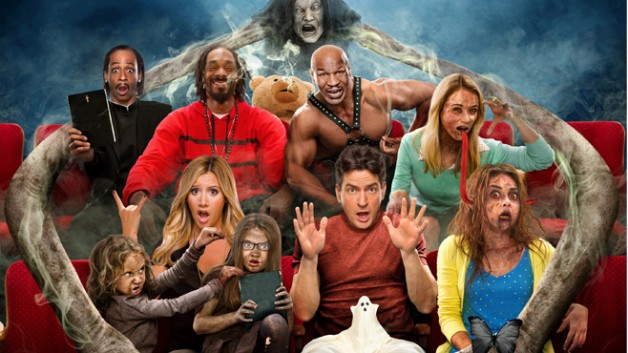 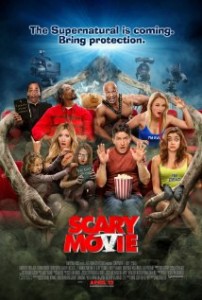 Thirteen years have past since the Wayans brothers debuted their horror comedy spoof, Scary Movie. Although not brimming with intelligence, the Scream imitation had an amusing, ill-mannered sense of humour and became a box office hit. However, with the brothers abandoning the franchise after the 2001 sequel and Naked Gun director David Zucker taking the helm, Scary Movie’s daring ways took an unfortunate nosedive.

Now, with a new director (Malcolm D. Lee) in tow and a charismatic Anna Faris abandoning ship, along with series regular Regina Hall, its time for High School Musical’s Ashley Tisdale to take the spotlight, and for controversial figures Charlie Sheen and Lindsay Lohan to poke fun at their never ending personal and legal troubles.

This fifth entry begins with Sheen and Lohan parading around a bedroom with video cameras plastered on the walls. The equipment is obviously not there for security purposes and the couple soon engage in some rather strange sexual activity. It’s the films strongest segment, apart from the closing credits, and the duo’s self-mockery is admirable.

However, Scary Movie 5 quickly plummets to an all time low, with parodies from Mama, Paranormal Activity and Black Swan taking the lead and relying on childish physical comedy to gain laughs. The slapstick approach is painfully lazy and unfunny, and the script abandons any attempt to generate any witty, self-referential jokes.

The presence of Anna Faris is also missed, her charm and ditzy facade was a huge part of the franchise’s success, and although Tisdale isn’t terrible, she doesn’t have the comedy chops to carry the film. An annoying Simon Rex reprises his role and embarrassing appearances from Snoop Dogg, Mike Tyson and Jerry O’Connell fail to tickle the funny bone.

Scary Movie 5 closes with a theatre performance of Swan Lake and one of the characters in the audience declares, “This is bullshit”. You know what? He couldn’t have described this movie more perfectly.