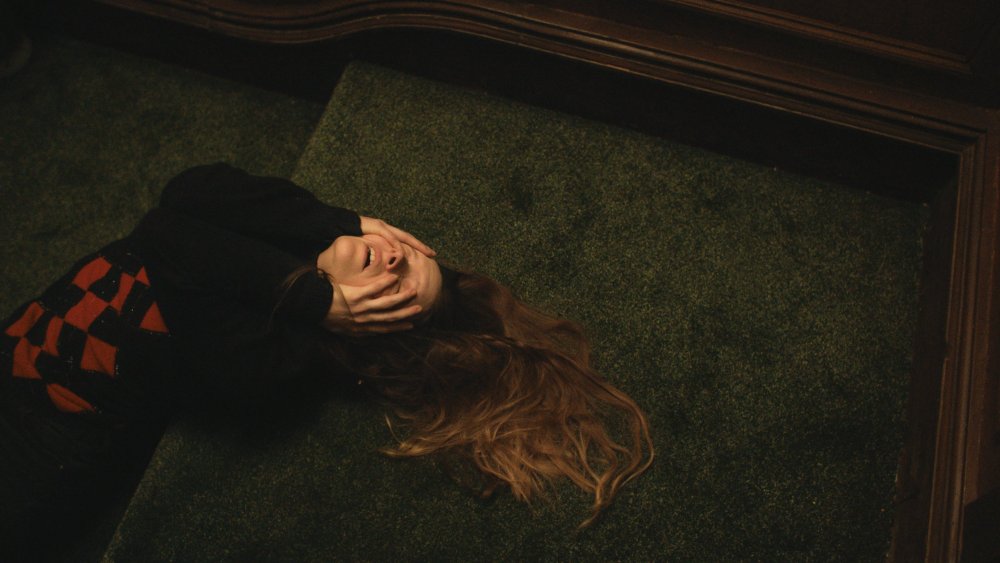 Religious fanaticism is always a great sub-genre in horror. Considering this is Rose Glass’s directorial debut is it a case of go hard or go home? Saint Maud made its rounds across the 2019 festival circuit with great praise for Glass and the film’s rising star Morfydd Clark. Picked up for distribution by A24, Saint Maud has erupted into the stratosphere.

The story follows Maud (Morfydd Clark) a reclusive young nurse whose impressionable demeanour causes her to pursue a pious path of Christian devotion after an obscure trauma. Now charged with the hospice care of Amanda (Jennifer Ehle), a retired dancer ravaged by cancer, Maud’s fervent faith quickly inspires an obsessive conviction that she must save her ward’s soul from eternal damnation, whatever the cost. From here, Saint Maud slowly brews into a frighteningly divine tale that will leave you on edge.

Rose Glass takes us back to the classic 60s/70s horror films that we love. Glass elevates Saint Maud into a new beast that lingers with you after you leave the cinema. Religious conversion works to the benefit of this genre. Maud has a past life she is trying to forget, and religion is the key to her salvation. Unfortunately, her new sense of faith has turned into a mutation of what it stands for. Maud becomes the shepherd of her mutated beliefs and we are her sheep.

Glass portrays Maud’s seclusion in the most tragic of ways – with a clear class divide between Maud the help, and Amanda the retired dancer. Maud is not to be heard or seen and, as she is the help, there is no concern or care for her wellbeing – while Amanda is the centre of attention. There is a tragic sadness to Maud’s psychosis and it becomes evident how faith has comforted her as her version of God has conquered and taken over her soul.

Visualisation is key to the film’s ambience as Glass uses arresting, close up shots. There is sheer brutish physicality within these shots that even the minor VFX feels genuinely real. Not since Luca Guadagninio’s Suspiria has this type of body horror been so brutally conjured. As you watch Saint Maud a keen eye is required to see some well-layered foreshadowing. The colour palette provides a stylistic ambience for Glass and it establishes the tone from the first frame. You understand the world of Saint Maud and Glass doesn’t let you go until the very end.

Morfydd Clark’s embodiment of her character is utterly haunting and unnerving in her physicality – it will be nothing short of iconic (in my eyes anyway). The Welsh actress brings a naivety that you would want from Maud, but her spiritual awakening conjures the most ferocious of demons.

Saint Maud is an outstanding directorial debut from Rose Glass that will chill you to the core.