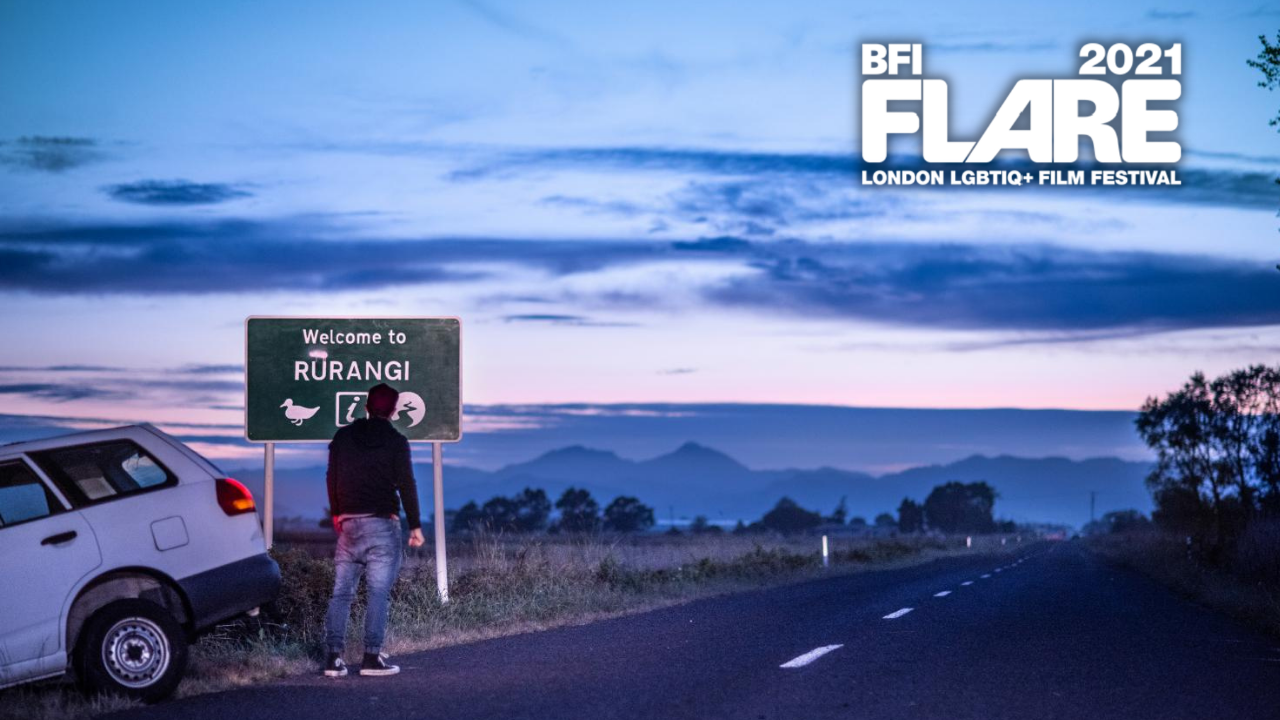 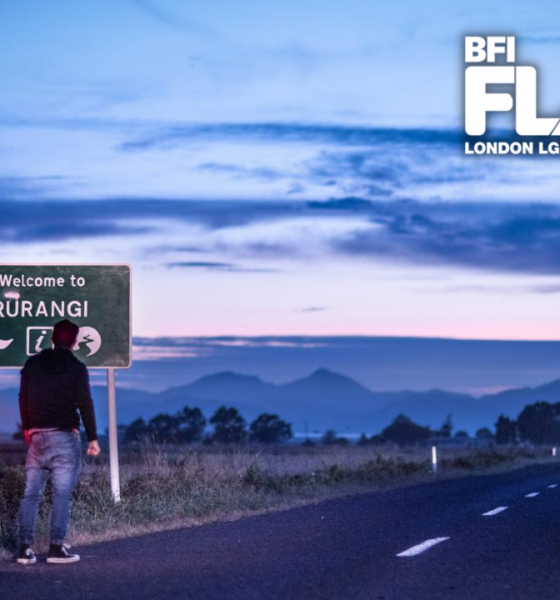 The emotional charge of Rurangi’s opening salvo somewhat carries a double meaning. Elz Carrad’s Caz entering the frame via a rear-view car mirror holding back the tears, driving along in a desperate bid to keep the pain of the past at a considerable distance. A transgender man seeking refuge from his homegrown small-town trappings, eager to find that safe space for himself and those he’s bonded with.

For activist/scriptwriter Cole Meyers. The sense of purpose in not succumbing to the tragedy and sadness that has previously greeted narratives centred around trans characters, which are so often left in the hands of cisgender filmmakers that would likely compromise their authenticity, is palpable from minute one.

Born out of a five-part web series. For the best part of a decade, Caz (Carrad) has been developing his voice on the streets of Auckland, plastering posters wherever he can in order to change outdated attitudes and protect fellow members of the trans community. He returns to the modestly sized community of Rurangi for the first time since transitioning paralysed with fear, agonising over the reception he is about to receive.

Such trepidation is rooted in the loss of his mom within the years since he left, leaving him absent from her funeral and at the mercy of his dairy farmer dad Gerald (Kirk Torrance), who is too preoccupied challenging local authorities in the removal of chemical fertilisers that may have played a part in her death. A warmer welcome is found in the arms of Anahera (Awhina-Rose Ashby), who is looking to overcome an identity crisis of her own, learning her pepeha to reconnect with her Maori roots. Alongside Jem (Arlo Green), an ex-boyfriend of Caz’s who is struggling to hide the feelings he still retains for him. Can that fire be reignited?

Rurangi revels in the idea of broadening possibilities for the trans community, with a fittingly gritty aesthetic from director Max Currie to ground that determination. The prejudice may linger on the outskirts, but within the spaces shared by its ensemble, there is a bracing honesty and real sense of catharsis attached to their beautifully conceived conversations.

The tinge of orange lighting up an illuminating exchange between Caz and Jem on a bench, skilfully and sensitively navigating the complexities of gender without judgment, both clearly wanting that green light to resume their love story. The poignant power that lies within the repair of Caz’s relationship with Gerald in a hospital, recognising the previous failures of not eradicating issues earlier, when they should have at least been united in their shared grief. There are varying degrees of shame scattered throughout its protagonists, but the film refreshingly refuses to have them be defined by it.

The growth of Caz lies in his progressive figure stance. Beginning slouched in his trustee black hoodie. Standing tall and assured by its rousing finale, that is a shining example of how even at a local level, marginalised voices long silenced can breakthrough. Given it’s his first acting role, Elz Carrad is nothing short of remarkable. The gruff, grizzly nature of Kirk Torrance’s Gerald is fantastic in maximising the friction between him and Carrad’s Caz, with the radiant presence of Awhina-Rose Ashby’s Anahera, who brings welcome comic relief and the utterly endearing qualities of Arlo Green’s Jem, juxtaposing the frustrated father figure superbly.

In a time where the fight for actual queer representation in telling these stories is raging evermore. Definitive proof lies in the beating heart of Rurangi. Simply outstanding.