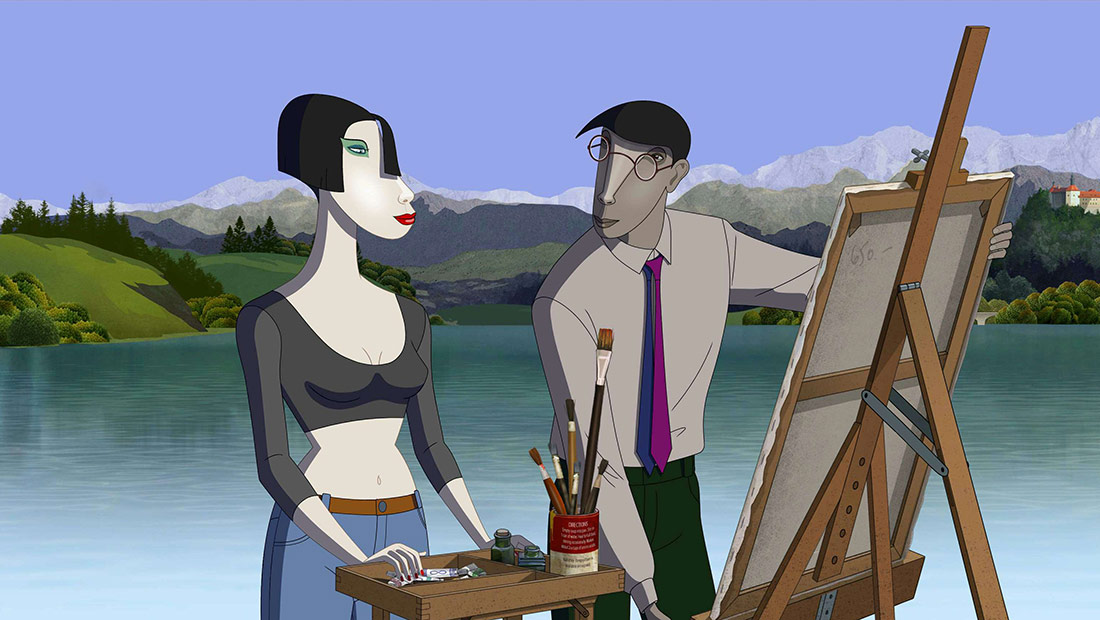 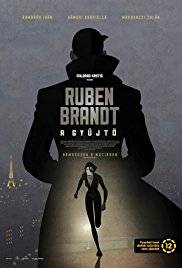 Haunted by nightmares, famous psychotherapist Ruben Brandt is forced to steal thirteen of the world’s most famous works of art in order to ‘possess his problems’ and release him from the persistent dreams.

Accompanied by four patients he robs famous art galleries around the world, becoming the most famous criminal in the world. Pursued by the police, gangsters and bounty hunters interested in the $100million reward for his capture, Brandt must also deal with a formidable adversary: Mike Kowalski, a private investigator hired by insurance companies as well as help his patients.

As adult animations go, Ruben Brandt, Collector is probably one of the more reserved when looking at the company it keeps. Don’t however, let that take away from the fact that this movie is like an acid-trip from start to finish – think A Scanner Darkly but set in the Louvre; It’s Loving Vincent but only the ear-removal stage. Yet none of this is by any means a bad thing.

Taking in a wide array of famous artistic styles as well as numerous references to pop culture, Ruben Brandt, Collector is visually astounding at times, if a little too far out at others – it’s certainly a film that will divide audiences.

Occasionally dipping it’s toes into the world of psycho-therapy means there is a deeper narrative than it first appears, the idea of possessing your problems is taken literally as each artwork is stolen and displayed on Brandt’s wall. Subliminal messaging and nature v nurture in a child’s upbringing form part of the wider story as Brandt and Kowalski search for answers to their individual problems.

The film does fall victim to being ‘Over-Americanised’ at points, especially some of the voice acting from the predominantly Hungarian cast sounding too westernised – perhaps understandably so in order to appeal to a more global audience.

Alongside the animation, the jazz covers of pop songs are a creative addition, as is much of the film’s soundtrack – the slowed down songs provide a clever juxtaposition to the films relatively fast pace.

The film will certainly not appeal to everyone, but that shouldn’t take away from the fact that Ruben Brandt, Collector is a unique, largely enjoyable experience with sumptuous animation.