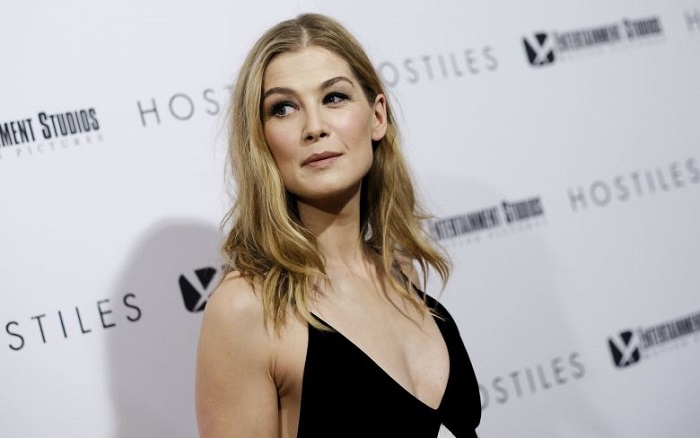 In the wake of the #MeToo movement, many in Hollywood have felt galvanised by the support and culture of understanding that seems to have now replaced the Boys’ Club attitudes of old, and have revealed glimpses into the seedy world of casting. Now, Gone Girl actress Rosamund Pike has revealed that she was asked to strip for her audition for Pierce Brosnan’s much-maligned final flick as the legendary super-spy James Bond, Die Another Day – and that refusing actually won her a part.

“My first audition was for a Bond film, and I remember them saying I was to drop my dress and appear in my underwear,” Pike said in an interview with Audible, “On the day, I don’t know how I got the resolve and strength of mind, but I just thought, ‘Actually, sod that, if they’re gonna see me in my underwear, they better give me the job.’ So, I thought, ‘There’s no way I’m going to take off a dress in the audition for this tape to be sent around Los Angeles and to be judged on that.’”

Reportedly Pike had showed up to the audition, which required formal wear, in a silk gown that had previously belonged to her grandmother.

The costume designer told her, “‘That’s a very beautiful dress, but, in Bond films, we wear things a little more like this,’ and she held up three pieces of string. I realised I was in a completely different world and way out of my depth. So, I put on this shimmering sheath, or whatever the order of the day was, but I didn’t drop it.”

The Hostiles actress then explained that her refusal earned her the respect of the producers, and she was cast as femme fatale Miranda Frost.

Rosamund Pike can next be seen as legendary war correspondent Marie Colvin, in Matthew Heineman’s forthcoming A Private War.