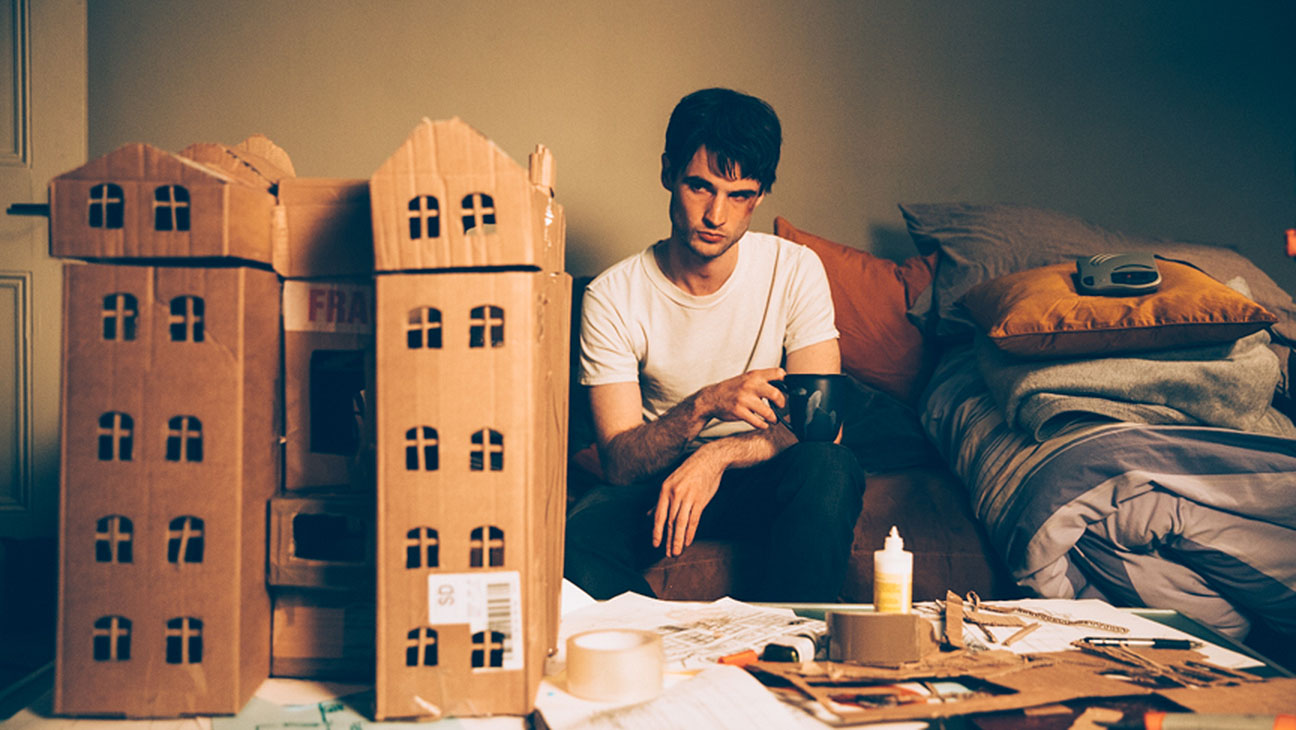 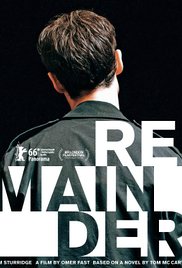 Remainder is available to rent on We Are Colony

In Remainder, his debut feature, Omer Fast gives us his take on Tom McCarthy’s brilliant cult novel, an original, reality-bending, psycho-thriller which submerged us in the bizarre mind-warp of a damaged protagonist.

A young man is left both mentally and physically shattered after a mysterious accident in which he is struck by heavy debris falling from the high glass-canopy roof of a swanky London building.

As Tom Sturridge’s nameless character awakes from a coma, he finds he cannot remember the accident that smashed his body or the events leading up to it. As he struggles to recover, he accepts an offer from the company responsible that will pay him eight and a half million pounds in compensation, if he agrees not to pursue any legal charges or ever mention the accident in any public forum.

The settlement is more than any judge would award in court, so he agrees and finds himself very rich indeed, in fact, rich enough to pursue any odd whim he may be entertaining. What he uses his new-found fortune for, is to indulge his obsession with re-staging in absolutely strict detail, the disjointed events he recalls, in the hope of regaining his memory of the past.

He starts by hiring a well-connected fixer called Naz (Arsher Ali) as his project manager, whom he tasks in tracking down and then buying and converting an entire London apartment block which he has been seeing in his incoherent waking-dreams. His next step is to choose actors to play his ‘neighbours’, who he remembers only in snapshots, so he commands his assembled cast to replay the same mundane tasks in his building on a constant loop. His attention to detail is maniacal – even down to hiring cats to sprawl on the rooftops.

As the young protagonist grows ever more ambitious and dictatorial, his narrative grows more unreliable. He chooses to re-stage a violent shooting in his neighbourhood, in which he may partly have been a catalyst. This leads him on to replicating a full-scale bank robbery on a giant Hollywood-like sound-stage, in a set meticulously dressed like an actual bank in a real London street.

As the young man pushes to make his faked scenes ever more realistic, pieces of the puzzle are revealed but reality itself begins to fray at the edges. Scenes, characters and lines begin to loop through the story as recurring motifs. “We’ve had this conversation before, don’t you remember?” becomes a repeated question in various dialogues, riffing on concepts of reality, replication, repetition and memory.

Omer Fast seems to be playing with traditional notions of sequence to deconstruct a linear order of events and make palpable the central dilemma of his leading character. Tom Sturridge (seen most recently in BBCs The Hollow Crown) gives a compelling performance as the driven, overbearing, yet fragile character whose frenzied preoccupation provokes an increasing atmosphere of foreboding, as he tries to reconstruct what seem to be random elements of his existence to some level of coherence that will reveal his truth.

Sturridge’s stiffened gestures and enigmatic dreaminess, paired with shifts in focus and disorienting sound effects, work to simulate the perceptions of his damaged mind and body. He is ably supported by Arsher Ali’s wonderfully British ‘Naz’, revealing a slightly comic bemusement when rationalising his boss’s eccentric demands, along with a stoic professionalism, as an increasingly intimate and complex relationship develops between the two characters.

Although Remainder exhibits some limitations that beset most low-budget debut features, it is an impressive and intelligent adaptation of McCarthy’s experimental novel. It has a feel for the shocking and sinister and honours thriller tropes without sacrificing the novel’s essential oddness. The film ends on a satisfyingly cyclical twist, which for me, makes Remainder one of the most original and intellectually engaging psychological-thrillers I’ve seen since Chris Nolan’s Memento.