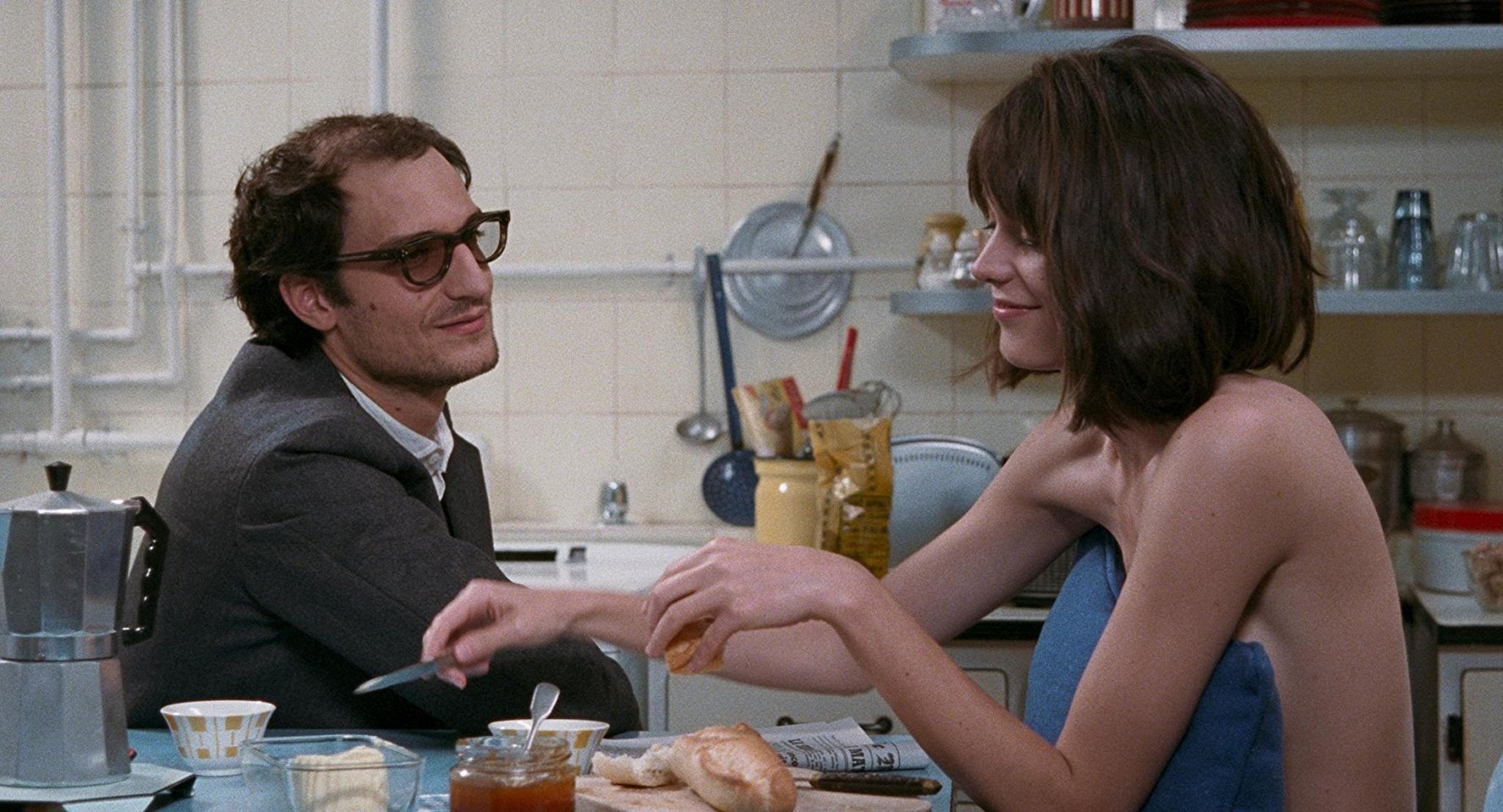 Having charmed international audiences with the Oscar winning The Artist back in 2011, Director Michel Hazanavicius returns to the theme of classic cinema, turning his gaze upon the pioneer of the French new wave, Jean-Luc Godard. However, fear not. Redoubtable is not a starchy biopic, merely open to those with a vast knowledge of the Director and his films. It is actually a story about love and relationships, sprinkled with sparkling light humour.

Based on the book ‘Un an après’ (One year later) written by Godard’s second wife Anne Wiazemsky, Redoubtable charts their growing relationship and marriage despite a nearly twenty year age gap. At the outset of the film, the audience learns that Anne is telling their love story and as it unfolds, you feel you are watching the events from behind her large emotive eyes.

The year is 1967 and Jean-Luc and Anne are in love. He proposes and their married life begins. Focusing purely on the pair together, everything seems effortless. Even as they make love, a wedding ring appears on Anne’s hand. However, as the political climate intensifies, Godard becomes more dissatisfied with his work and further engaged with revolutionary change. The problem being, that he is seen as part of the old system and therefore not readily accepted in to the fold. With his sense of purpose increasing and his frustration rising, he starts to reject his previous work and becomes fixated on joining the youth fighting for political change. His relationship with Anne suffers as she sees the man she loves changing, whilst he pushes friends away and alienates the world he once thrived in. Jean-Luc’s commitment is strong, but is depicted with humour; he repeatedly replaces his broken glasses, as they are crushed from one scuffle to the next. The drama lies beneath the surface, allowing the light-hearted tone to dominate. It will be personal preference for people to decide whether it is at times too frothy.

The film owes much of its success to the performances and actors’ rapport. Stacy Martin evokes a strength and vulnerability in the role of Anne, who appears enamoured and dazzled by the aura of Godard and tries to cling to those feelings despite the changes that occur around her. Similarly, Louis Garrel as Godard gives a committed and engaging performance, dropping lines lightly that land with harsh impact and mixing moments of charm with a sense of unaware arrogance.

Stylised voice over, the colourful repetition of red, white and blue and with the overall look of 1960’s cinema, Redoubtable is a visual treat. It succeeds in blending a sense of homage with a fresh vision, which may not be surprising given Hazanavicius’ previous work. A stand out scene involves Godard and friends arguing whilst trapped in a cramped car on the way back from Cannes. It sums the film up in one short moment.

If you are looking for a revered take on Godard the auteur, then you may be disappointed with Redoubtable, but as a story of love and self, told with a whimsical air, you should be satisfied. Plus, whilst it may not be The Artist, it is still an incredibly good-looking film.