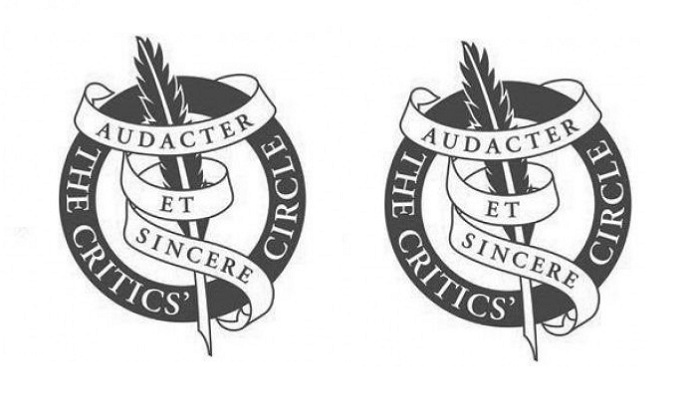 As I’ve said before, it’s a tough, dirty chore going to glamorous awards events but, someone has to do it. So, once again I selflessly hit the red carpet on Sunday evening to bring MovieMarker readers a little of the glitz that is the London film critics awards. As the big awards ceremonies become ever more bloated with their political pomposity and lose viewers by the millions, this charming little untelevised event gets slimmer, trimmer and more enjoyable by the year.

Possibly my favourite event of awards season, it’s less frenetic than the Baftas and has mastered the art of being fun and informal but with the credible seriousness of a festival prize giving ceremony. 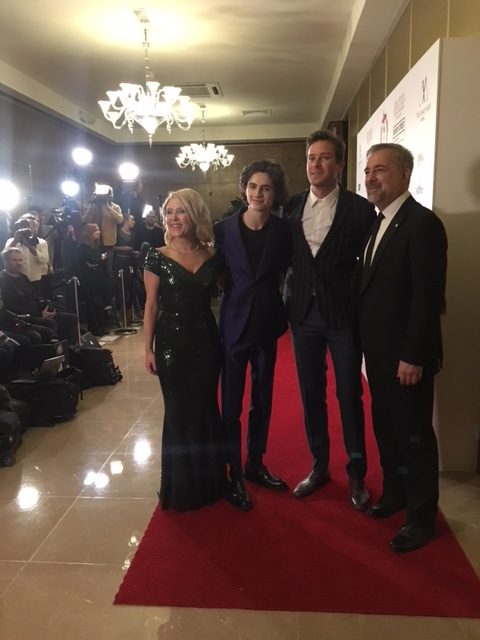 I’ve attended the ceremony and afterparty for many years now and have had the most amazing experiences; calming the nerves of a tiny, fragile French actress called Marion Cotillard before the rest of the world woke up to her magnificent performance in La Vie en Rose, chatting about South Korean films with Martin Scorsese like it was the most natural thing in the world, listening to Helen Mirren telling us about her €49.99 ‘hooker shoes’, watching Jean Du Jardin being impossibly French and charming……it’s always been a great evening.

This year was just as good. The glamour came courtesy of Kate Winslet who hit us with the triple whammy of being beautiful, talented and friendly. She received the Dilys Powell award for excellence in film and richly deserved the two, huge standing ovations she got, the first for her illustrious career which, she reminded us was kickstarted by Peter Jackson when she was just 17 with Heavenly Creatures and then for her rousing speech about the ugly side of Hollywood, recently busted with a string of allegations of harassment by a number of women. Winslet admitted that she had ‘bitter regrets’ about poor decisions she had made in her own career, namely to work with some of the accused men. Most likely, she was referring to Harvey Weinstein whom she famously did not thank after winning her Oscar for The Reader. Weinstein’s name was not mentioned but the bulky producer was, undoubtedly the elephant in the room, so to speak.

Dover Street Entertainment is honoured to be sponsoring the prestigious Critics Circle Film Awards. We consider ourselves to be storytellers and we are very proud to be part of an event that celebrates that achievement in both the UK and internationally. As an organisation we hope to be able to continue to support those who strive to tell the stories that need to be told. Founder/Producer Graeme Scott, Dover Street Entertainment

Winslet’s career achievement award came at the end of a crisp, shortish ceremony hosted by Alice Lowe and Steve Oram who, perhaps, best captured the shapelessness of the #metoo campaign by suggesting that, as a man in the film industry, Oram would say nothing about anything all evening for fear of being accused of something, ‘while I can say anything the **** I want,’ chimed in Lowe! Ouch!

In truth the most likely recipient of unwanted advances at this event was always going to be the perfectly sculpted Mr Armie Hammer but I’m pleased to report that the female guests managed to restrain themselves – just! Although one woman did confess to me that she had never, in her life, swooned until it was Hammer time at the party…..

The critics circle usually has a pretty good track record when it comes to picking eventual BAFTA and Oscar winners. However I’m not too sure this year’s winners will follow suit.

Hugh Grant picked up a best supporting actor award and made the funniest speech of the night. ‘Brexit, Trump and now me! It truly is the end of days,’ he quipped. While he is nominated for a BAFTA and could just repeat his success there, the Oscar is likely going, deservedly, to Sam Rockwell.

Likewise Timothee Chalamet triumphed as best actor here but unless the campaign against Gary Oldman gets really ugly, he is unlikely, at his tender age to repeat the success at either the Baftas or Oscars. Similarly, Daniel Kaluuya beat Daniel Day Lewis and Gary Oldman to take the British/Irish best actor gong but, frankly wasn’t even the best actor in the clip they played from his film, so seems an unlikely winner at either of the major ceremonies.

The awards were on surer ground with Frances Mcdormand as best actress. She’s sweeping the board so far and seems unstoppable but the critics circle also hedged their bets with Sally Hawkins taking the best British/ Irish actress prize. She is touted by some as the one who could trip Mcdormand up at either or both the Baftas and Oscars. I’d say that’s unlikely though not impossible.

The big award, film of the year, went to Three Billboards Outside Ebbing, Missouri.

Best director went to Sean Baker for his criminally overlooked The Florida Project.

The nicest note of the evening came with a tribute to the late, great film critic Barry Norman. As the critic who people allowed into their living rooms, he was said to talk about film with warmth, wit and authority.

These awards were a worthy tribute to those qualities.

The Best Casino Scenes In Movies