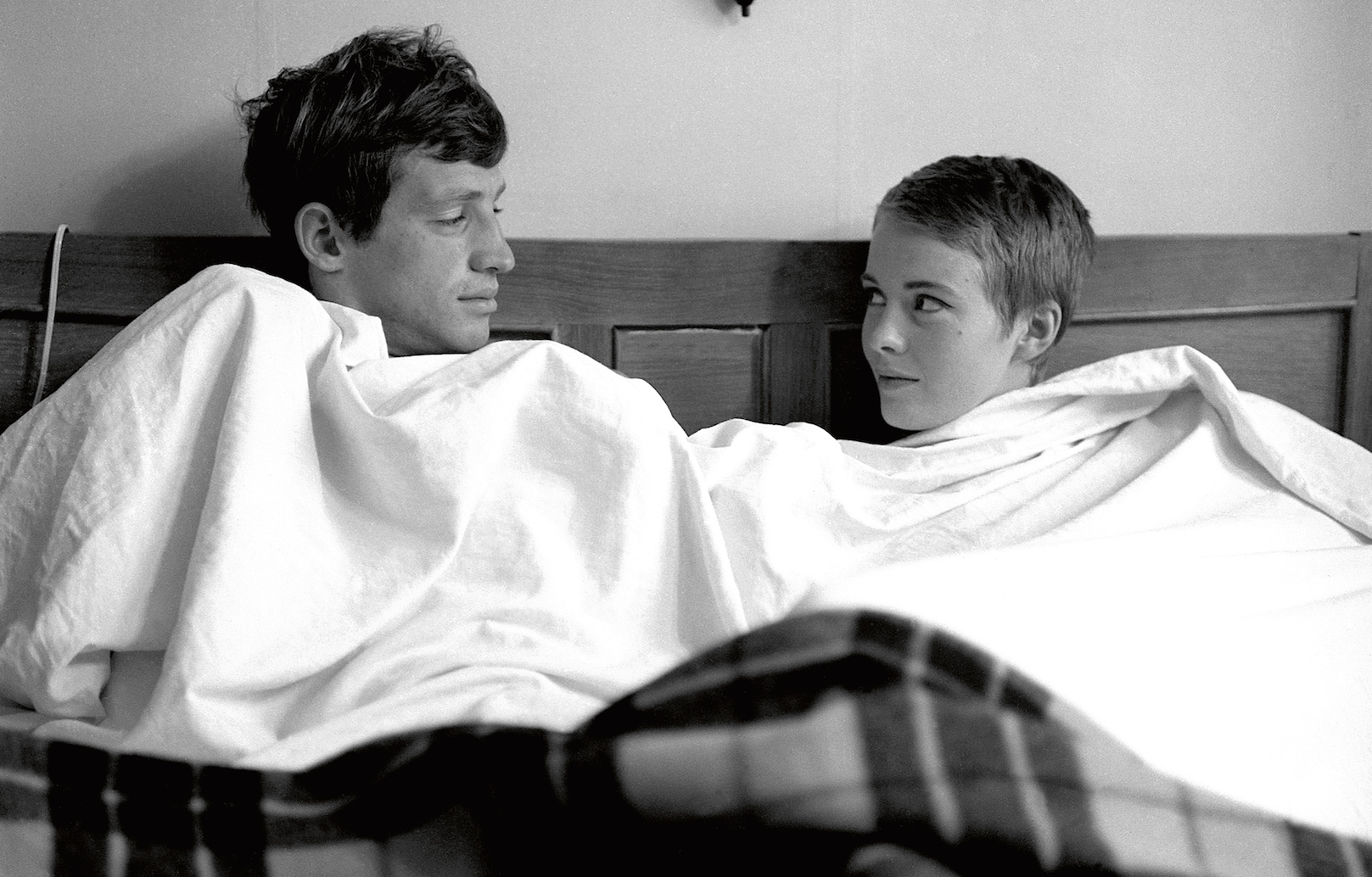 We were lucky enough to be invited to attend the opening of the exhibition and we can tell you for sure that if you happen to find yourself around Piccadilly Circus or Oxford Street and are a film fan, you should reserve a few minutes of your day, make a small detour and have a look. The classic black and white photos have the power to take you back in time during those few minutes, back to the old days of cinema and movie making.

One of the most influential and innovative film-set photographers of his day, Cauchetier – who currently still lives in same Paris apartment in which he was born in 1920 – was for many years the unacknowledged genius behind some of the most iconic images of 1960s French cinema. Following a sustained campaign to have his work recognised, and with events such as the 50th anniversary of the release of Jean-Luc Godard’s À Bout de Souffle (Breathless) in 2010 driving a resurgence of interest in New Wave cinema, Cauchetier is now able to claim his rightful place in French photographic history. 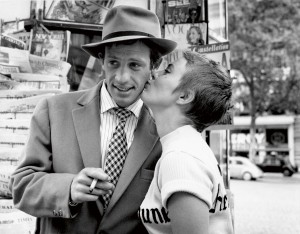 James Hyman, the Director of the Gallery, mentioned: ‘Raymond Cauchetier’s photographs are Icons: the definitive photographs of French New Wave Cinema. We are proud to represent Raymond and honoured to be staging this exhibition to celebrate his 95th birthday. We are particularly delighted to present works that have never previously been editioned. ‘

When asked about his work, Raymond Cauchetier said: ‘My photographs of cinema’s Nouvelle Vague (New Wave) that are the subject of a new book and of the James Hyman Gallery exhibition languished for a long time in production archives. They were, nevertheless, the first pictures to reveal the radical change provoked in the world of film-making by the methods of the Nouvelle Vague. At the time they were disconcerting to those who thought on-set photographers should simply record the film’s scenes, no more and no less, and who regarded my photographs as intrusive, a betrayal of trade secrets, and a waste of time. Fortunately, with the passing of time, attitudes have changed and now these photos, finally rediscovered, are appreciated as enriching our understanding of these films.”

So, if you find yourself having a free afternoon, you are a Belmondo fan or simply a photography lover, take a walk around the city and stop at the James Hyman Gallery. You still have a chance, for a few more weeks, to experience a glimpse of Nouvelle Vague film-making.