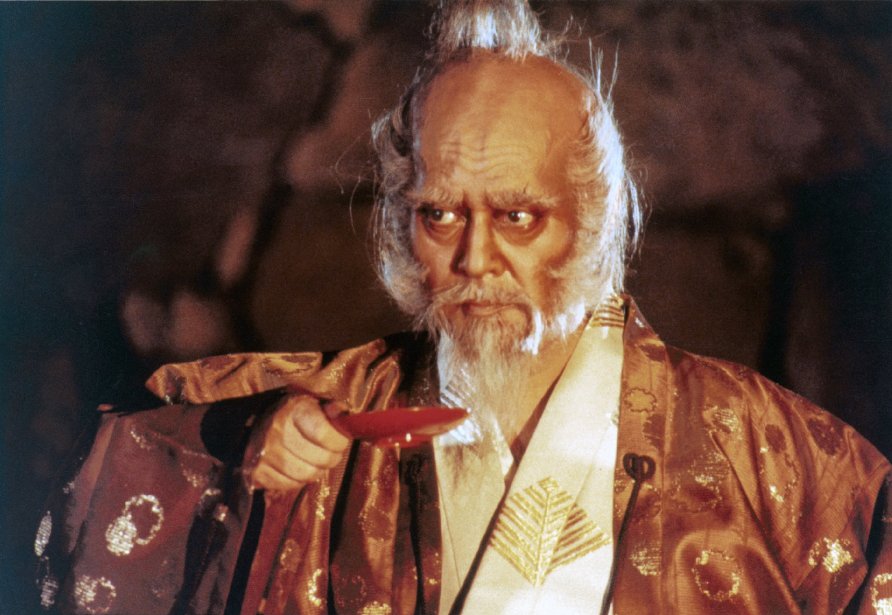 In Cinemas This Week

It’s hard to escape this year’s 400th anniversary of Shakespeare’s death – assuming you want to, of course.  On top of the many theatres getting in on the act, BFI’s Shakespeare On Screen season runs throughout April and May on Southbank and on BFI Player.  If there’s a jewel in its big screen offering, it has to be Akira Kurosawa’s “Ran”, which returns in a newly restored 4k version to mark its own 30th anniversary.

In Japanese, the title means “chaos”, “turmoil”, “fury” and they’re all here in equal measure in what turned out to be Kurosawa’s last big film, his meditation on Shakespeare’s “King Lear”.  It wasn’t his first adaptation of Shakespeare – “Throne Of Blood”, his re-working of “Macbeth” came nearly 30 years before – but this one would be his last.  More importantly, it would also prove to be his masterpiece, not I word that I use very often.

It’s a version of the story that sticks fairly closely to the original, although Shakespeare fans will spot that he almost totally dispenses with the Gloucester sub-plot.  The Great Lord (Tatsuya Nakadai) has reached 70 and decides to abdicate, dividing his kingdom between his three sons and giving the most power to the oldest. The youngest, Saburo (Daisuke Ryu) speaks out against the idea but the old man isn’t accustomed to being challenged and banishes him, leaving the way clear for the other two to take over – and for the inevitable and bloody struggle for ultimate power.

The degree to which we sympathise – or don’t – with Lear has always been one of the great debates surrounding the original play.  While Peter Brook’s 1971 film gave us an unpleasant king with few, if any, redeeming qualities, it was an approach that didn’t completely fit with the “man more sinned against than sinning” that we saw on the screen.  Kurosawa’s takes some of his inspiration from Brook and, because he’s also responsible for the script, he has more latitude in creating the character.  So this king is a brutal warlord who has slaughtered his enemies without a second thought, and a distant father to his children, simply expecting them to do his bidding.  There’s a sense that he’s getting his just desserts for the way he’s treated those around him, even though his ultimate plight still evokes sympathy – on screen as well as among the audience.

Where Kurosawa moves away from the original is in his creation of Lady Kaede (Mieko Harada), wife to the eldest of his three sons.   While there are echoes of the evil daughters in the original Lear, she’s actually the focus of the sub-plot for this version, one that only emerges in the second half of the film.  Before then, we hardly see her, although when we do, the few words coming out of her mouth indicate trouble ahead.  She’s driven by political ambition and a blinding desire for revenge on The Great Lord, who killed her entire family, and is a gloriously cold blooded creation, who stops at absolutely nothing to achieve her ends.

The film’s real power – and it’s all consuming – is in its visuals.  Kurosawa had originally trained as a painter and all his storyboards were full scale paintings.  And they’ve never been brought to life like this before or since, especially in the enormous, sweeping battle scenes, with their brilliantly coloured banners rippling in the wind, and the roaring colours of the fire destroying the castles.  The real stroke of genius comes in the extended battle sequence half way through.  It’s almost like watching a silent movie: all the visuals are there, keeping you glued to the screen, but there’s no sound.  Instead, there’s simply the soundtrack, a mixture of Japanese sounds and Mahler-esque classical music.  It’s truly a scene of cinematic genius, unique and spellbinding and even more remarkable when you realise that Kurosawa’s own eye sight was fading at the time that it was filmed.

I saw “Ran” on the big screen when it was first released: to see it anywhere else is to do it a disservice.  Those battle sequences were so indelibly etched on my memory that I just about fell over myself at the thought of seeing it again and in a newly restored version.  It didn’t disappoint.  If anything, it reinforced those long lasting impressions of a genuinely unique cinematic experience, a truly unforgettable movie.  If you’ve never seen it, you should.  If you have, see it again.

Ran is released in cinemas on 1 April.