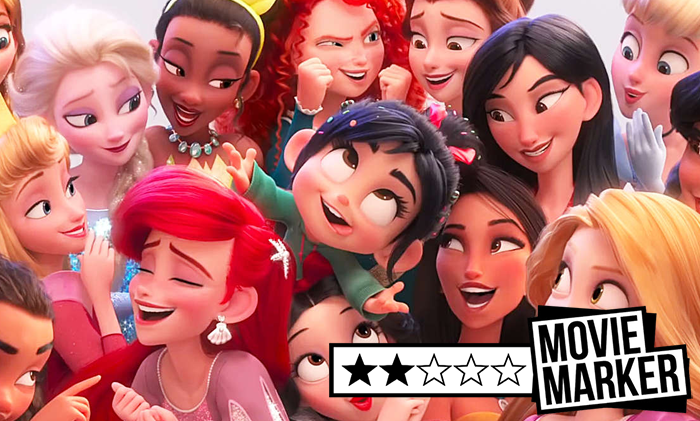 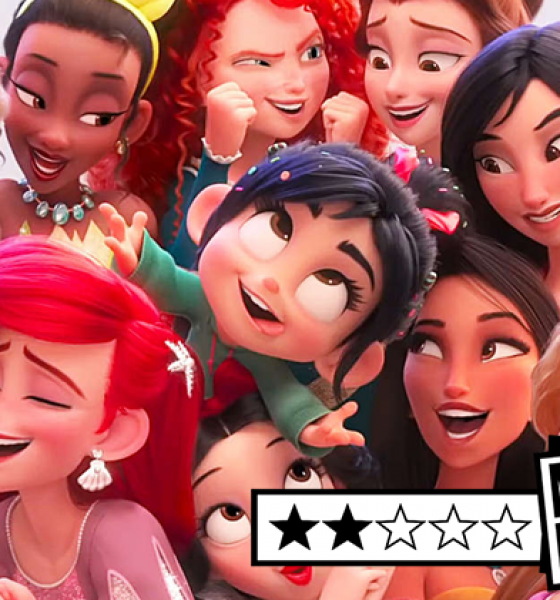 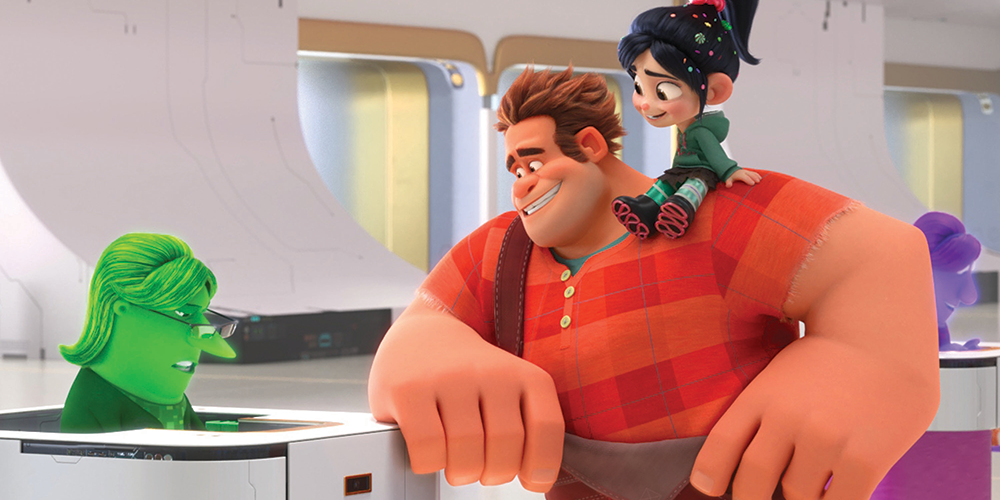 The only thing worse than getting a sequel to a movie that outright never needed one to begin with is to be presented with one that’s either noticeably phoned in or straight-up derivative. Ralph Breaks the Internet manages to be both of those, veering between the two points wildly as it succumbs to a basic standard you’d expect if the remit had been to Disnify The Emoji Movie to the narrative standard of The Return of Jafar.

Picking up six years from the events of Wreck-It Ralph, now-content video game villain Ralph (John C. Reilly) has found his ideal life – spending his days performing his role, but his evenings having fun with newfound friend Vanellope (Sarah Silverman). Vanellope’s less thrilled with the new repetitive status quo, however, a sentiment she gets to confront when Ralph’s actions bring about the destruction of her home and the arcade cabinet containing it. Setting out for the newly discovered realm of the internet, the pair embark on a quest to find the required spare parts to restore her home by themselves, a quest that will take them through the world wide web itself and into not only online multiplayer gaming, but into the strange world of viral videos to boot.

Failing to reach the higher quality levels of recent animated sequels such as Finding Dory or Incredibles 2, Ralph Breaks the Internet manages its share of decent chuckles, though constantly feels hampered by the prevalent injection of what feel like corporately-mandated trends to appeal to more zeitgeist conscious children. Emoji Movie comparisons abound, though prove particularly unavoidable with the presence of one rather notable Emoji alum and the wholesale lifting of one very significant visual Twitter gag.

Reilly and Silverman remain as likable as ever, though the former notably receives less focus or coherence, and the latter excels more when dealing with a subplot that feels like an afterthought than at any other time we’re supposedly intended to be invested in her character. Given how much of the likability of Wreck-It Ralph centered around their pairing, the decision here to largely split them up into two separate storylines feels at best misguided, at worst woefully negligent on the part of writers Phil Johnston and Pamela Ribon.

That subplot for Vanellope though proves an intriguing point. Having featured prominently in the film’s marketing, a story element involving the exploration of Disney Princesses and their own sense of agency in the face of the Disney brand itself ultimately results in something of an accidental byproduct – a storyline that would doubtless have proven infinitely more interesting than the dial-up quality of what we’re actually given. Ralph’s YouTubecentric storyline feels like the idea’s been stuck buffering since inception, while Vanellope’s actual storyline – that she’d be better off as an online character – makes little to no sense considering literally any of what’s come before.

It’s a bright, vivid and visually intriguing display, no doubt, but, on a basic narrative level, Ralph Breaks the Internet feels hamstrung and never even close to justifying its own existence. Stack it up against its predecessor, meanwhile, and it fares even poorer – with none of the heart and introspection that made the 2012 original such a barnstormer to begin with.

There are enough laughs to excuse Ralph Breaks the Internet as a passably enjoyable enough animated comedy, but as the latest potential jewel in the Disney crown, this sadly lackluster installment lacks any real sparkle.