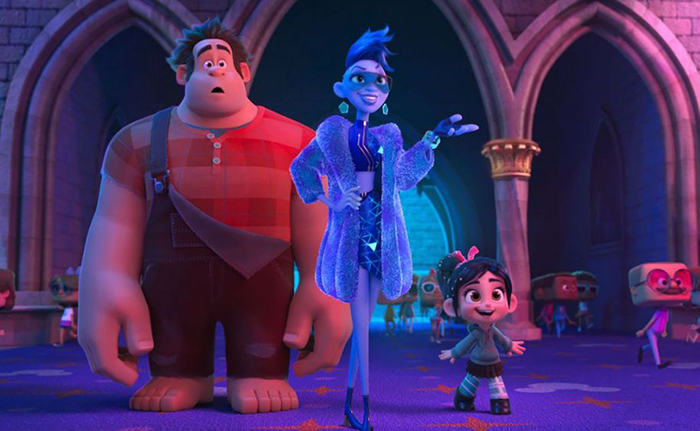 Disney’s upcoming sequel, Ralph Breaks the Internet, is on track to score an impressive Thanksgiving weekend domestic debut, with the House of Mouse supposedly bracing for an $80+ million five-day opening this week.

Some industry insiders are being even bolder with their projections, with a few even suggesting a $90-$100 million opening; a feat which would comfortably smash the former Thanksgiving weekend box office record previously set by Disney’s Frozen in 2013, which opened with a cool $93.6 million.

Wreck-It Ralph, which launched in 2012 to the tune of $49 million, is being dramatically over-shadowed by its follow-up feature. That film would later go on to complete its theatrical run with an impressive $189 million domestic, and a $471.2 million global total, so the roadmap is looking good for Disney.

The original film was something of a red-headed step-child upon its release, underperforming compared to its fellow Disney stablemates of the time (with Frozen, Zootropolis, and Big Hero 6 each beating it with $1.2 billion, $1 billion, and $657.8 million respectively). The sequel seems to be comfortably making up for that reputation, with many predictions putting the flick on course for an eight-figure international run.

Ralph Breaks the Internet will reunite John C. Reilly and Sarah Silverman as the lovable duo Wreck-It Ralph and Vanellope Von Schweetz, and the sequel will see the two risk it all by traveling to the World Wide Web in search of a replacement part to save Vanellope’s video game; Sugar Rush. As the two face all manner of digital delights and pixelated perils in their quest, they’ll come face to face with some of the biggest names in (Disney-owned) pop culture, all in a bid to save the ones they love. The feature is due for release in the UK on the 30th of November, and will be rated PG.