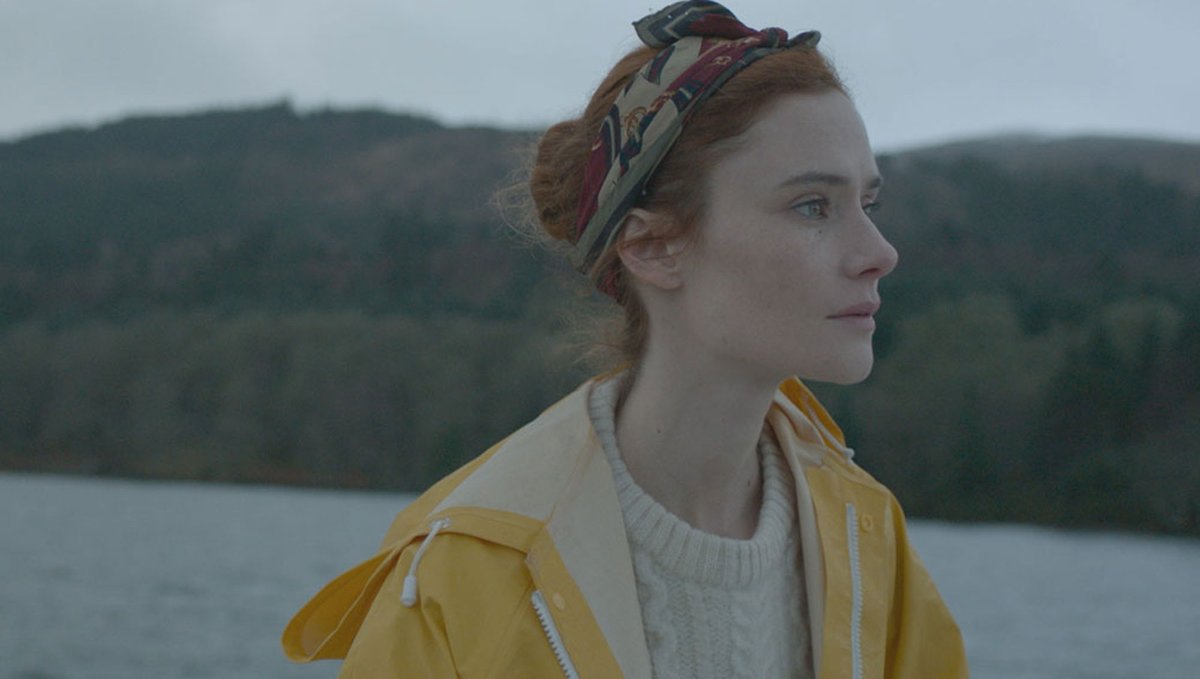 “We are not all what we seem”

The Dark Miles starts on a moving train.

London couple, Louise and Claire, are on their way to Scotland for a boat trip through the Highlands. Louise looks passively at the window with her earplugs while Claire is busy juggling between her phone, her ipad and her laptop, completely unfazed by the criticism of other passengers. Louise, on the other hand, does notice.

Arriving at their destination, the girls receive the coldest welcome from its inhabitants not delighted to receive a lesbian couple or at least that is what they would have us believe.

The start of the film echoes a sensual romance but mysterious phone calls and suspicious behaviors from the locals quickly suggest that something not entirely right is going on. The tortured dolls floating in the surrounding water should have been a sign to evacuate promptly. The director avoids sticking to one particular genre and easily makes us jump from a couple’s intimate moment to a young girl running away in a dark forest to a boat chase through the Scottish highlands. And just like we are back to beauty.

Those adverse to horror, as myself, will be pleasantly surprise and others will hopefully find the opportunity to admire John Pardue’s sumptuous cinematography that captures perfectly a sense of paranoia throughout the entire film.

In the most beautiful scene of the film, the camera faces the boat with Louise and Claire as she reads out the story of a mystical statue with seven heads. The camera follows the boat as it advances on the water and suddenly the statue makes a magical appearance in the foreground.

The Dark Mile takes the risk to go beyond the story while most thrillers and horror often mainly rely on it. The dolls may be the only traditional horror element Gary Love included in addition perhaps to the flashbacks of Louise’s traumatic child loss. Instead we are free to enjoy everything else such as its characters, the sound and the breathtaking background.

Both lead actresses have impeccable chemistry and do a good job at portraying two very distinct characters. Louise is clearly traumatized by a past trauma but Rebecca Calder gradually transforms her from a passive and fragile victim to a much stronger woman, both curious and determined.

Deirdre Mullins’s portrayal of Claire is touching and full of life. Claire could have easily come across as a horrible person but Mullins gives her wittiness, warmth and strength that make her the most relatable character of the film while all of Sheila Hancock’s appearances are terrifyingly sweet.

As with genres, the director enjoys playing with rhythm. There is a relatively slow pace throughout the film and yet there is a lot of movement. Just like a boat chase, all the characters seem to be chasing something and are being chased in return. Claire is desperately trying to reconnect and communicate with Louise while Louise seems determined to find some kind of liberation or answers to those strange incidents. Louise needs this trip but what Claire needs is simply Louise.

The ending comes unexpectedly fast and a new Louise comes to light. The last scene shows a close-up shot on Louise, wrestling with the consequences of her action, almost frozen but in no way passive.

We all get this funny habit of having way too many expectations when seeing a movie. Those three little elements a film must have to be deemed worthy of the names Rom-Com, Slasher or even Psychological thriller.

The Dark Miles is unusual for sure but in the most refreshing way!