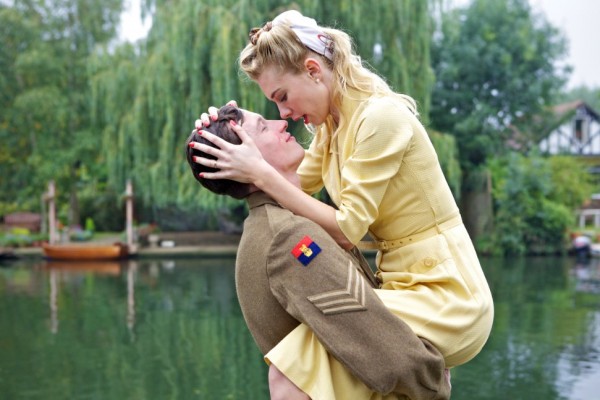 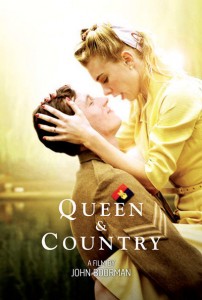 To describe director John Boorman’s relationship to England as ambivalent is an understatement. For many years, the British-born director, now aged 82, lived in Ireland and in his later years made a series of films with actor Brendan Gleeson (The General, A Tiger’s Tale) – Gleeson describes Boorman as a mentor. In a filmography best described as eclectic, Boorman has made two iconic films – Point Blank (1967) and Deliverance (1972). His concern for global issues is expressed in his Aung Sun Suu Kyi movie, Beyond Rangoon (1995), and the Amazon-set drama The Emerald Forest (1985), that introduced us to his son, Charley Boorman. Count his decidedly more bonkers output – Excalibur (1980) which contains the definitive mad Merlin as played by Nicol Williamson, Zardoz (1973) starring Sean Connery, a sequel to The Exorcist (Exorcist II: The Heretic) (1978) and the barmy Leo The Last (1970) – and you have a career best described as wayward and unpredictable.

One film in the last 30 years stands as his most disciplined, the autobiographical Hope and Glory (1987). Boorman fictionalised his childhood growing up during the Blitz and the result was charming and humorous if filmed a little unimaginatively, as if Boorman felt reality didn’t deserve the heightened mise-en-scene of his other films. For what is described as his farewell to cinema, Boorman has made a belated sequel, Queen and Country, which fictionalises his period in National Service between 1952 and 1954.

Army barracks comedy dramas went out of fashion with Carry on Sergeant (1958) and Willis Hall’s play, The Long, the Short and the Tall. Boorman gives us a familiar set of shenanigans. Whilst his alter-ego, Bill Rohan (Callum Turner) finds some exhilaration in marching in step (‘it’s like dancing’), his spell teaching recruits how to type is drudgery. His fellow recruit, Percy Hapgood (played by Texan actor and musician Caleb Landry Jones, who looks a little like Charley Boorman) is more subversive, executing the theft of a regimental clock and seeking to upset rules-based authority. His nemesis of a sort is Sgt Major Bradley (David Thewlis), who lives for the Army Act and whose reporting of petty infractions bores his superior officer (Richard E. Grant).

During a night out, both Percy and Bill (named after the Owl Babies from the popular children’s book?) fall for a pair of young women, nurse Sophie (Aimee Ffion-Edwards) and a mysterious Oxford student whom Bill names Ophelia (Tamsin Egerton). Both relationships are frustrated. Sophie fancies Bill not Percy. Ophelia is resigned to remaining in an abusive relationship with her Oxford tutor, whom she will no doubt marry, a woman doing what is expected of her.

The most interesting aspect is Bill’s accidental rebellion – he is accused by his regiment of ‘seducing a soldier from the course of his duties’ after describing North Korea as cold; the case is even reported in the newspapers, though nowadays military disciplinary hearings take place behind closed doors. (I wonder whether Boorman got this period detail wrong.) Bill is acquitted – his views on the Korean War are taken from the Times newspaper – but his officers are appalled that he sits ‘on the fence’, supporting neither communism nor capitalism.

These days, such ideological questions are of little interest, communism having been discredited less for the idea than its enactment. Boorman treats it as no more important than the soldiers’ factual reporting of the King’s death in 1952. ‘He didn’t want to be King, and now he doesn’t have to be,’ says Bill to Sgt Major Bradley. Bradley is incensed that such news could be conveyed by a tune that the cook is whistling. He insists that he would have been informed first by telegram and that the flag would be at half mast.

The film’s title is important, being both about patriotism, essentially forced through national service and therefore not heartfelt, and the treatment of women. Can Bill forgive his mother (Sinead Cusack) for having an affair with a neighbour whilst her husband was away? Is the one constant, as Ophelia observes after watching Rashomon, that the woman is always raped? ‘Women like to be taken,’ she reflects later, attracted yet repelled by Bill’s naive chivalry. Boorman hovers around this issue, unable to foreground it in a meaningful way.

Part of the problem – but also the strength of the film – is that it reflects attitudes of the time without criticism. So often we can watch a modern period film where the female protagonist is re-presented as a modern feminist – Alicia Vikander’s portrayal of Vera Brittain in Testament of Youth (2014) is one example. Boorman’s storytelling is dispassionate, partly because the protagonist is never in any real danger. Both Ophelia and Percy face a form of imprisonment (Percy’s is literal), but Bill never fully articulates what this means to him. Consequently, we the audience don’t sufficiently care.

A major part of the problem of Queen and Country is not the content but the storytelling. It’s not dispassionate enough. If we had felt more ambivalent about Bill and his relationship to those around him, the drama would have been stronger. Boorman hasn’t even made the film about the forming of a sensibility – Bill’s love of cinema and fascination with filmmaking taking place at nearby Shepperton studios – are well-established at the beginning; Bill and Percy bond over movie quotes (‘It’s the beginning,’ ‘of a beautiful f-ing friendship’). Boorman should have treated Bill as a character rather than a surrogate. And he should have told us what happened to the real people who were the basis of his characters; if you are going to do fact-based drama, let’s have the best of it.