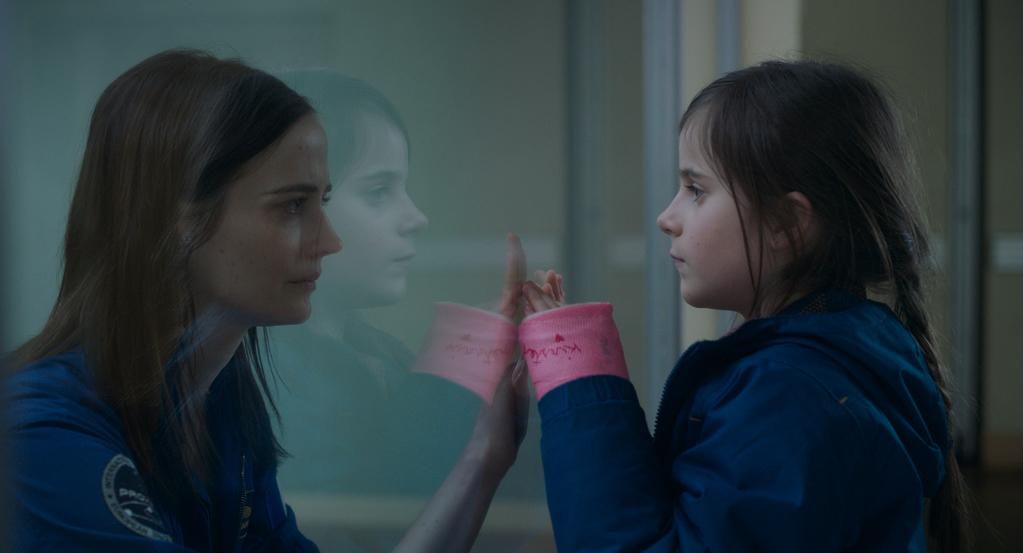 The human desire to explore the immeasurable vastness of space has always been at the forefront of scientific discoveries – and, inextricably, popular culture. There’s something so beguiling in the way space presents itself as an inherently uninviting entity, an all-encompassing void that drowns out all sound with its profound grandeur. It’s also the reason why so many filmmakers are fascinated with the deeply spiritual reaction of human beings to such an overwhelming expanse, the desire that makes pioneers forsake the safety of Earth in favour of inhospitable vacuum – and when they do, what do they leave behind? That is the central question behind Proxima, an entrancing third feature from Alice Winocour, which sees Eva Green tackle dedication and motherhood in a career-best performance.

When Valentina Tereshkova became the first female cosmonaut to reach outer space in 1963, she emerged as a symbol of femininity and hope for women around the world – a symbol created out of nationalistic envy, but one that evolved far beyond its original intent. It’s that hope that drives Winocour’s film and its lead character, Sarah (Eva Green), an experienced French space engineer who gets selected for a year-long mission to reach Mars. Her career path is intrinsically demanding but it becomes even more taxing when combined with her responsibilities as a single mother: Sarah’s eight-year-old daughter, Stella (Zélie Boulant), as perceptive and understanding as she is, still requires her mother’s attention. When Sarah is busy rigorously training at Star City in Russia, her parental duties fall on her German ex-husband Thomas (Lars Eidinger) and an ESA psychologist Wendy (Sandra Hüller). As she gets closer to the mission launch, Sarah’s mental state and professional performance begin to crack, forcing her to reflect upon her relationship with Stella and brace herself for the imminent farewell.

In the past couple of years, loneliness in space has been a surprisingly prevalent leitmotif for sci-fi: when First Man talked about one man’s dream of reaching the stars, Ad Astra was busy dissecting spirituality and relationships on a grand, cosmic scale. Here, Proxima feels like both an amalgam and an antipode of those films: quiet, brooding and graceful, it’s an exceptionally affecting astronaut story with its feet firmly on the ground. It may not be as ambitious as some of the aforementioned works, but it certainly is just as compelling. The central relationship—a stoic mother and her increasingly distant daughter—is refreshingly unsentimental, in part due to the wonderfully authentic chemistry between Eva Green and her young co-star Zélie Boulant. Green, with her exceptional range, excels here, displaying some of the finest acting you’ll see all year.

Sensitive and earnest, Winocour’s cinematic voice rings true throughout the entirety of Proxima, showcasing both clinical depth and remarkable subtlety in a space film that is grounded in earthly struggles. The astronauts in the film, as committed and detached as they may seem, are more concerned with the lives of those who they leave behind: the kind-hearted Russian member of the team, Anton (Aleksey Fateev), sitting at a campfire, somberly ponders the possibility of his elderly mother not being there when he comes back. It’s the deafening loneliness that prevails over their lives – whether it’s on Earth or in space, there’s a constant sense of ephemerality to their presence, and Winocour approaches it from a distinctly unique, compassionate perspective. One life’s peak is another life’s beginning, so when the countdown ends and the rocket fades into the night sky, there’s nothing but the coldness of the universe that we can only approach with an affectionate smile.