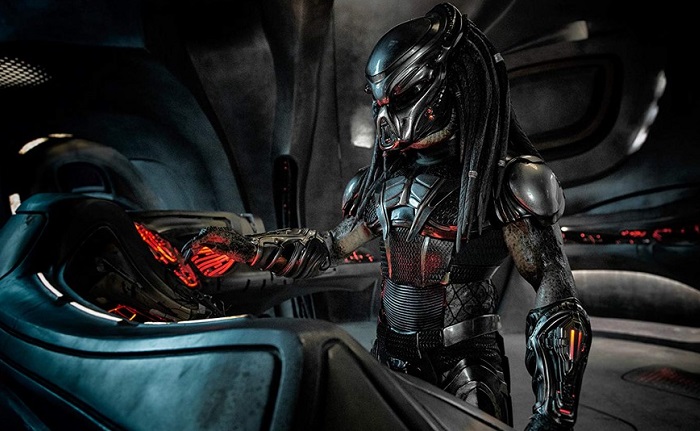 Director Shane Black’s The Predator managed to hunt The Nun off the top-spot at the domestic box office this weekend, despite a less than stellar opening.

The action-horror flick drew in a $24 million US debut, for a worldwide cume of $54.7 million; by no means astounding numbers, and the picture still has a long way to go to justify Fox’s pricey $88 million production budget (inflated due to costly reshoots). $24 million is a contextually decent pull however for a franchise that, despite its cultural significance, has rarely garnered much in the way of financial success. The Predator marks the second-highest domestic opening for the franchise, not adjusted for inflation, behind only 2010’s Predators – which raked in $24.7 million.

It also appears that even in the age of the #MeToo movement, the scandal surrounding The Predator – in which Shane Black hired his friend Steven Wilder Striegel, a registered sex offender, and shot a scene between his character and actress Olivia Munn’s that was later removed at the behest of the studio – has not significantly affected the box office takings of the film. In a statement, Fox’s head of domestic distribution Chris Aronson said “I don’t think it dissuaded anyone who wasn’t predestined to go. I think it had minimal, if any, impact.”

The Predator is in UK cinemas now, rated 15. It currently holds a 49 MetaScore, and a less-than-ideal 34% on Rotten Tomatoes. Read Movie Marker’s two-star review here.

Fan Bingbing, China’s Most Famous Actress Who Has Been Missing Since June, Now Presumed Imprisoned