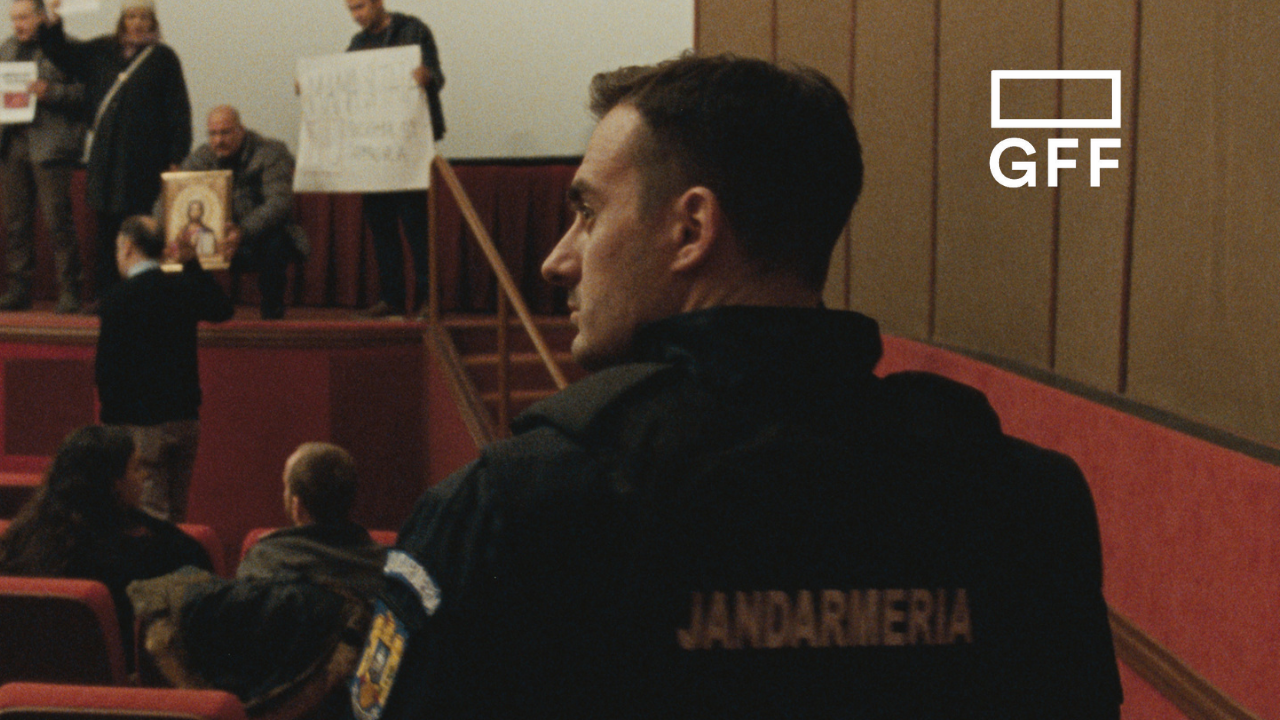 As a gay man in the workplace, you are potentially ‘coming out’ to people on a daily basis and never entirely sure how the random strangers you come into contact with will react. In a worst-case scenario, you are not always blessed with the right support network around you to be authentic and free of ridicule. Fleeting remarks about heteronormative relationships or sexuality ringing in the ears, where you end up concealing those finer details to protect yourself.

Living in a country like Romania, which is still lagging behind in LGBTQIA+ rights, may just exacerbate that inner torment. In 2018, a controversial referendum was held to attempt to establish a ban on same-sex marriage, which only failed due to poor voter turnout. To much dismay, you still hear of queer cinema screenings protested by hateful bigots with Levan Akin’s, And Then We Danced, a recent example when showcased to Georgian audiences.

Such a hostile scenario forms the basis for this terrific tale from director Eugen Jebeleanu, which epitomises the tough balancing act queer people still sometimes have to strike when immersed in an ultra-conservative, hyper-masculine environment. At the heart of the film’s struggle is parliamentary police officer Cristi (Conrad Mericoffer), living alone in an imposing high rise, whose erratic behaviour and ill temperament are regular fixtures in containing his secret.

Keeping it a low-key arrival, he is visited by his long-distance French boyfriend Hadi (Radouan Leflahi), and the body language in public is predictably cagey. The slightest sign of affection from Hadi, Cristi’s sudden shift of the head to avoid neighbours’ eyes passing swift judgment, is all too telling. Quite the contradiction to the impassioned embraces and sweet conversations that follow behind closed doors. Leaving little room for sentiment. Cristi is soon called upon to deescalate tensions at a cinema screening that has been interrupted by a homophobic group, with this ferocious back-and-forth between protesters and those awaiting the film increasing his own anxiety.

In containing its conflict to a single setting and without an intrusive score to overpower the outcry, Poppy Field essentially plays out like a horror film with the wretched opinions of those surrounding Cristi cutting through like a sharp knife. The extremity of the reaction shots of his face, masked by a pretence that he favours such deplorable behaviour, in fear of being outed. A sea of red empty cinema seats with him sitting alone, with the blank screen a metaphor for the truth that he projects in public.

Director Eugen Jebeleanu’s lean scripting and long takes relying on the power of what’s left unsaid through its glaring looks rather than reels of exposition helps to create a stiflingly tense atmosphere between Cristi and his fellow officers who grow tiresome of his sudden outbursts of rage, which may just stem from an unlikely connection to someone in attendance.

These are minor quibbles in its approach by stripping it down to its basics. The swift casting aside of Radouan Leflahi’s well-intentioned boyfriend after a promising introduction does leave you craving further interplay between Hadi and Cristi to add extra texture to its nonetheless engaging central struggle. Whilst casual audiences may not be entirely satisfied by the low-key resolution, it opts for given the sheer intensity that precedes it. But the film essentially lives or dies by the required strength of its lead performance, with Conrad Mericoffer’s powerhouse display navigating the claustrophobia his tortured protagonist suffers from in being his true self, worthy of an admiring sell-out audience.

A compelling chamber piece on masculinity and homosexuality. Poppy Field is well worth raising your voice for.