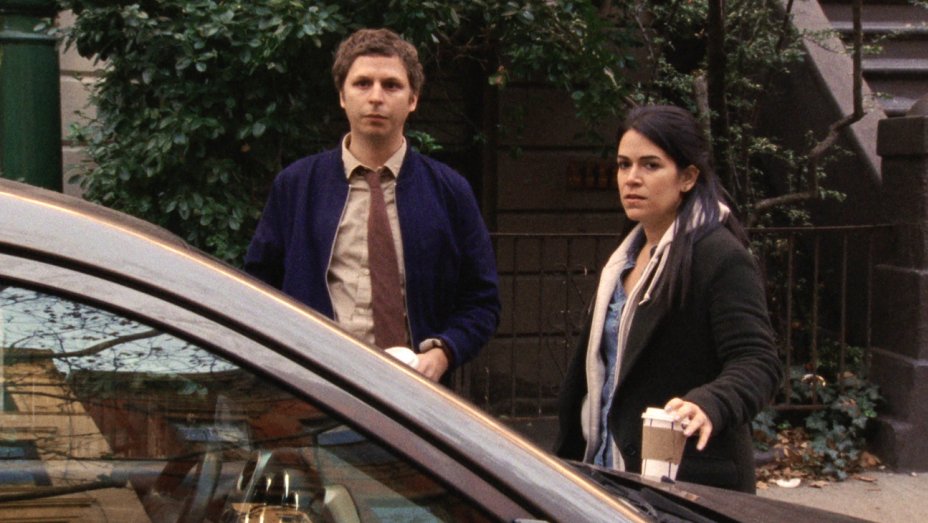 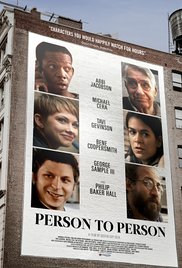 There are few more iconic settings for movies than New York and, over the years we’ve seen hundreds, likely thousands of movies, using the ‘Big Apple’ as it’s backdrop.

‘Person To Person’ is one such film, following a day in the lives of several residents as they go about their daily routines. There’s record collector Bene (Bene Coopersmith), tricked into buying a fake version of a rare record by Eugene (Benny Safdie). His friend Ray (George Sample III) depressed after breaking up with his long term girlfriend’. Journalists Phil (Michael Cera) and Claire (Abbi Jacobson) who are trying to beat their rival newspaper to a story about a suspected murder and Wendy (Tavi Gevinson) and her friend Melanie, who skip school to drink beer and spend time with Melanie’s boyfriend.

Each of the characters are quirky, if unremarkable. Their days are shaped by one event or another. Bene’s story of a rare record and his new shirt that is the most prominent. His relationship with his girlfriend intersects with his roommate Ray’s downbeat mood. Ray’s mood is the result of sharing naked pictures online of his ex-girlfriend, in retaliation for her sleeping with another man. This has it’s own consequences for Ray as he’s on a collision course with the brother of said ex-girlfriend.

Journalists Phil and Claire’s story, provides the most entertainment – with a well-balanced mix of comedy and desperation, both in terms of getting the story and Phil’s determination to impress Claire with his metal music and ‘contacts’ within the NYPD.

However it’s the story of the young Wendy that is the most engaging overall. Gevinson gives the films standout performance as the conflicted and non-conformist teenager forced to hang around with her best friend’s boyfriend and his friend.

The interesting thing about ‘Person To Person’ is that it did stay with me after the film finished. However, I was unsure if it was because I really enjoyed it, or if I was underwhelmed. Director Dustin Guy Defa has crafted an enjoyable film about unremarkable people. He avoided the need to rely on the arguably cliched idea that these people were all somehow cosmically linked to cross paths in the films final act. For that he should be commended. On reflection though, the film is nice and that’s about it.

There are sure to be similarities drawn to some of the work of Woody Allen and that’s a fair comparison, if not an extremely high benchmark against which to rate the film. Defa has made a relatable film about the everyday lives of New Yorkers, but unfortunately that’s all it really is – an everyday film about New York.