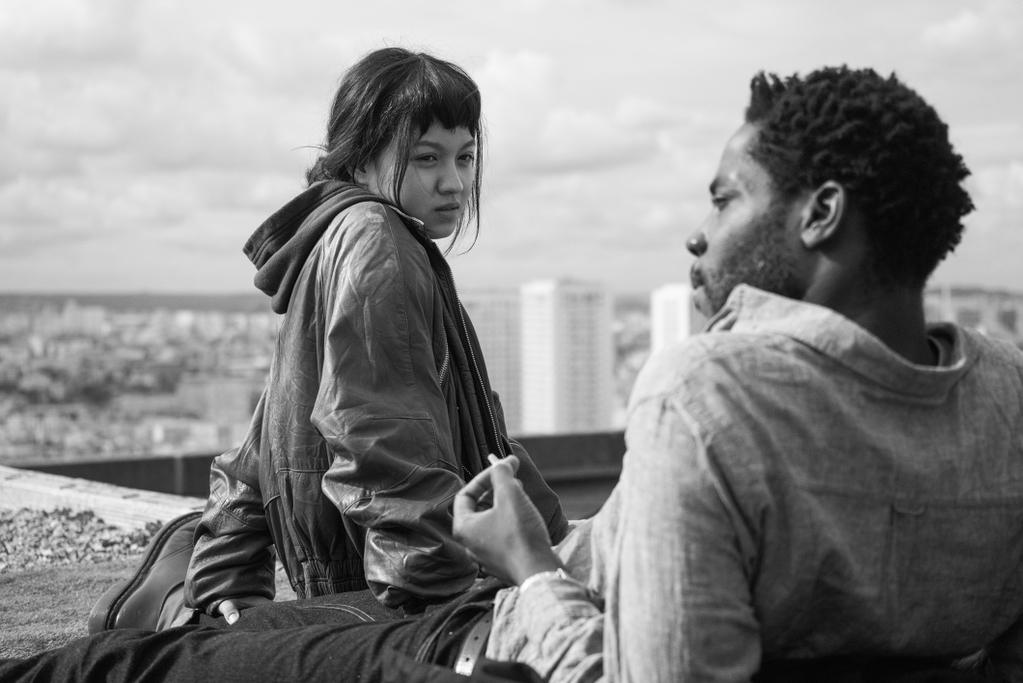 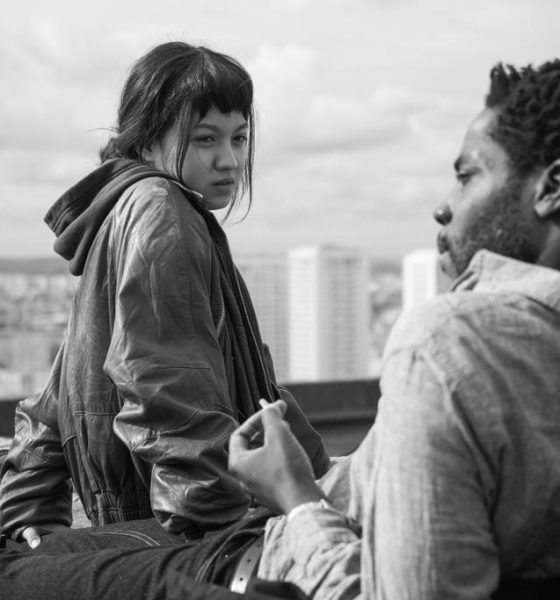 Jacques Audiard’s latest film Paris, 13th District, after his first English language film, The Sisters Brothers, may be his return to French cinema, but it is also a departure from his usual style of films. Audiard is renowned for hard-hitting reflective, socio-political films offering that social commentary as seen in films such as Dheepan with connections to the Sri Lankan war and the visceral Rust and Bone starring Marion Cotillard. As such, the love letter to Paris that Paris, 13th District depicts is a beautiful surprise. The film oozes with love for the city and its citizens and provides footage of unseen areas of Paris, namely within a series of towers within the 13th arrondissement. The use of monochrome images amplifies the film’s loving charm and is reminiscent of the Nouvelle Vague cinema movement. With Céline Sciamma also on board as a scriptwriter, this film fizzes like a form of celluloid champagne!

Audiard was inspired by short-form stories by Adrian Tomine and Éric Rohmer’s My Night at Maud’s to create Paris, 13th District. The degree of intimacy explored within My Night at Maud’s influenced Audiard to create a romantic film that is not seemingly romantic at first glance as its main characters, Camille, Emille and Nora, have physical intimacy at the forefront of their mind in this Tinder generation.

Still, a degree of romance is imbued within Paris, 13th District, possibly representing the female gaze. Indeed, there is a dreamy aesthetic in which the film is bathed. Still, the close framing of the characters’ faces, the emphasis on the dialogue, meaningful glances and sweeping panoramic shots across this section of the 13th arrondissement in which the Olympiades building is found add to that sense of beauty within the female gaze. Paris looks majestic yet comforting and the ideal city in which to find love and to find yourself.

The three protagonists lead disparate lives with Emille, played by Lucie Zhang, and Nora, played by Noèmie Merlant, attending prestigious Parisian schools and trying to find jobs and their identity whilst Camile is also lost. Still, he is a teacher and educated within the public sector. The film flirts with this aspect of Parisian culture and class privileges and being from the established circles, but it is merely a subject for light discussion compared to Audiard’s other works. Beautifully, Camille and Emilie’s lives intersect as they become roommates. At a later stage, Nora proves to be the interloper, but the fluidity and movements of their interaction are presented with a form of poetic symmetry akin to a dance. It is, therefore, no surprise to learn that choreographers were employed to assist with the synergy, which is a powerful element to the film with mesmerising dynamics.

Words and imagery are at the centre of the film as, amongst the connections made by the three, there are many philosophical musings providing the voice to Audiard’s commentary on the juxtaposition between modern relationships, desire and the sense of self. The characters’ philosophy of being intimate first and having profound discussions later is an amusing reflection that Audiard expresses, which may also be thinly veiled criticism. Notably, as one character appears to embark on a life-changing relationship behind the confines of a computer screen and the fourth character, Amber Sweet, who works online completely as a ‘cam girl’, thereby avoiding potentially dangerous interactions with clients embracing the technology, it is an interesting perspective, which in the hands of another director may have been a clumsy, didactic attempt to dissect this relationship, but Audiard’s vision transcends the mundane and imbues onscreen magic.

Indeed, there are scenes of mundane elements as Emilie, Camille, and Nora undertake their daily lives, but even scenes within the Parisian metro and supermarkets look romantic under Audiard’s lens, which adds that sparkle to everyday Paris.

Paris, 13th District is that immersion in Paris where every scene is a visual source of pleasure. Reminiscent of Nouvelle Vague films such as Jules and Jim with its monochrome aesthetics and development of a love triangle, the film has a soothing quality that pervades its themes and will bewitch audiences. Paris, 13th District is a beautiful film, filled to the brim with emotions which will certainly place its breakthrough stars Lucie Zhang and Makita Samba on the radar and hypnotise its audiences. It is certainly pleasing to watch a film that is lighter in tone from Audiard. After this breathtaking foray into the female gaze, more Audiard and Sciamma collaborations will be greatly appreciated.