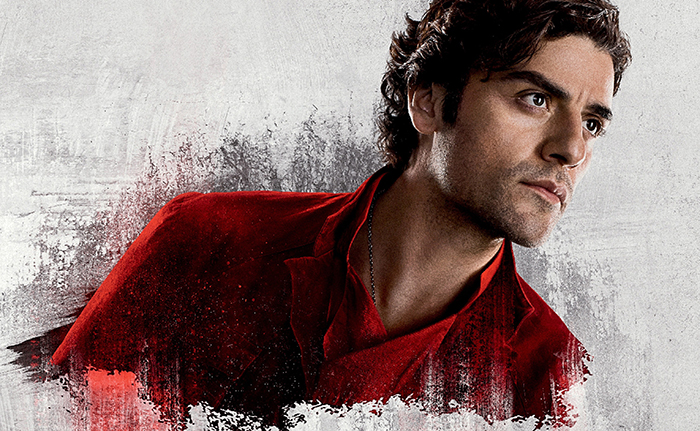 The death of Carrie Fisher was not simply a blow to her legion of fans and her devoted family, including daughter Billie Lourd, but also left the forthcoming Episode IX – the last of the so-called nine-film ‘Skywalker Saga’ – in something of a conundrum. How do you feature an actress whose character is so vitally important to a series, when that actress is tragically no longer with us? Oscar Isaac, who portrays the dashing and daring X-Wing pilot Poe Dameron in both The Force Awakens and The Last Jedi, has now spoken briefly about the bittersweet way in which the upcoming film has found to honour Fisher’s memory, and the legacy she leaves behind.

“[Episode IX] deals with the amazing character that Carrie created in a really beautiful way,” Isaac said, during an interview with The Daily Beast, “The story deals with [her loss] quite a bit.” 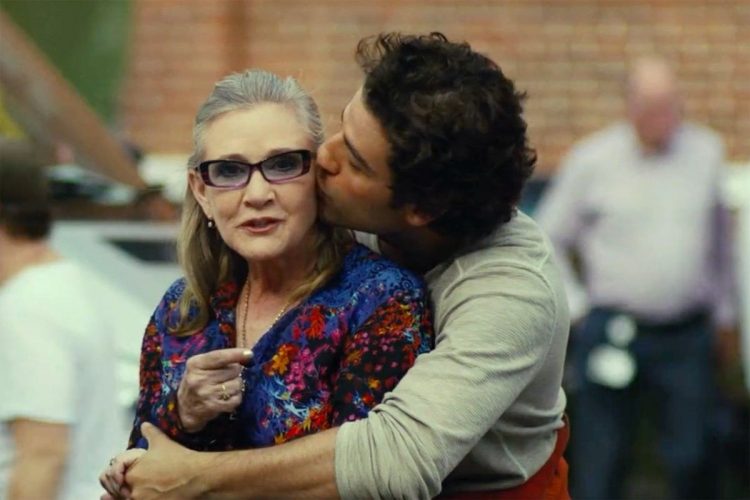 Carrie Fisher and Oscar Isaac embrace behind the scenes

“It’s a strange thing,” he continues, “To be on the set and to be speaking of Leia and having Carrie not be around. There’s definitely some pain in that.”

Apparently it’s not all doom and gloom however, as Oscar Isaac does note that “there’s a looseness and an energy to the way that we’re shooting [Episode IX] that feels very different.”

“It’s been really fun being back with [returning director JJ Abrams], with all of us working in a really close way. I just feel like there’s an element of almost senioritis, you know?” the actor laughs, “Since everything just feels way looser and people aren’t taking it quite as seriously, but still just having a lot of fun. I think that that energy is gonna translate to a really great movie.”

Star Wars: Episode IX is currently shooting now, and is eyeing a mid-December release in the UK, next year.

Sony Secures Chinese Release For Spider-Man: Into The Spider-Verse, Searching