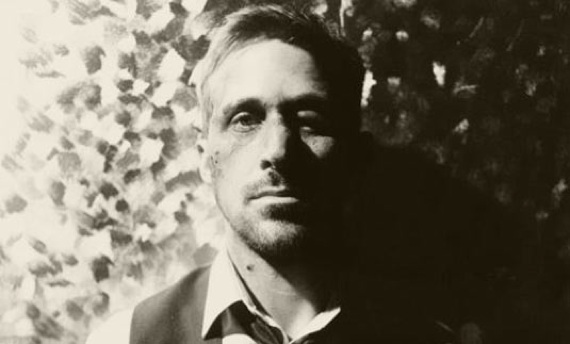 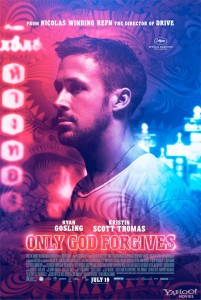 In 2011, Director Nicolas Winding Refn, along with lead actor Ryan Gosling bought us the memorable Drive. It’s style, soundtrack and no holds barred violence propelled Refn into the big time and meant that his next project would come with a high level of expectation. Only God Forgives is that very project.

On the run in Thailand after killing a man ten years ago, Julian (Gosling) uses the boxing club he manages as a front for his thriving drug smuggling business. When Julian’s brother is killed by the father of a prostitute he murdered, his mother forces Julian to find and kill the men responsible for her son’s death. This causes Julian to cross paths with Chang, the police officer who allowed the father to kill Julian’s brother and seeks to restore order by acting as an ‘Angel of Vengeance’

A series of intriguing promotional materials featuring a battered Ryan Gosling and a colourful Far-East style poster certainly whet the appetite. Critical response has been mixed and truth be told, after it was booed at Cannes Film Festival my interest in the film was further fuelled.

I feel almost ashamed at having to say it, but from the offset Only God Forgives is far too over indulgent. By that, I mean it spends far too much time attempting to portray its arty side and alienates the viewer by over emphasising scenes that could be twice as good if they were half as short- there is only so long someone can take watching Ryan Gosling stare at his hands or into space. It’s almost as if Refn doesn’t think the audience will understand what the hands symbolise and an audience never likes to feel stupid.

The narrative is a jumble of dreams and reality, blurring the two until it’s near impossible to tell the difference. That’s not saying it can’t work but the sequences take far too long and seem to have no impact on the story. Leaving the viewer to interpret the meaning of a film is an age old idea, but the film leaves everything to the viewers imagination and that for me, didn’t work.

Gosling is his usual strong silent type for the majority of the film, however ,  I felt no emotional connection to him. Kristen Scott Thomas is the most entertaining in her role as Crystal and the chemistry and relationship between her and Julian is one of the film’s strong points.  Vithaya Pansringarm, who plays the corrupt cop, offers the most intrigue but his mysterious persona is unexplained and becomes almost comical when he becomes an officer of justice who moonlights as a cabaret singer in a military bar.

Only God Forgives was always going to be compared to Drive because of the duo of Refn and Gosling, but even when we compare it to Refn’s earlier work such as Bronson, which he Directed and co-wrote. It seems a massive step in the wrong direction.

Only God Forgives is a beautiful film in some respects, there are scenes that showed glimpses of the genius Refn is capable of, majestic scenes set in a beautiful Oriental cityscape and the ‘justice’ that Chang seeks to deliver are by far the most impressive scenes in the movie. Cinematographer Larry Smith who worked on Eye Wide Shut can take the credit for these scenes but Only God Forgives is all style and almost no substance.

Only God Forgives will probably polarise its audience. While some may love it, others will most certainly not. This was proved at Cannes and yet, I’m sure there will be those who say ‘You don’t like it because you don’t understand it’ by which these people mean ‘It’s artistic, so I better say I like it for fear of rejection from other critics or film fans’ I apologise for the rant –film’s are subjective.

The moments of merit aren’t enough to save it from being an uncomfortable mix of slow paced scenes and disconnection from the main characters building an emotional roadblock that is never broken down.

Refn is clearly happy doing his own thing, but as we return to the mediocrity of Valhalla Rising rather than the splendour of Drive it’s going to be hard work for Refn to win over his audience if as the title suggests, Only God Forgvies.