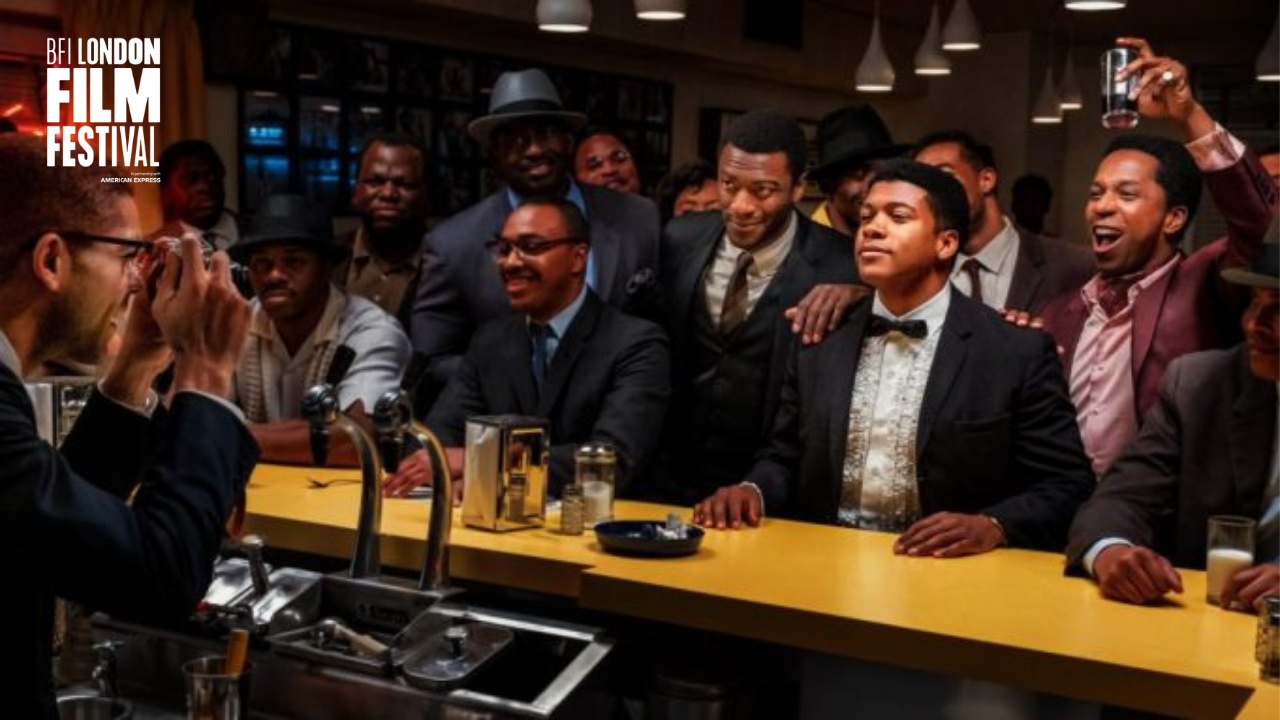 Regina King’s stunning directorial debut lets a talented cast soar with this adaptation of Kemp Powers’ stage play, inspired by an evening shared between Malcolm X, Sam Cooke, Jim Brown and Cassius Clay. Set directly after the 1964 Clay-Liston fight in Miami, these four icons meet in a hotel room to celebrate the occasion. What follows is an intelligent exploration of Black identity, fed through the lens of public life.

The conversation begins to flow as it becomes clear that the victory celebration Malcolm gathered them for will be decidedly more vanilla (X literally pulls out ice cream) than both Jim and Sam anticipated. While this leads to laughs, it’s not long before more serious topics and tensions are drawn out. Each man in his own way is grappling with how others perceive them. Brown as an NFL star, finds the respect white people give him extends to the sports arena alone and seeks to redefine himself on his own terms. Clay has risen to heavyweight champion and faces throwing away the esteem and adulation he’s earned by aligning himself with the Muslim brotherhood. Cooke is challenged directly by X as a talent who has done nothing to use his platform to speak out against the mistreatment of Black people. And X grows disillusioned with the Nation of Islam and does not feel they best represent his views, seeking to follow his own path instead. These pressures are teased out skillfully as the men move between emotions. Although we know the outcomes of these concerns, for example, Sam Cooke would go on to write one of the most inspiring anthems of the time, we feel no less invested.

To pull off a film that is essentially a discussion piece, it’s fitting that King assembles a terrific cast. Eli Goree aptly channels the boastful braggadocio of a young Cassius Clay, Aldis Hodge’s Brown is the most muted of the four, yet a much needed, cooler foil to the larger personalities in the bunch. Hamilton’s Leslie Odom Jr is as perfect as casting can get with his portrayal of Sam Cooke; superb acting with a masterclass in vocals. The real stand-out performance, however, comes from Kingsley Ben-Adir. Still relatively unknown, despite this being the second iconic African American he’s played in the past year (Ben-Adir appears as Barack Obama in The Comey Rule), Ben-Adir captures the cerebral manner of X. This erudite nature is made all the more poignant as X seems keenly aware of the spectre of death that hangs over him.

One Night In Miami artfully takes on the broad themes of Black economic freedom, colourism and activism, amongst others. It provides star-making turns as well as dialogue so enthralling we’d give anything to be a fly on the wall at that historic meeting.

Making history from the outset, King’s adaptation became the first film directed by an African-American woman to be selected at the Venice Film Festival. Such an accolade sounds strange to say in 2020 – but after rave reviews and strong critical reception to other features directed by Black women including Miss Juneteenth and The-Forty-Year-Old Version, one can only hope we see many, many more.