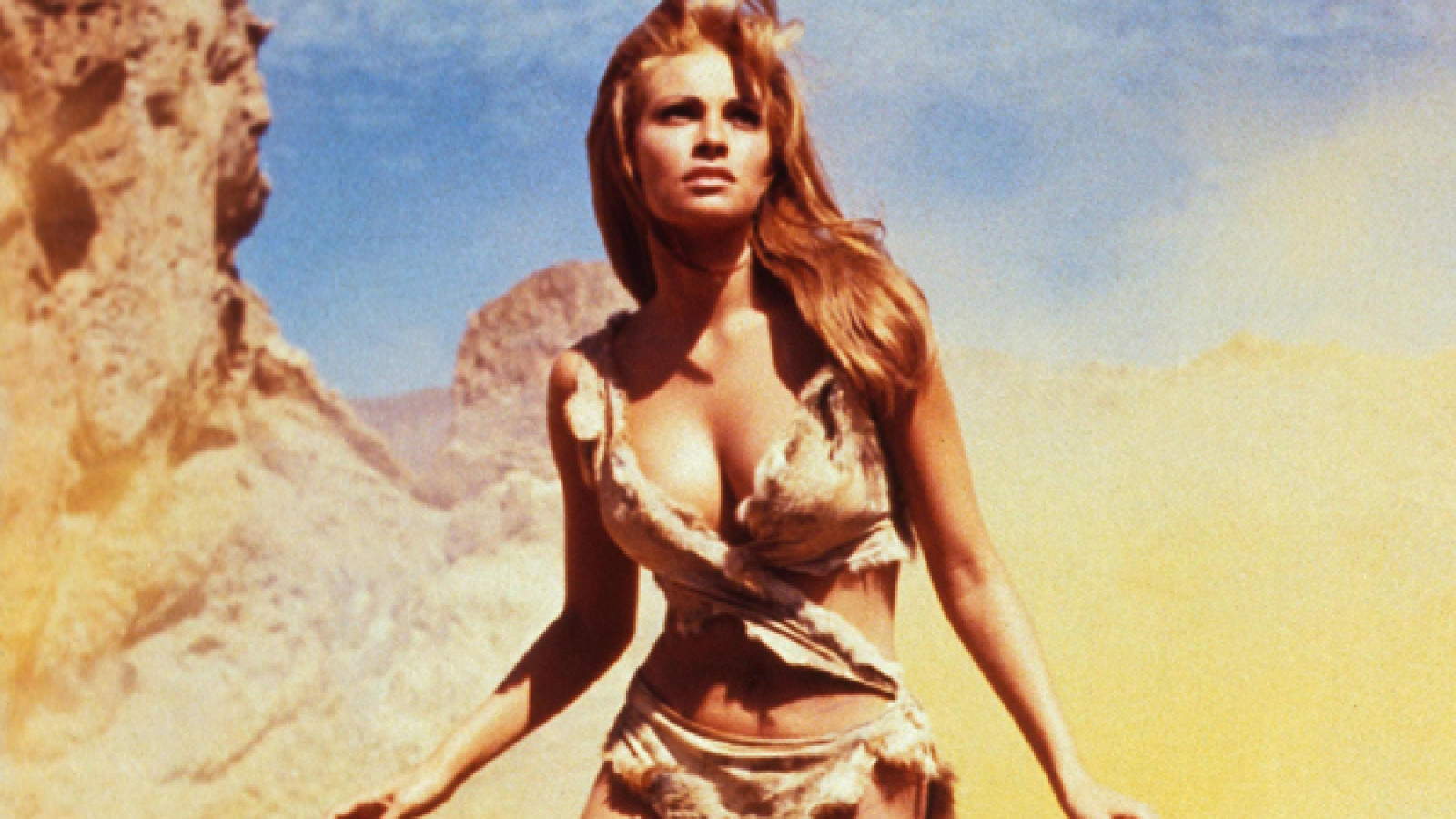 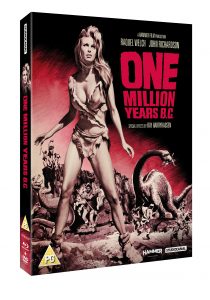 Cinema history may be littered with bikini moments, but only a few have achieved true iconic status.  Ursula Andress in ‘Dr No’ (1962) for one, followed by numerous other Bond girls who tried to re-create the moment, most notably Halle Berry in ‘Die Another Day’ (2002).  And there was Bo Derek in ‘10’ (1979).  But only one actress had the dubious honour of sporting a fur bikini.  She was the almost-unknown Raquel Welch in ‘One Million Years BC’ (1966) and the garment, with its remarkable adhesive properties, made her an international star.

The film makes its return in a newly restored version on DVD to mark its 50th anniversary.  And, while Welch in her bikini is easily its best known image, it also overshadows the film’s other achievement.  Not only was it the most successful film ever to come out of Hammer Studios, it was also the big screen’s most famous dinosaur epic until the arrival of ‘Jurassic Park’ some 26 years later.  And much of that was down to the creations of the legendary Ray Harryhausen.  While some of them aren’t up to his usual standard – little more than enlarged versions of a lizard and a turtle – there’s a great dinosaur battle which shows the maestro at his best.

The audiences queuing to see the film in ’66 certainly didn’t go along for the plot.  It’s pretty basic stuff, all about two tribes.  The Stone People are a vicious lot, living in the mountains and regularly knocking seven bells out of each other.  They kick out Tumak (John Richardson), one of their leader’s sons, and he finds his way to the coast where he discovers the Shell People, who show him a different, more peaceful way of life.  It’s not long before the two tribes come into conflict, but then they eventually have to come together in a battle for survival.

Unsurprisingly, the dialogue isn’t up to much – the occasional word and a few grunts – so the demands on the cast are more physical than anything.  And, once director Don Chaffey has exhausted the appeal of Harryhausen’s dinosaurs, he throws the kitchen sink at the film in the shape of the final sequence, a volcanic eruption and earthquake, all of which is pretty spectacular for its day.

The restoration has certainly sharpened up the look of the film and the DVD comes complete with a variety of extras, including interviews with Welch and her co-star, Martine Beswick.  But comparisons with today’s special effects are inevitable and, while Harryhausen’s monsters are seriously impressive for their day, both they and the film are more of a period piece, laden with nostalgia for fans of the 60s.