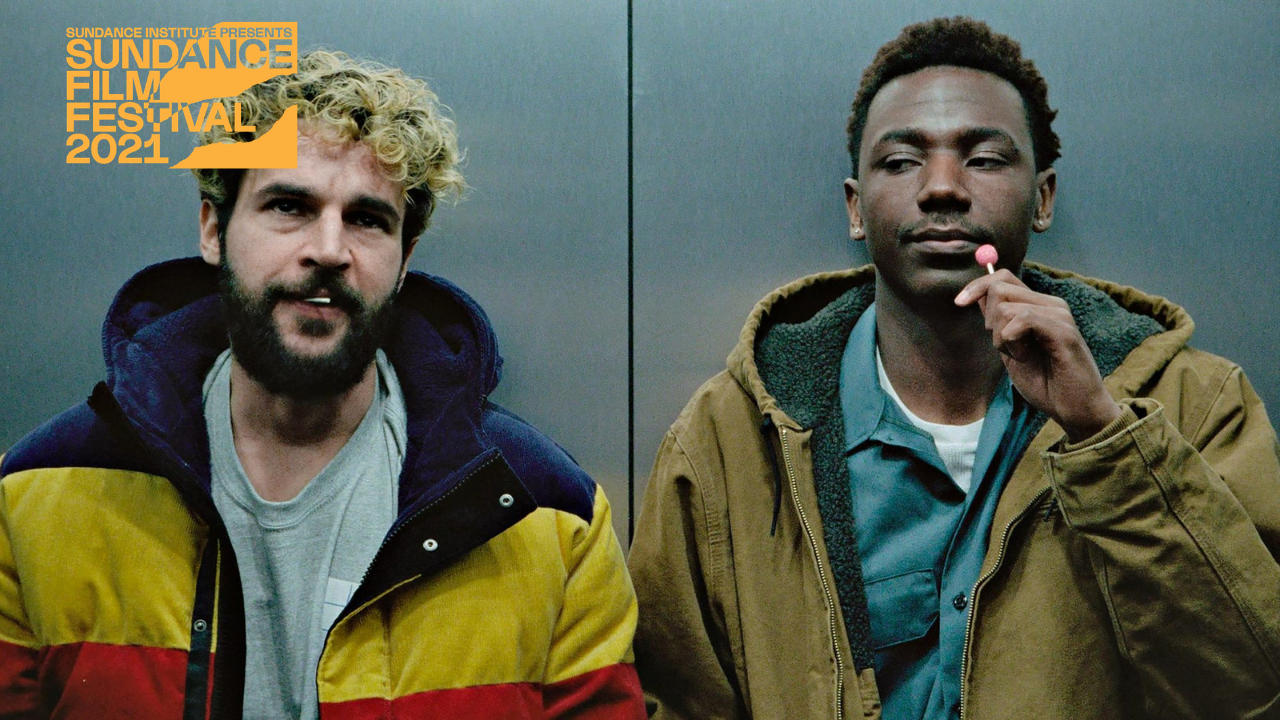 First-time director Jerrod Carmichael’s On the Count of Three starts in a car park out the back of a strip club. Two men have guns pointed at one another’s heads and fear etched across their faces. A gunshot rings out as the screen cuts to black, and so Carmichael’s tragicomic tale of two deeply troubled best friends who decide to do themselves in begins.

Written by Carmichael’s long-term collaborators Ari Katcher and Ryan Welch, On the Count of Three is one of the first major features to deal with our current generation’s suicidal sense of humour head-on. In a world where Gen Z are labelled as snowflakes by folks who seem happy to watch them and the world burn, suicide ideation has become less of a societal taboo and more of a resort of refuge to help young adults cope with a world that seems about ready to capitulate and collapse. If nothing else, that Carmichael has been so bold as to make this alarming fact of today’s society the centre point of his first rodeo is a testament to the multi-hyphenate artist’s fearlessness and fierce sense of duty to make a noise and speak up for the oftentimes voiceless.

And make some noise he does.

Carmichael stars as Val, a disillusioned feed store worker whose best friend Kevin (Christopher Abbott) tried to kill himself in a mental health institute earlier in the week. After taking flack from an annoyingly banal co-worker about his smoke breaks at a job that he hates, Val decides he’ll have some of what Kevin’s been hankering after and attempts to throttle himself with a belt in the staff restroom. As he chokes and splutters, aforementioned banal co-worker croons about how ‘It’s a great day to be alive’. The inappropriateness of the humour and the ironic, stinging hilarity of the juxtaposition sets the tone for just how dark we are talking when we talk dark humour.

Unsuccessful in his endeavour but duty-bound to a path of self-destruction, Val races over to bust Kevin out of hospital after a moment of inspiration. “I think you and I should kill ourselves Kevin” he says matter-of-factly to his childhood best pal. Whilst Kevin is unconvinced by the idea, primarily out of a desire to save his friend even if he has given up on saving himself (a recurring motif and genuinely touching grace note in a frequently emotionally muddled film), he eventually negotiates one last day of living before he and Val get busy dying.

Buoyed by a coffin-bound carpe diem attitude and the prospect of settling scores with the sources of their individual past traumas – for Val that’s the dad who deserted him and the ex he deserted, and for Kevin, it’s the doctor who abused him as a child and set him on the path to frantically reaching for oblivion – the two brother-like best pals freewheel their way from one calamitous encounter to the next, experiencing moments of lightness and joy along the way that may yet make life feel worth living.

Shot in the gonzo style of a Safdie brothers film (coincidentally, Kevin’s hair-do is surely a nod to Connie in Good Time). On the Count of Three is at its best when taken as a scripted stab at something that feels improvisational and spontaneous. Lacking the narrative intricacy or layered characterisation that glues together something like the Safdies’ Good Time or the more recent Uncut Gems, On the Count of Three acts instead as more of an explorational meditation on a theme. If today was your last day, what would you do? And when the sand is just about to run out of the hourglass, would you – could you – have found enough light amidst the darkness to carry on? Or would the weight of all you’ve seen and done make ending it all feel like the only answer? Katcher and Welch’s script is a little too punchline-heavy to try and say anything profound in answer to the questions it raises. Still, the asking at this point will doubtless feel as resonant and meaningful to many viewers as any real attempt at answers.

Though On the Count of Three suffers for its left-field approach to the subject of suicide, mental health, and PTSD, occasionally feeling so off-beat that it threatens to lose any definable rhythm at all, the chemistry and committed performances of Jerrod Carmichael and Christopher Abbott stop the wheels from ever totally falling off this morbidly machinated vehicle. Carmichael’s Val is portrayed as a deeply contemplative young man who is one or two better decisions away from having never found himself with a belt around his neck or a gun to his head, whilst Abbott’s Kevin, for all his bravado and brashness, is affected with a raging fragility that truly makes you want to reach out and hug him. The oddly displayed but never doubted affection that exists between these two kids who lost their way somewhere along the line is acted out superbly, drawing out emotional engagement in physicality and vocal delivery that is otherwise absent from the wisecracking script.