Already a best-selling videogame series on various Playstation formats, Vertigo Films along with directors Kevin Munroe and Jericca Cleland are hoping for a successful big-screen conversion with Ratchet And Clank, which debuts in cinemas on April 29th 2016.

Boasting an impressive voice cast with the likes of Sylvester Stallone (Creed), Rosario Dawson (Trance) and John Goodman (currently seen in 10 Cloverfield Lane) on board with James Arnold Taylor and David Kaye voicing the animated heroes, you can view the official trailer along with the poster below.

‘Ratchet & Clank tells the story of two unlikely heroes as they struggle to stop a vile alien named Chairman Drek from destroying every planet in the Solana Galaxy. When the two stumble upon a dangerous weapon capable of destroying entire planets, they must join forces with a team of colorful heroes called The Galactic Rangers in order to save the galaxy. Along the way they’ll learn about heroism, friendship, and the importance of discovering one’s own identity.’ 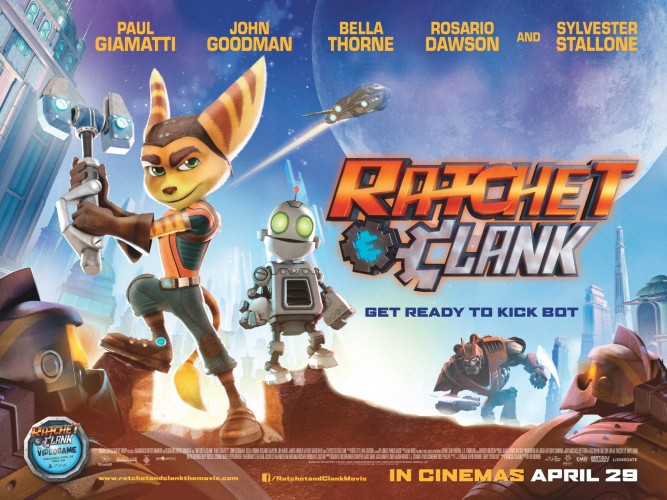