‘Roger. There’s only room in this band for one hysterical queen!’

It’s been a long time coming. But this October, we will finally see the hotly-anticipated Queen biopic ‘Bohemian Rhapsody’ hit our screens, promising to be a fitting celebration of the band’s iconic music and its incomparable frontman Freddie Mercury played by Mr Robot star Rami Malek.

In the latest trailer released by 20th Century Fox. We get greater interplay between the band members Brian May (Gwilym Lee), Roger Taylor (Ben Hardy) and John Deacon (Joseph Mazello) as they look to experiment with their sound in a desperate bid to get radio airplay, whilst touching on the darker moments of Mercury’s career with the media hounding him about his sexuality. 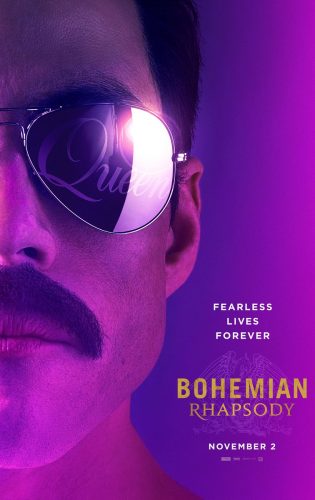