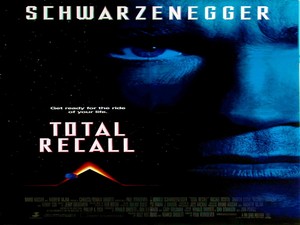 A few days ago it was reported that notorious New York film critic Armond White shouted abuse at Steve McQueen as he collected his award from the New York Critics Circle. Things have since spiraled into quite the drama, as White now faces possible expulsion from the group.

Rumor has it that while McQueen was giving his speech, White shouted “you’re an embarrassing doorman and garbage man. F—you. Kiss my ass”. The 12 Years a Slave director carried on regardless, seemingly unaware of the jibes. This is a critic who is notorious for his non-conformity, lauding obscure films and tearing apart popular dramas. However, this is also a man who hosted these very awards in 2011, allegedly making Annette Bening cry.

His most recent heckle has caused the most controversy, and NYFCC Chairman Joshua Rothkopf has called an emergency meeting to deal with it. There is speculation that the rules regarding expulsion will be addressed, as many members are now unhappy with White. But is there even an issue, or is this all just an unfortunate result of hearsay?

I don’t care what they decide. It’s not a meeting I plan to attend

Armond himself released a statement via The Hollywood Reporter denying he ever made these comments, nor did he hear anyone else make them. “I have been libeled by publications that recklessly quoted unnamed sources that made up what I said and to whom I was speaking” he wrote. “Did I make sotto voce comments to entertain my five guests? Sure, but nothing intended for others to hear and none correctly “reported.” I don’t even know what it means to call Steve McQueen a “garbage man” or “doorman” even though the racist implications are obvious. None of this makes sense which is what happens when online journalism reports a malicious lie”.

However this plays out, this can only have a positive impact on Armond White’s career, as people around the world previously oblivious to him will flock to read his work. Whether he made the comments or not depend on whose word you trust, but it seems, based on his track record, that he deserves little sympathy considering he has made a name from being notoriously unsympathetic.