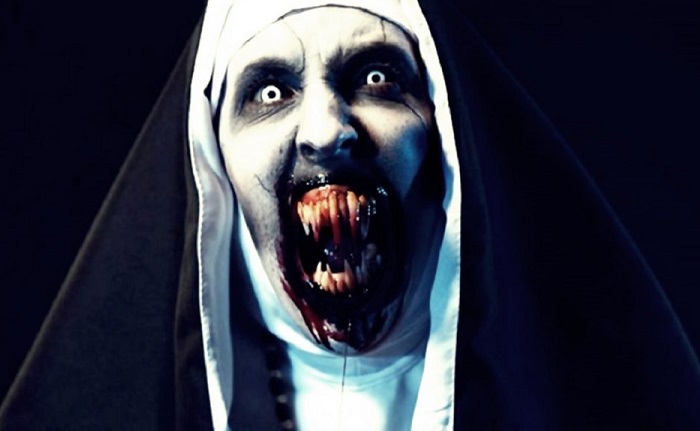 The Conjuring’s cinematic universe looks set to welcome another success story, as The Nun is currently tracking for a $36-$45 million opening weekend, with some outlets even being so bold as to estimate a $50 million domestic debut.

The Nun, the fifth film in The Conjuring franchise (and a direct spinoff of / prequel to The Conjuring 2), will see a priest and a novitiate embroiled in a mystery over the apparent suicide of a lady of the cloth in 1950’s Romania. Buzz is strong for the fright flick, which is currently outpacing previous horror hits Get Out and A Quiet Place in comparative pre-sales, and extended-universe connections are expected to drive ticket numbers.

If The Nun manages to eke out to the top of its projections it would score a franchise-best opening. 2013’s The Conjuring currently holds that honour, with a $41.8 million debut. Together, The Conjuring cinematic universe has amassed over $1.1 billion worldwide across five films.

The Nun is in UK cinemas from tomorrow, rated 15.