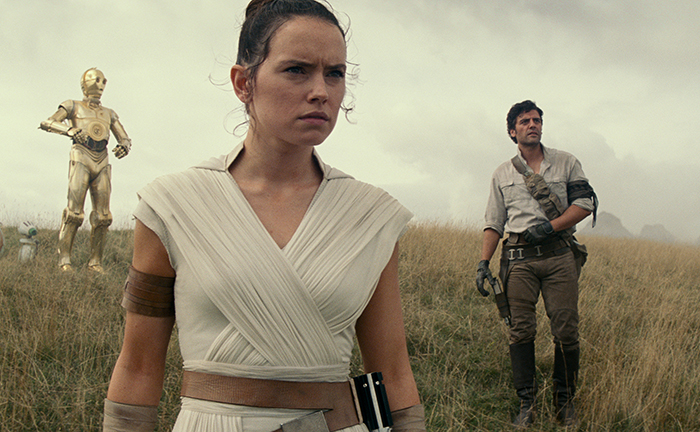 In no uncertain terms, that quote has haunted Star Wars: The Last Jedi since its release in 2017. In that film, Kylo Ren – faced with protagonist Rey pleading with him not to cement his fall to the Dark Side – angrily lashes out, reprimanding her for her reverence of the past. It is both a narratively-justified take from the raven-hued antagonist, burdened his entire life with the expectations of his bloodline, and a metatextual examination of the franchise within which he inhabits. And an examination that has been taken completely the wrong way by a certain sub-section of enraged fans.

See, contrary to what thousands of ranting YouTube videos would have you believe, the thesis statement of The Last Jedi is not to ‘let the past die’. That’s why that monologue is delivered by the villain, for chrissakes.

For better or for worse, at the outset of the Herculean task of creating a sequel trilogy of Star Wars films, those involved at Lucasfilm decided to bake that task into the very meta-narrative of the films. The characters of the sequel trilogy aren’t simply heroes and villains in their own rights, but are heroes and villains precisely because of their relations to the older legacy characters and their narratives – quite literally because they all, in some way, ‘love’ the original trilogy.

The Resistance and the First Order aren’t merely Rebellion/Empire analogues – they’re quite literally cosplaying as their idols. Kylo Ren is, for all intents and purposes, a Darth Vader fanboy (who wears his own mask, one that he doesn’t need in the same way his grandfather did). Rey, in The Force Awakens, believes Luke Skywalker is “a myth”. Poe joined the Resistance because he heard stories of his parents fighting in the Rebellion, and jumped at the chance to work with General Leia Organa. Upon meeting “the Han Solo”, Finn and Rey are awestruck. They hold those characters and their stories in the same reverence as both the fans, and those making the sequel trilogy.

Which is why it’s particularly frustrating to hear so many ‘hot takes’ on how The Last Jedi is all about discarding the past, tearing up the legacy of Star Wars, and throwing a middle finger up at all those who love it.

If there is a single line in The Last Jedi which sums up how the movie feels about the Star Wars franchise as a whole, it’s Yoda’s life-affirming statement to Luke as they watch the Jedi library burn: “The greatest teacher, failure is.”

The Last Jedi’s thesis statement isn’t about ‘letting the past die’, or ignoring what’s come before; it’s about learning from it, and that those – like Kylo – who don’t learn from the past (regardless of how much they revere it) are doomed to repeat it… mistakes and all. And given the larger cultural reaction to the prequel trilogy, that point takes on an even deeper meaning.

With that in mind, it’s then especially galling to read the numerous articles, and multitude of YouTube fan videos, on how the new trailer for Star Wars: The Rise of Skywalker, revealed at Star Wars Celebration Chicago, is ‘proof’ that returning Force Awakens director JJ Abrams is discarding all that Rian Johnson built with The Last Jedi, including its mantra of killing the past.

On the surface, yes; the Skywalker blade, cracked in twain in The Last Jedi, has been reforged; Kylo has had his helmet, smashed in the previous film, rebuilt; and biggest of all, Emperor Palpatine – whose analogue in Snoke was killed in Episode VIII – has seemingly, in some capacity, returned.

But, even ignoring the fact that JJ Abrams has said before that he thought the script for The Last Jedi was “so good, I wish I were making it”, the idea that Episode VIII was ‘so bad’ that Abrams couldn’t wait to return to retcon away all of its major plot beats is plainly, demonstrably nonsense (sources close to the production have even made clear that Abrams has no plans to retcon Rey’s parentage).

If the thesis statement of The Last Jedi was all about learning from the past, honouring that reverence whilst learning from the franchise’s previous mistakes, then nothing about The Rise of Skywalker so far seems to suggest that JJ is planning on doing anything otherwise – regardless of what thelastSJWsux_69 will tell you.