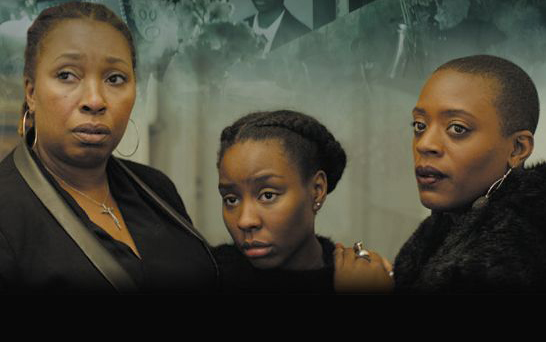 Written by Veronica McKenzie, in her directorial debut, Nine Nights follows teenage twins Marcie and Mikey who are inseparable, though Marcie is unaware that Mikey’s been sneaking out to meet girls. On the day of Marcie’s important race, Mikey is hit by a car and killed. The next morning Marcie wakes to find the house in mourning, and the family begins ‘Nine Night’, a Caribbean ceremony to help the dead and the living to cut ties. Marcie’s dismissive, maintaining her brother is still alive, reminding them when Mikey cut his leg, she ‘felt pain in the same leg!’ As Mikey’s secret life emerges, Marcie, consumed with jealously, searches for him, seeking answers. Then one night she sees him in the flesh. Very much alive! Though confused as to where he’s been, Michael resolves to return home. But as the Nine Nights count down, Marcie must decide whether she’s willing to pay the ultimate price to be with her brother, so triggering a tug of war, which pits brother against sister, and threatens to tear the Haines family apart.