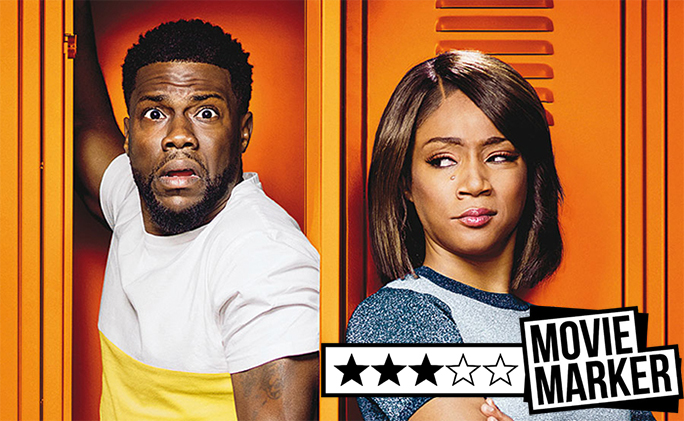 Night School is a mid-budget Kevin Hart comedy, with all of the requisite expectations and connotations that come with such a statement. Low-brow humour, witty racial commentary, pratfalls, and an awful lot of shouting all feature in spades, but something else quite unexpected crops up too; it’s not actually half bad.

The film follows as Teddy (Hart), a high-school dropout who never managed to finish his qualifications, is forced via a series of unfortunate mishaps to return to his old school to try and garner some life options before his new fiancé Lisa (a gorgeous Magalyn Echikunwoke, whom the film never fails to point out is vastly out of Hart’s league) discovers precisely how much of a screw-up he is. Along the way, he’ll come up against a former school-rival-turned-principal (Taran Killam, an SNL alum who gets a clever running gag featuring his ‘black voice’), a hard-nosed inspirational teacher (Tiffany Haddish), and a bevy of miscreants and misfits with whom he shares his twilight classes (a smorgasbord of top-notch character actors, including Rob Riggle, Mary Lynn Rajskub, Romany Malco, Fat Joe, and Al Madrigal).

It’s Hart’s show (he also produces) first and foremost, and your personal enjoyment of Night School will run entirely parallel to your individual tolerance for the pint-sized comedian’s particular brand of physical and fast-talking improvisational comedy. It’s broad humour, for sure, and you can see most punchlines coming a mile away, but the hit-ratio is in the black and there’s a confidence to the proceedings that carry the production with an easygoing charm. 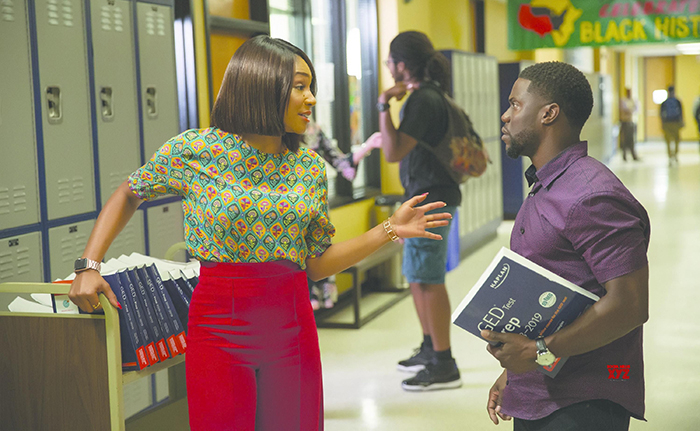 Haddish, meanwhile, is currently experiencing her moment in Hollywood following her breakout performance in Girls Trip, but her inclusion here is nevertheless a welcome one. She brings a simple likability to what could have been a rather thankless, stern teacher role, and her comedic chemistry with Hart is – some moments aside, as the two do occasionally push each other into plain silliness – a genuine joy. She’s not in as much of the film as the trailers would have you believe, but what she lacks in screen-time she more than makes up for in screen presence (her early assertion that Hart must be some kind of “burnt leprechaun” is legitimately funny).

Hart’s eventual classmates threaten at multiple points to turn the proceedings into an extended episode of Community, though that’s by no means a bad thing. The ensemble work well together, and Romany Malco’s Jay – a technophobic gangsta with a heart of gold – gets some of the flick’s biggest laughs.

Night School does take a while to get going (it’s about forty-five minutes until Hart even considers going back to school, for one thing), and you’ll forget it in a fortnight, but it’s harmless comedic fare. If you’re off to the cinema anyway, you can do far worse.