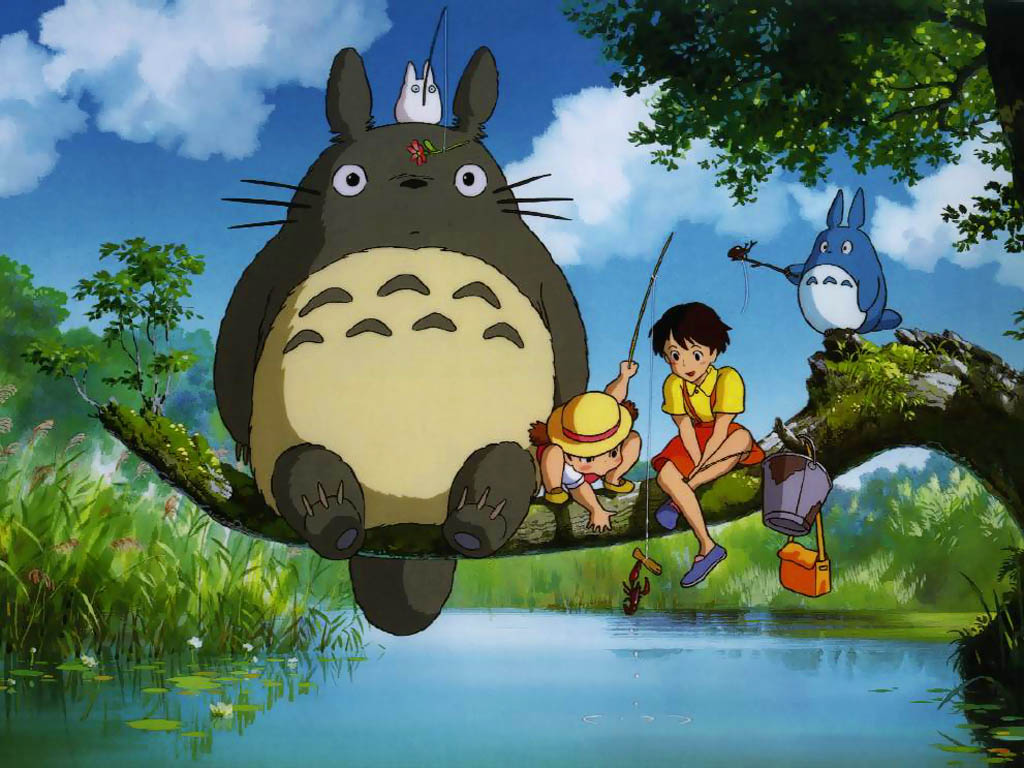 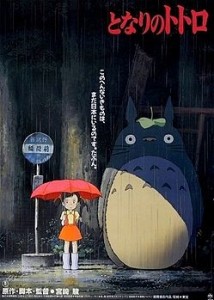 Reviewer: Graham Day
Director: Hayao Miyazaki
Stars: Dakota Fanning, Elle Fanning, Tim Daly
This film is about a little family that move to rural Japan in the 1950’s to be close to the ailing mother who is being treated for an unknown illness in a nearby hospital. When they move in, the two daughters, Dakota and Elle Fanning, discover there may be more to the grounds they have moved into than meets the eye.They discover an old kind of magic that will open their eyes to new possibilities.
This film is absolutely charming,the cast are wonderful, a young Dakota Fanning who is clearly already at the top of her game, brings a wonderful vulnerability to Satsuki, While Elle Fanning is charming, cute and absolutely ridiculous as Mei, the irrepressibly adorable little sister. Tim Daly is clearly having a lot of fun playing the understanding father Tatsuo. The real stand-out character for me however was the title character himself played with gusto by Frank Welker, a veteran of animation. He brings such wonder to the role of Totoro, part mystical God, part cuddly toy.

There are so many wonderful scenes in this film but one that stands out for me would be when the girls need help with a flower that does not want to grow. That is all I will say I don’t want to ruin the joy of watching that scene unfold for you not knowing what is about to happen.
Is there anything bad? A tough question to answer, I suppose the dubbing is good but the keen eyed among us will spot problems along the way. Also if you are not in the mood for a film about mystical Gods who play with children then you will find yourself at a loss here. This film is really only targeted toward the very young or the young at heart, if you are neither you may not enjoy this film.
It’s a fantastic film,that has aged well, if you are immature or you want to introduce your kids to a new type of fantastic this film is for you. If the sound of giant cuddly Gods weird’s you out, stay away