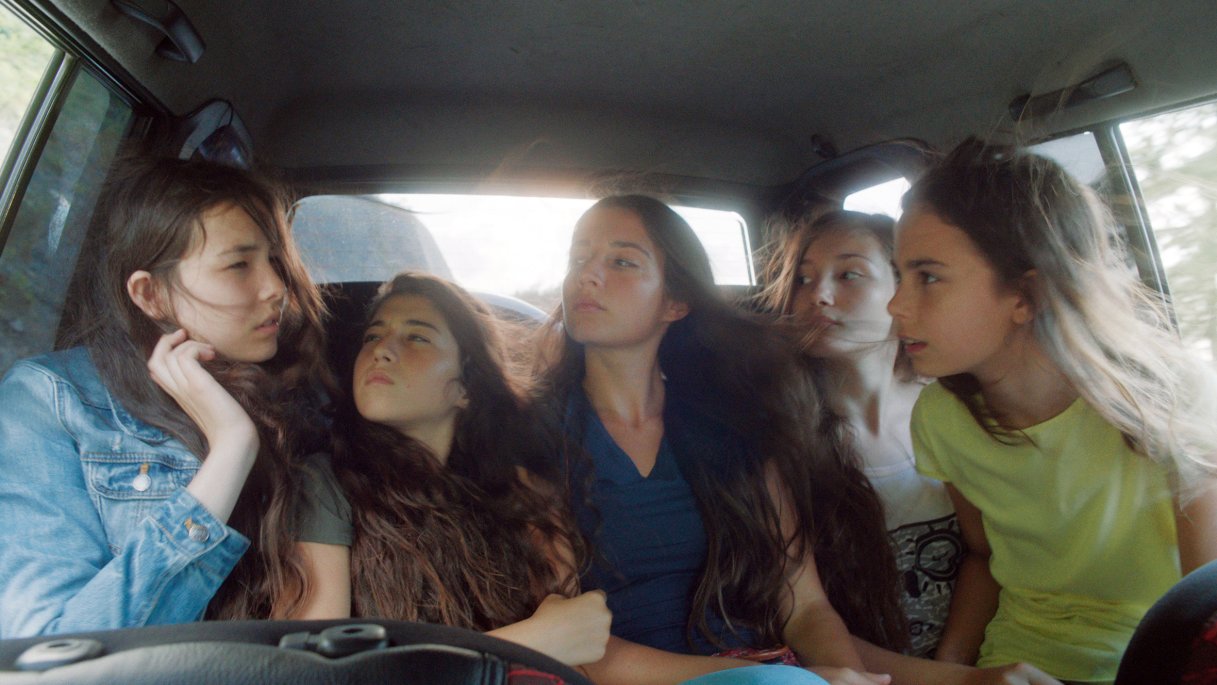 Hitting UK cinemas riding the waves of great acclaim, including an Oscar nomination, a Golden Globe nomination and 4 Cesar Awards, Mustang offers audiences a breath of fresh air in the current cinematic climate. Set in rural Turkey, starring 5 young unknown actresses and written and directed by Turkish-French debutant Deniz Gamze Erguven, one could be forgiven for presuming the film may be obtuse or alien to a British audience. This could not be further from the truth. While Mustang’s setting, characters and cast may be very specific, its themes and motifs are not only universal, but feel especially vital given the current socio-political climate.

The film is the tale of 5 sisters and how their lives become gradually more and more restricted over the course of one Summer. Living under the care of their Grandmother and the militant guardianship of their uncle, an innocuous encounter with some boys from their school sets into motion a drastic change in their lives. Suddenly, their conservative family view and treat them differently. To their uncle and grandmother, they have become sexual beings, and their lives must be altered as a response. The girls find themselves dressed in drab gowns, paraded around town so that families can see what beautiful prospective wives they could be, and their home gradually morphs into a prison. From this setup, Erguven concerns herself with how each girl reacts in the face of such constriction.

While each sister is portrayed as a fully rounded character, we see the majority of the film through the eyes of Lale (Gunes Sensoy), the youngest and most fierce of the girls. Lale’s youth and exuberance stoke a rebellious streak within her that acts as the film’s driving force. This is represented through both the writing of her character (she has a passion for football, a hobby seen as wholly inappropriate for a young girl), and Gunes Sensoy’s beautifully nuanced performance. Lale’s face is almost a constant visage of disdain and impatience for her surroundings, and when she is not scowling at the adults she is laughing mischievously with her sisters. More than any of her elder siblings, Lale seeks freedom at every opportunity. She sneaks into her Uncle’a car at night, baffled by her inability to drive it, and when males are banned from the local football match due to outbreaks of violence, she snatches at the opportunity to sneak away and see her heroes in the flesh.

The sisters’ “escape” to the football stadium is a key moment in the film. Erguven so beautifully captures the giddy exuberance the girls feel at getting away, even though they know it is just a temporary and fleeting freedom. The lights, the crowd noise and the sense of unity almost seem to overwhelm them, their day to day lives being so still and dire in comparison. It is here that Lale learns that there is so much to see and experience outside of her remote Turkish village, and the moment informs her actions in the latter stages of the film. Much credit must also go to composer (not to mention Nick Cave and the Bad Seeds alumni) Warren Ellis here, and indeed throughout the film, for his heady, haunting score.

Whilst always tender and gentle, Mustang refuses to shy away from the weight of the issues it is discussing. Erguven gradually shows the tragedy that such oppression inevitably wreaks, be it in the empty, resigned look on Selma’s face as she faces the man she will marry but has never spoken to, or the less subdued, more potent plot twists that develop towards the film’s conclusion. There is hope for Lale, perhaps, but that hope can only come through her loss and the courage that it gives her. A triumph of realism, Mustang is a film as restrained as it is devastating, and an example of how a film can delivers a fierce, unabashed message with subtlety and grace.

Alice Through The Looking Glass