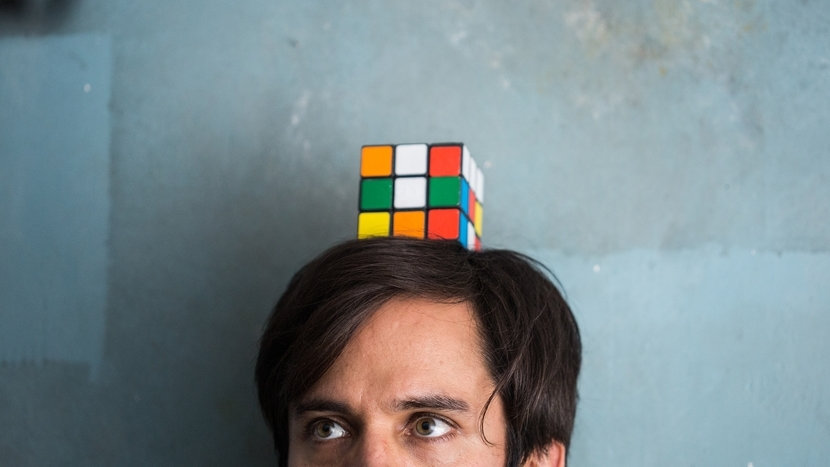 It’s Christmas Day, 1985. College dropouts Juan Nunez and Benjamin Wilson are ready to pull off an audacious heist that will have authorities searching for professional art thieves for years. Based on a true story, Alonso Ruizpalacios’ film sees the duo attempt to steal 140 priceless artefacts from the National Museum of Anthropology in Mexico City. Winner of the Silver Bear for Best Screenplay at Berlin International Film Festival earlier this year, Museum explores the mindsets of two would be criminals with nothing to lose.

The tale is narrated by Wilson, played with subtle compassion by Leonardo Ortizgris. Wilson’s role is much like Nick’s in The Great Gatsby, an opinionated and somewhat loyally biased eye through which Juan is diluted. Played by Gael Garcia Bernal, Juan is the film’s focus, a Mexican Cool Hand Luke drifting through his young adulthood. In the hands of another actor, Juan may have come off as entitled, lazy even, but Bernal’s performance layers the character with sympathetic naivety and relatable desire. A perennially youthful, multifaceted actor, Bernal paints buckets of emotion into every micro-expression.

The crime takes place after Christmas dinner, a lively family affair that sees Juan alienated and berated. At first, the silence is reminiscent of the hanging scene from Mission: Impossible; the tension equally palpable. But soon the action changes, pared back to a static style similar to the panels of a comic book. It is a technique repeated throughout the film, the continuity broken up into freeze frames that are not quite motionless, still alive with a touch of movement. Reducing these scenes to a childlike fantasy, Ruizpalacios succeeds in creating the ultimate sense of idyllic, youthful adventure.

Something often ignored in heist films is the aftermath, when the thieves must deal with the fallout of their decisions. Museum’s second act focuses on this aspect, allowing the introduction of an English art dealer, played by the superb Simon Russell Beale. Uncertainty builds from the start of their meeting, as the camera endlessly pans until Juan’s misguided perceptions come crashing down around him. In a script littered with intelligence and comedy, it is a pleasant surprise to see the characters’ raw emotion become the focal point.

Ruizpalacios seems content to pose questions that hang wispily in the air, unanswered: questions of cultural ownership, of morality and greed. He is more interested in the character study at the heart of this story, of a man who commits a crime out of boredom, a sense of nihilism or a desire for adventure, or perhaps a little of all three. It is a fresh idea in a crowded genre, making for a film that is impressive but never quite brilliant, a wonderful adventure that doesn’t aim to blow minds. But does that matter? As Juan says and Wilson relays: “Why let the truth ruin a good story?”, a sentiment Ruizpalacios takes quite literally. Luckily for him, Museum is without a doubt a good story.