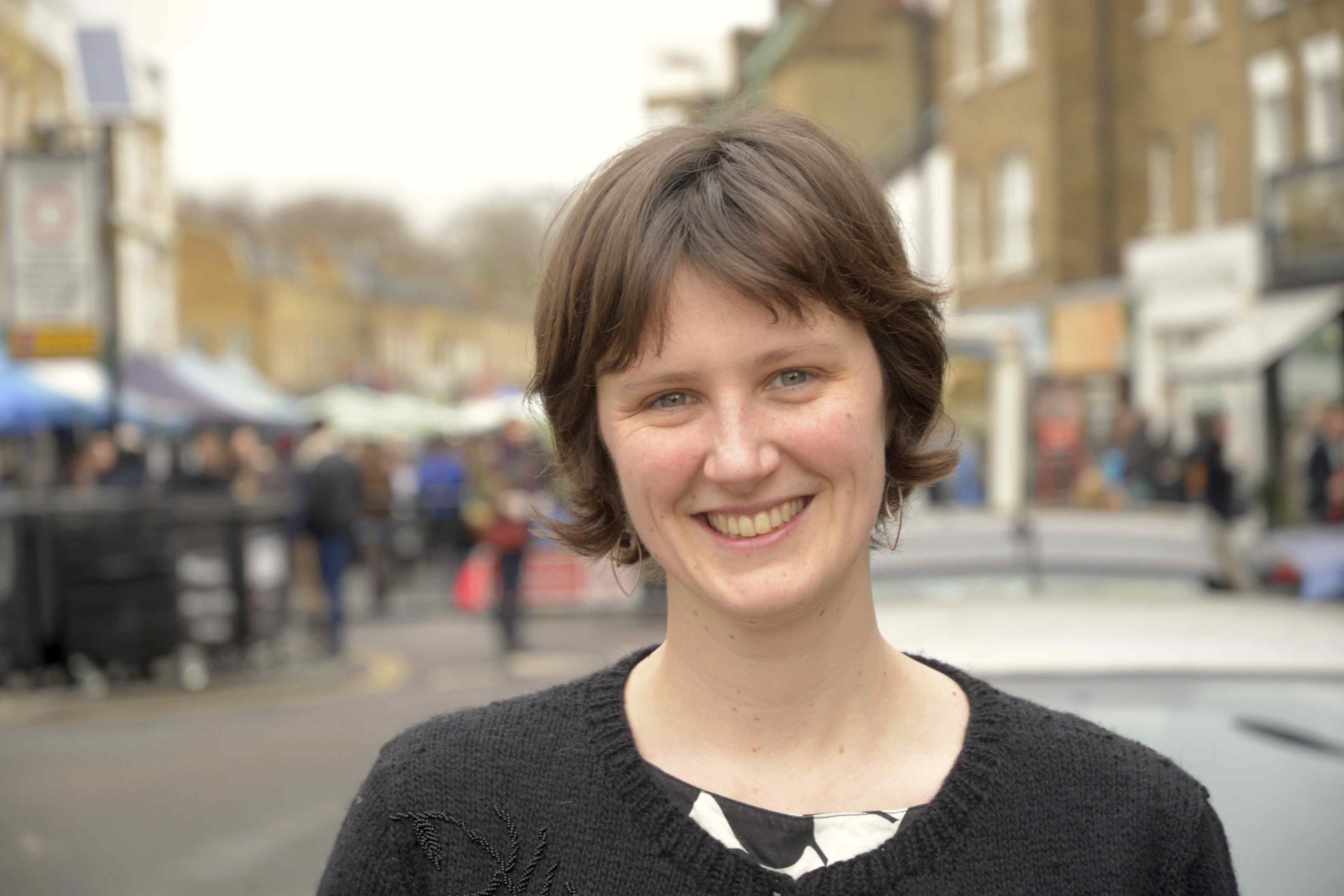 Charlotte George is a writer and director who has created over 100 short films for the web, working with human rights charities, major production companies as well as original content. She has recently ventured into TV drama directing, working on Hollyoaks as part of a Director’s UK/Channel 4 scheme to bring more women into TV directing. She is a passionate advocate of encouraging more women in to film, especially directing.

A director is: The person who decides what a film will be like (as opposed to the producer, who makes the film happen)

A film is: A magical mystery tour. Or sometimes a really boring Kontiki tour that you want to jump off.

First Movie Memory
When I was 7, The Little Mermaid was released and my mother took me to see it. I’m very sensitive to music in films (or sad music in general. can still be an issue for me)! And this film was probably the first indication of how much. I BAWLED MY EYES OUT during the screening! Mostly because of the music, but also because why would she want to live on the boring land when she’s friends with a talking crab??
When the lights came up, the credits rolled and the audience began leaving the theatre, I remember being hugely embarrassed that people could see me weeping as my mum rubbed my back and told me to “let it all out darling”.
Years later, when working at the Barbican Centre, I was on a shift at the family movie session which was the 2005 version of Lassie. A little girl in the audience sobbed loudly every time Lassie was taken away and the music swelled. I wanted to give her a big hug.

Movie memory number 2?
When I was about 12 my Dad excitedly showed me the Robert Altman film The Player, which is one of his favourites. It’s fair to say I was not ready for it – I found it disturbing and didn’t get any of the black humour. I was not exactly appreciative.
Now I think it’s great and I know it just shows my Dad is such a proud parent that he sometimes thinks I’m more advanced than I really am!

Any other tear stained movie memories?
Well, Lost in Translation came out as a Boxing Day release in Australia in 2003. At the time, my housemate was away, I was single and a bit depressed. Feeling a little sorry for myself I went to see the film on my own. The plot is about a lonely girl called Charlotte. I, yet again, sobbed all the way home.
How much time do you have? I have many more weepy stories like this – there seems to be a pattern…..

Perhaps this is all becoming a bit too much of a tear sodden. How about a more cheery Movie music memory?
I studied Cinema Studies at uni, which is essentially a useless subject but I got to watch a classic movie every week so it was worth it. Lots of films I’d heard about but never seen – The Godfather, The Shining, Goodfellas. In a classic Gen Y moment, watching the Scorsese remake of Cape Fear, I recognised the music and couldn’t work out why. Had I seen the film before? I thought not, but it felt familiar. Then I realised the theme music for Robert De Niro was also the theme for Sideshow Bob in The Simpsons. The Simpsons has done this to me a number of times – I know their parody version before I’ve seen the original! Thanks post-modernism.

Related Topics:Charlotte George
Up Next