As Movie Marker writer Stu Greenfield chats to Pollyanna McIntosh whilst she is waiting to catch a train to Sheffield it is difficult to picture this vibrant, charming woman as the anti-social, feral beast that was the star of Lucky McKee’s The Woman. Her warm personality shines through as she chats about her current film, Tales of Halloween, working in the horror genre, how a breakup helped her with her role and her upcoming projects. Oh, and she invites us to hers with our stocking at Christmas.

Stu Greenfield: Your character in Tales of Halloween looked like a lot of fun to play, despite tackling some serious issues…

Pollyanna McIntosh: Though there are elements of really dark difficult themes: domestic violence (in this case from the woman towards the man) and the longing for a child; true horror, it has that Lucky McKee edge to it where he’s approached it in his unique way. As a whole it’s shocking, grotesque, ridiculous and even uncomfortably funny.

SG: How do you prepare for a role like this, hopefully you don’t have personal experience to draw on?

PM: Haha Oh loads I often beat up my partners! No, I was able to use experience in terms of being a woman of a certain age that would like children, much like the character. And I had recently gone through a break up, very recently, like two days before shooting I was moving into a friend’s apartment, so there were emotional aspects of that which helped in terms of character. You use your imagination and it helps when the character is in denial that anything they are doing is wrong. It protects your own heart and your own soul.

SG: The film is made up of ten small horror stories that intertwine into the full film and there is a definite sense of humour throughout the film, was that mirrored on set?

PM: The crew were always respectful and were working away like bees or ants in a colony during filming but yeah there was humour on the set. I am always joking on set anyway so it was a lot of fun. There were so many fantastic people involved.

SG: There are SO many top names on board. Amazing directors such as Lucky McKee who you worked with on The Woman, Darren Lynn who directed some of the Saw franchise, Neil Marshall who directed Dog Soldiers and The Descent and some brilliant horror acting talent like Grace Phipps from the recent Some Kind of Hate, Lin Shaye from the Insidious films and the epic Brad Bostwick from Rocky Horror. Did you get to work with anybody else or spend time with them as your segments were separate?

PM: I know. I am a huge Rocky Horror fan! It must be so weird to be the guy that everyone goes ‘Oh my God that’s him!’ about. Just walking down the street and people are like ‘Oh MY God that’s him!’ Could you imagine being that guy? The main crossover really was the kids. They worked on multiple segments but there was also Ben Woolf who we sadly lost this year. He worked on a few of the segments too. There wasn’t a huge crossover as we all had a set amount of time to get our segments filmed.

SG: How long were you on set making your segment?

PM: All the segments were given a time limit of two days to complete. Some rolled over into 3 which was inevitable but it was a fast turnaround.

SG: Wow. That’s intense. Given your costume in the piece that must have meant a lot of time in makeup which probably didn’t help?

Yeah I spent a lot of time in make-up which did make the quick turnaround more difficult. But it was worth it when you look at how effective things like those long fingers were. They asked me if I would shave my arms for the arm make up and I was like Hell No! Just rip a few hairs out it’s fine. There are limits.

SG: Having only spent time on your segment was the first time you saw the entire thing at Film4 Frightfest? What did you think?

Yeah that was the first time I saw it. I had no idea what to expect to be honest, but it was unexpectedly funny. That took me a little by surprise. It was funny but it made the humour work which I think comes from everyone’s love of the genre. 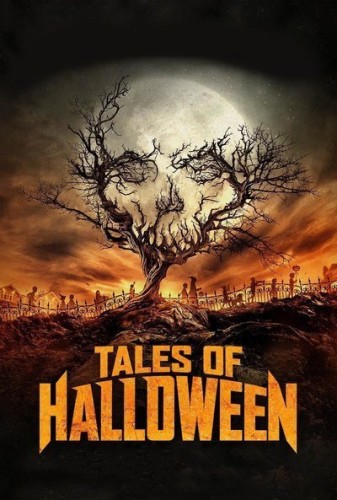 SG: There are a few awesome details in the film like one of the girls boyfriends being rather pointedly called Jason and the Carpenters Candy Shop…..

Yeah they did well with those details, again I think it just comes from a love of the genre.

SG: Did you know you would be working with Lucky McKee again? Is that what drew you to the project?

It was Lucky that brought it to me and I jumped at it. I was like ‘errr Hell Yes!’

SG: You have worked on a fair number of horror films (Exam, The Woman, Let Us Prey). Has this been a conscious decision? Are you a horror fan?

PM: No it wasn’t really a conscious decision, I didn’t grow up watching horror and t wasn’t really a part of my life. It does bring with it the opportunities to play some very interesting and fun characters. You are free to let go more. I am conscious not to just do horror as I don’t want to get typecast. I try to do more comedies and other genres too.

SG: Is that the reasoning behind doing Burke and Hare?

PM: Oh My God I loved that film. That was part of the reasoning but the opportunity to work with Jessica Hynes is not one to be passed up. She is a genius.

SG: So what is next? More horror?

PM: There are a couple of secret projects in the pipeline. There is a big L.A project coming up which should pay for a few Christmas presents. Pop round with your stocking! I am involved with a Paul Davis film and I am also writing a dark comedy script called Perfect which has meant I get to do some stand-up comedy in preparation. That was a lot of fun.

SG: Do you like being behind the camera as well as in front?

PM: It isn’t so much down to preference; I just love the storytelling aspect of being behind the camera. It is an area I would like to do more of.

SG: Is there anything in particular you would like to do in the future?

Have a little baby! I would LOVE to play Maggie Pollitt in Cat on a Hot Tin Roof. I would like to play a singer. I would like to be a lead in a comedy. I would love to work with In Bruge director and writer Martin McDonagh.

So just a few things then. With that Pollyanna dashes off to catch a train to Sheffield to work on another project.

The brilliant anthology of horror Tales of Halloween is available to download now and you can catch our review of the film on the website soon.