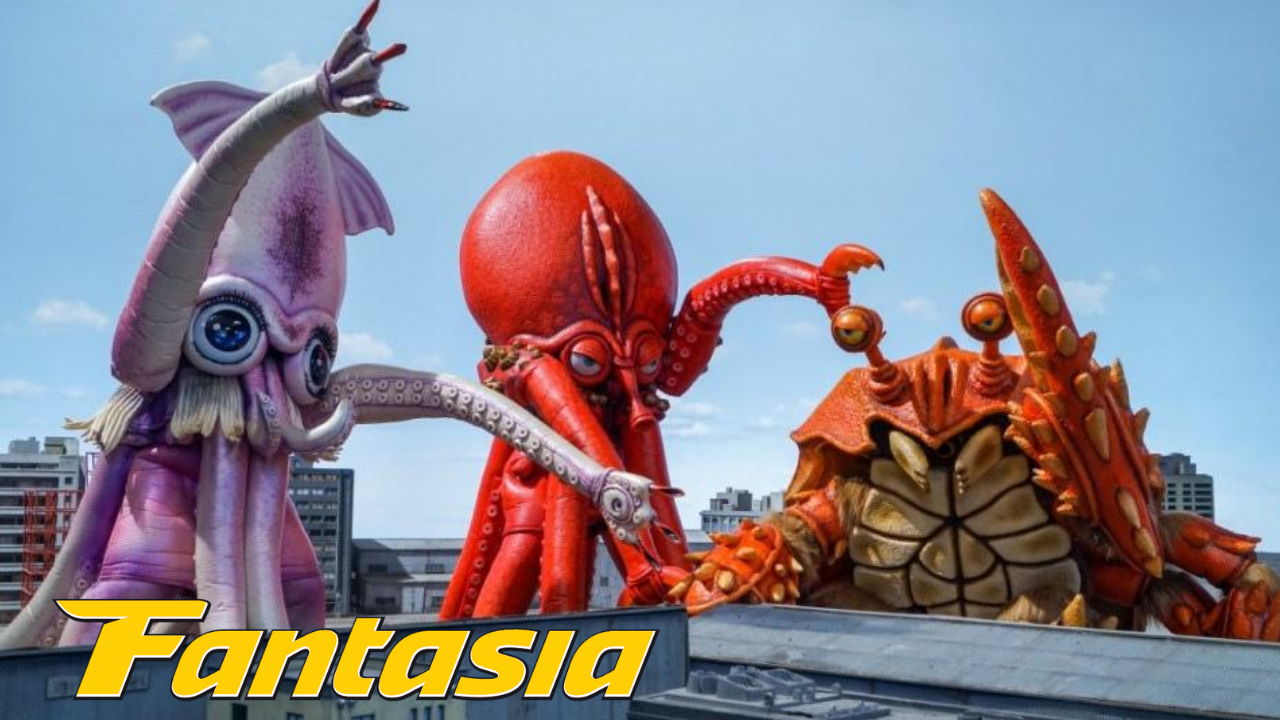 Kaiju cinema is a staple of any lover of Japanese culture. From Godzilla to Gamera and now possibly Takkora, Ikara and Kanira? Director Minoru Kawasaki conjured Monster Seafood Wars from an initial idea from Godzilla effects wizard Eiji Tsuburaya. Kawasaki is known around the Fantasia Festival scene already, and Monster Seafood Wars is his latest gift to the festival.

The story follows Yuta, a young master at the Tsukiji Fish Market; he accidentally drops his mixed seafood meal into the Sumida River. Some time afterwards a gigantic mutated squid monster arises from the depths and begins to wreak havoc upon an awe-stricken Tokyo. As it seems things couldn’t get any worse, an enormous mutant octopus monster emerges from the deep and heads into a clash of the titans with the gargantuan squid! As a last-ditch effort, the government forms the “Seafood Monster Attack Team (SMAT)”, and an all-new plan of attack is set. But just as the tide appears to be turning in humanity’s favour, a colossal crab monster appears, joining in the Monster Seafood Wars.

Minoru Kawasaki pays homage to the Kaiju cinema of old with Monster Seafood Wars. While the overall outlay may come across as low budget, it oozes character and history. The simplicity of the narrative drives Monster Seafood Wars, at certain moments, you can predict what is going to happen, but there is a pure force of ingenuity that keeps you engaged. Yes, these are humans in giant monster costumes, but this is the sheer joy of this movie. There is a massive wave of nostalgia that floods over you and Kawasaki’s film will consume you.

Positives aside, there is a sheer lack of fleshing out in some scenes. There is no real explanation of who our SMAT team are and what they bring to the obliteration of these Kaiju. You must wonder if this is truly essential for this type of plot? Well yes, as it helps to feel more compelled to the characters that aren’t giant seafood monsters. Special mention must go to Keisuke Ueda and Ayano Yoshida Chrisite. They provide a much-needed spark to the story, and they helm Monster Seafood Wars with high class.