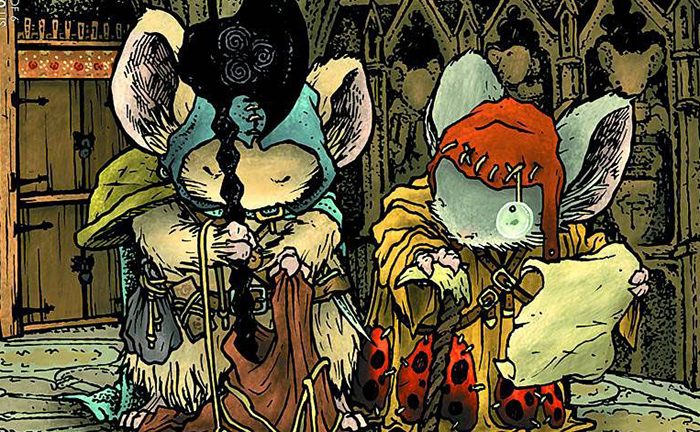 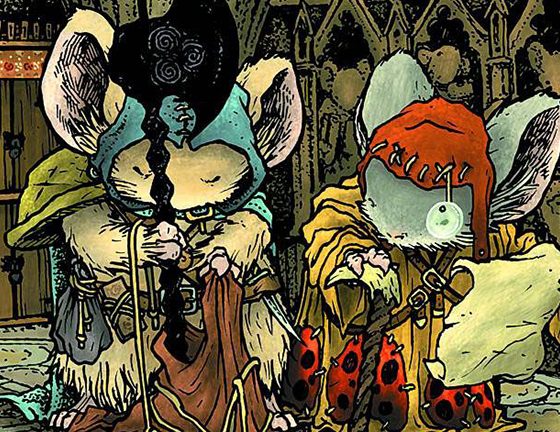 20th Century Fox’s forthcoming motion-capture fantasy feature Mouse Guard, which had been in the full-swing of pre-production, has been shut down two weeks from the commencement of filming.

The cancellation appears to be at the behest of The Walt Disney Corporation, who now own Fox, and are reviewing the full-slate of upcoming features. They’ve previously stated that all films that had commenced production would indeed see a release – as such, in stopping Mouse Guard before it can start, they’re no longer obligated to finance and distribute the flick.

The official word from sources close to the production is that the picture ‘wasn’t a good fit’ for the studio, who want Fox to stay focused on an older demographic, whilst Disney corners the market on children’s entertainment.

Created by David Petersen as a best-selling, Eisner-winning graphic novel, Mouse Guard is set in a medieval fantasy world of anthropomorphic animals; the story follows an order of mice who are the sworn protectors of the realm, and sees them face off against a veritable menagerie of predatory villains, such as foxes, eagles, and rats. The film was to be shot by utilising state-of-the-art motion capture, as provided by the world famous WETA Workshop (The Lord of the Rings Trilogy), which reportedly contributed to a high price-tag that further turned off The House of Mouse.

Idris Elba, Thomas Brodie-Sangster, Andy Serkis, and Crazy Rich Asians’ Sonoya Mizuno had all been cast for the picture, which was to be directed by Wes Ball (The Maze Runner). Ball and the other filmmakers are now in the process of attempting to find a new backer for the film, including utilising Serkis’ connections with Netflix.