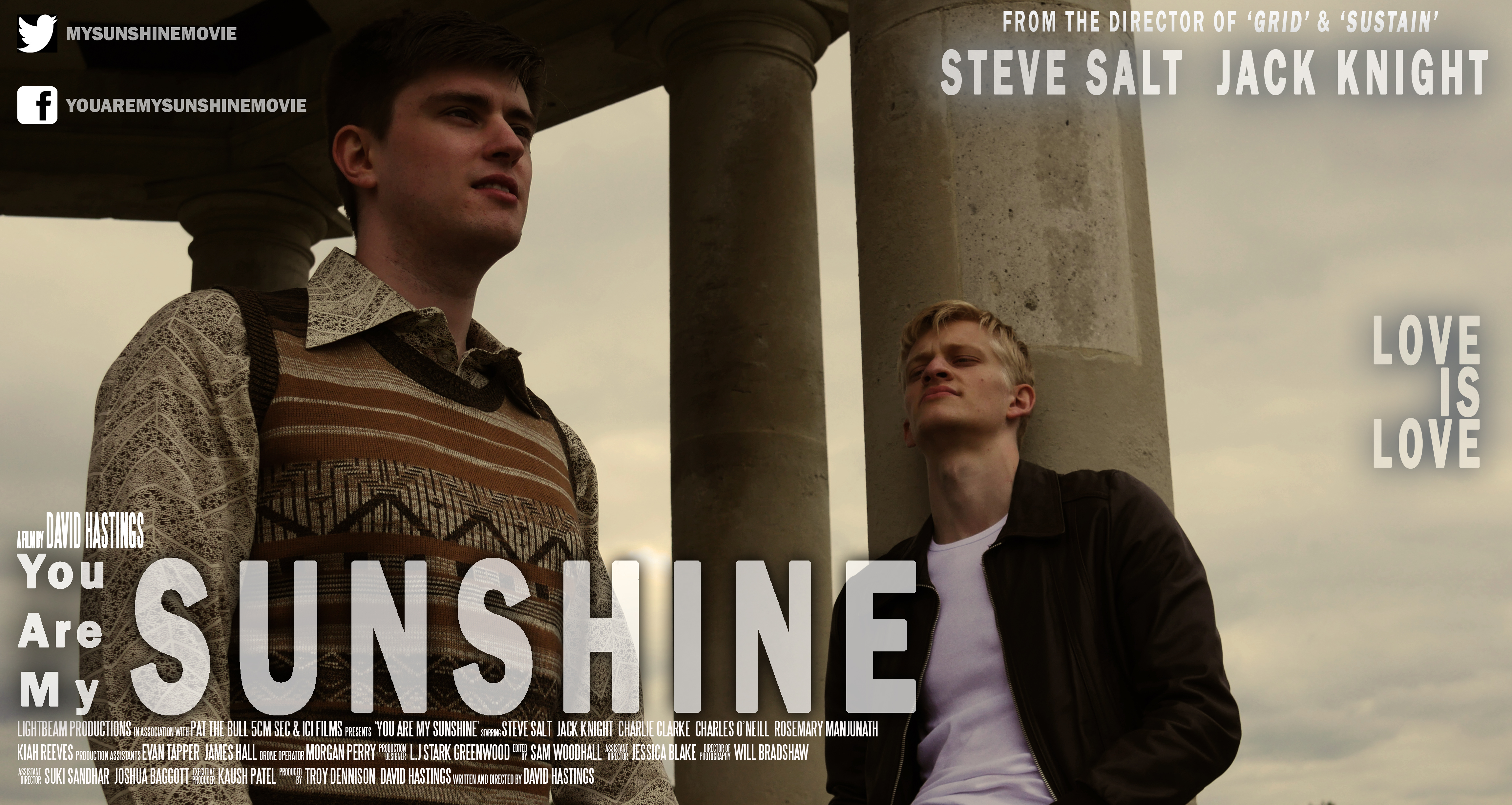 Carving out a solid reputation already for multi-stranded narratives through their debut feature ‘Checking In’ and horror anthology ‘The House Of Screaming Death’, whilst effectively presenting authentic stories with strong LGBTQ themes, like ‘Brink’ and ‘Grid’.

West Midlands-based director Dave Hastings and producers Troy Dennison and Kaush Patel will be re-teaming this Summer for ‘You Are My Sunshine’, chronicling a tender 1970’s romance shared by Steve Salt’s Tom and Jack Knight’s Joe, in a world that was only just waking up to homosexuality.

Promising to be a heartfelt look at two extraordinary lives wanting nothing more than to be together against hostility and prejudice, its filmmakers are undeniably passionate about the project. 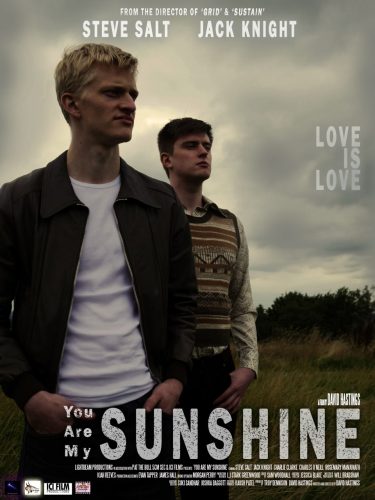 ‘This is an important story to tell now more than ever. Especially when we are again seeing a rise in homophobic crimes around the world, which in itself is sickening. Sunshine shows that while in the face of tough adversity, whatever your sexual preference, there is never anything wrong with falling in love with someone of the same gender. Instead, just be happy. What on earth is wrong with wishing that for anybody.’

‘while the film presents hope, it never shies away from showing the ugly side of these discussions, with the script showing how in the 1970s, even when we had the first Pride in the UK, attitudes were still very difficult, and were strong enough to rip whole families apart, an event that could take decades to heal, while in other cases, not even being repaired at all, leaving some members of the LGBTQ community vulnerable and separated by their families forever.’

Joining Salt and Knight will be Charlie Clarke and Rosemary Manjunath, who will play the younger and older incarnation of Joe’s sister Ethel, along with Charlie O’Neill as adult Joe as the story spans over two decades.

In an ever-evolving LGBTQ cinematic landscape and with the very best traditions of British cinema at its core. We are more than happy to show our support for this film.

You can BACK the recently launched Indiegogo campaign for ‘You Are My Sunshine’ HERE!

The Game of Poker in James Bond Films