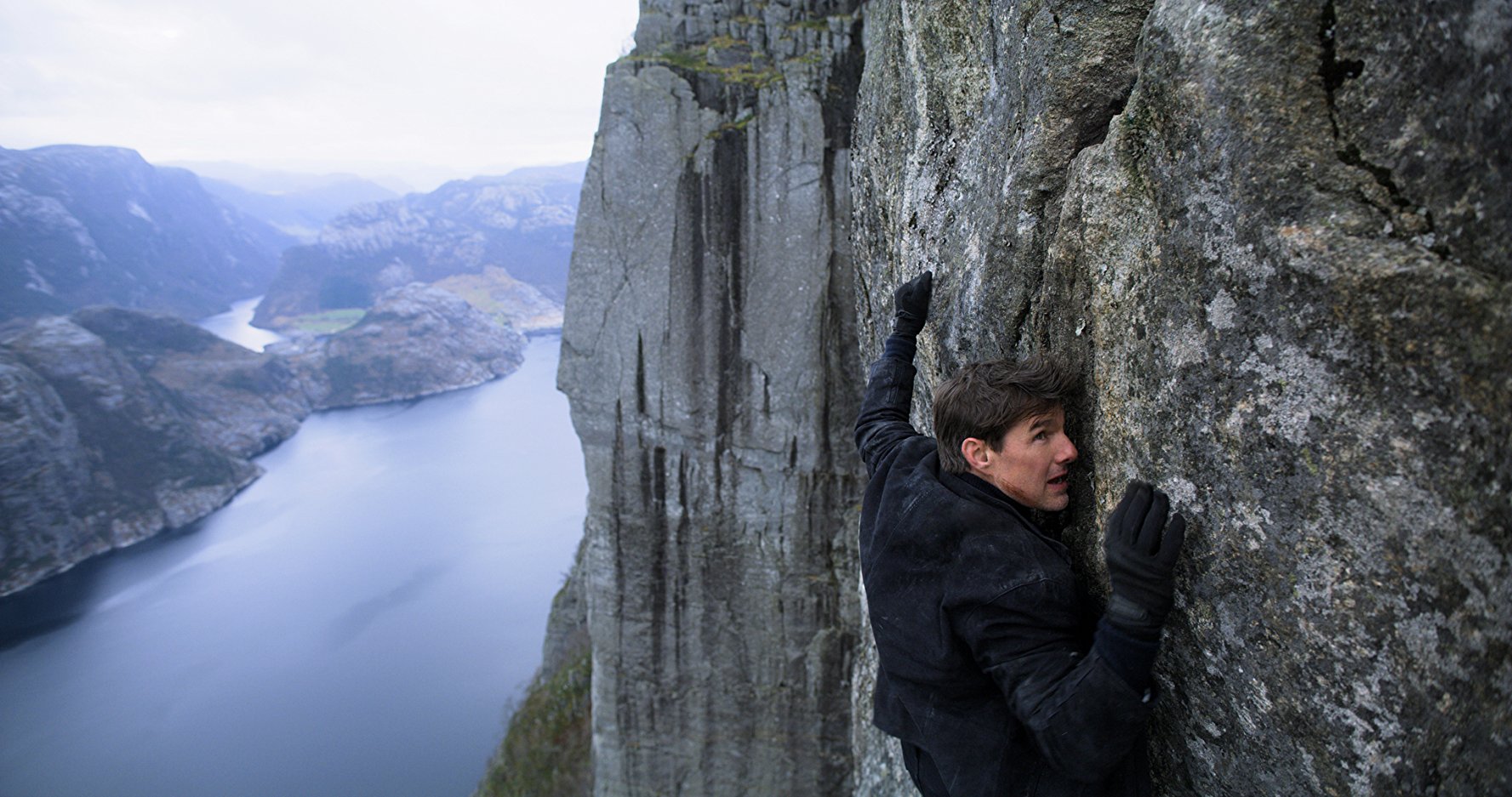 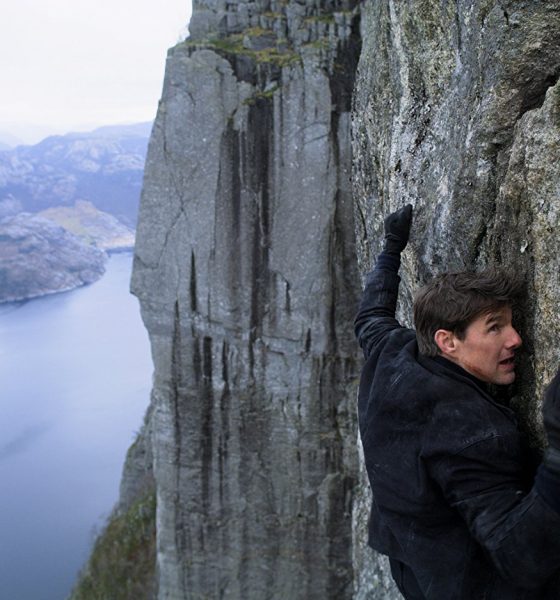 ‘What the hell is he doing!? I find it best not to look.’

Rebecca Ferguson. You’re certainly not alone in questioning the thought process of a man seemingly gunning to be ‘The Greatest Stuntman’. Another one Mr Cruise? I imagine his reply is Never Enough. Never. Never.

22 years and six instalments in. Facing stiff competition from Bond, Bourne and a plethora of comicbook darlings along the way. This particular Tom has continued to be a marvel, risking life and limb to give us the adrenaline-pumping thrills we crave, admirably relying on old-school practicality instead of the obligatory CGI bombast we modern cinemagoers have grown accustomed to.

Previous instalment ‘Rogue Nation’ boasted an elegant operatic set-piece in Vienna, with returning (a first for the series) director Christopher McQuarrie masterfully pulling the strings in the background. Well imagine ‘Mission Impossible: Fallout’ as a grandiose death-defying symphony, that could easily leave you breathless in the front row, never mind the upper tiers of this cinematic arena.

Whilst consistent in its entertainment value. It could be argued these films haven’t dug deep enough into the psyche of IMF’s main man. McQuarrie is quick to remedy this right from the outset as a pulsating plutonium power struggle ensues, with Ethan Hunt (Cruise) still reeling from his encounters with Solomon Lane (Sean Harris), the latter a mere pawn now in the eyes of a terrorist organisation called the Apostles.

Trust in Ethan’s methods diminishing with the addition of CIA superior Erica Sloane (Angela Bassett) who compares him to a scalpel, she introduces a ‘hammer’ to the situation in the form of August Walker (Henry Cavill), who is tasked with assisting Hunt and his usual suspects Benji (Simon Pegg) and Luther (Ving Rhames) in preventing further global atrocities. Interrogation? Not for this Man Of Steel.

Intertwining plot threads left dangling by its predecessors to layer its absorbing narrative, with Michelle Monaghan’s love interest Julia a notable inclusion. McQuarrie truly allows the audience to become emotionally attached to these characters this time around beyond the wisecracks and gadgetry, which only serves to fuel the tension and raise the stakes of its balletic action choreography. Playing a lead protagonist who can easily be perceived to be indestructible up to now. The moral angst that engulfs Cruise’s Hunt is refreshing, as his unwavering loyalty to his fellow field agents is deemed a weakness in achieving their intended objective.

Only for this aspect to be amplified by the compelling complexity of Rebecca Ferguson’s Ilsa Faust who returns with her own agenda, remaining appreciative of Hunt’s relentless nature to complete a mission by any means necessary, with one particular Paris stand-off utterly engrossing. Whilst Sean Harris’ Solomon Lane continues to favour chilling prose, it’s a joy to finally see Henry Cavill utilised in a blockbuster effectively as August Walker, a bruising no-nonsense adversary whose reloading arms prove a worthy match for Hunt.

Yet for all its superior characterisation. Mission Impossible would amount to little without its enthralling stunts, with the film gleefully  looking to out-do the previous set-piece throughout its running time, only to succeed in jaw-dropping style. From heart-stopping halo jumps at 25,000 feet to a heady helicopter chase that made me audibly gasp at its sheer audacity, McQuarrie’s dizzying camerawork and respectful capture of its sleek locations as we witness Cruise’s crazy antics close-up, is as pure as popcorn cinema gets.

‘Fallout? With this franchise? I suspect that thought will self-destruct in five seconds once you clap eyes on this outing. An astonishing genre offering in its own right, in a series that continues to evolve in exhilarating fashion.