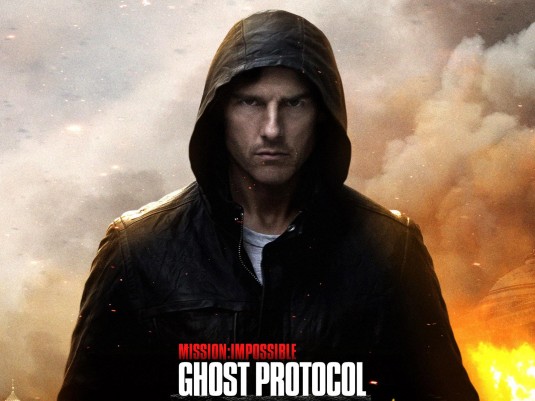 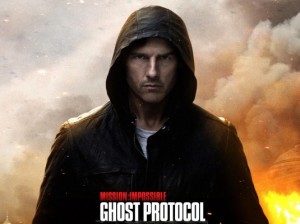 Brad Bird is well know for doing animation movies, he trained as an animator for Disney, where he eventually went on to direct and write two of Pixar and Disney’s best movies, ‘The Incredibles’ and ‘Ratatouille’. This is his first live action film, and what a big task it was to take on. The 4th installment of the Mission: Impossible series. With Cruise back on board leading and producing duty’s, also JJ Abrams is hopped on for some producing duty’s also. Certainly sound’s like a tasty thing going on, I didn’t seem to be excited.

The Kremlin in Russia is blown up by a dangerous Terrorist named Hendricks (Michael Nyqvist) who has launch codes for Russian nuclear weaponry , Ethan Hunt (Tom Cruise) and his team are unsuccessful in stopping him, and then being put in the frame for actually causing the explosion. In a desperate attempt, the president invokes Ghost Protocol- which means that Ethan and his team, has no back up and no help from the government. It leaves them on on the chase for Hendricks around the world to catch him before he try’s and strikes on the U.S.

This is a well crafted action movie, with Birds direction, you can see that he has been quite creative, with some brilliant action scenes, especially the car factory scene. There are some standout performances, newcomer to the series Jeremy Renner is superb, working well on scenes with Cruise. The story is pretty decent as well, giving enough space to keep up with story, which is a pretty good thing.

It did have a few slow areas where it could of lost the viewer quite easy, but seemed to kick back into the good stuff. I thought that Michael Nyqvist was very under used, would of liked to see more of his very good acting skill’s.

Not perfect, but probably the best film of the series. With Brad Bird on the helm, and Renner involved, it has seemed to breath new life into it. Action fan’s, get strapped in and go and enjoy.