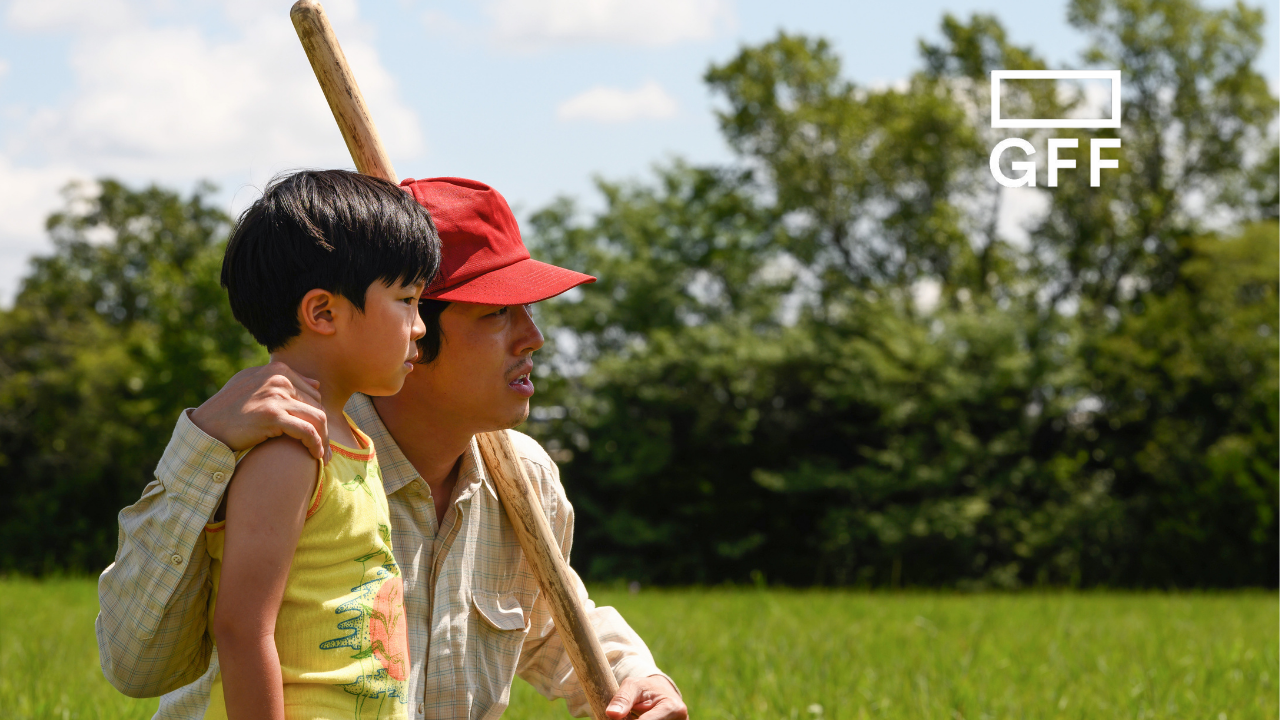 Finding your own place in this world? A daunting challenge. Finding the ideal spot to set up home for a burgeoning family? Arguably greater. Burdening that responsibility and bearing the weight of those collective expectations on one’s shoulders can so easily lead to a crisis in faith, prompting you to frantically look upwards and around you more intensely, seeking a sign you are indeed on the right track.

Those unexpected bumps in the road can shake a family unit to its very foundations. But it’s undoubtedly in those frightful moments, and your eyes become genuinely exposed to the sheer resilience that is summoned up through that hardship. Inspired by his own upbringing, Lee Isaac Chung’s Minari is a pure, poignant reminder of that human spirit which will have this reviewer’s heart for quite some time.

Making the dramatic move to 1980’s Arkansas. We are immediately lost in its lush scenery and the struggle between ambitious father figure Jacob (Steven Yeun) and despondent mother Monica (Han Ye-Ri) over the suitability of such a change in direction. Jacob the classic case of being seen to be providing sufficiently for her and their two charming children David (Alan Kim) and Anne (Noel Cho), in order to keep his feelings of inadequacy at bay, as he enlists the services of the staunchly religious Paul (Will Patton) to help meet his lofty expectations for their new plot of land.

In Monica’s case, her heart very much remains back in California with the optimism far from shared. Stressing over the financial implications of Jacob’s unrelenting pursuit for prosperity alongside an ongoing heart problem for David, you suspect the separation of baby chicks daily may just be a hint of the growing distance from each other. Soon forced to adjust further by the imminent arrival of her mother Soon-Ja (Youn Yuh-Jung), who thrives on subverting the conventions of how a grandmother should behave, much to David’s particular dismay, who reluctantly shares his room with her.

Within the film, Soon-Ja is effusive in how she talks about this Korean herb (hence the title) she has brought with her. Its ability to grow wherever it’s planted. It ends up being the perfect visual metaphor because everywhere you look in Minari, it is overflowing with sheer beauty, building in stature with each minute that passes by. The tranquillity of Emile Mosseri’s mesmeric piano-led score as Lee Isaac Chung sweeps you along for the ride through exemplary use of tracking and mid-shots across this rural American heartland. The evocative slow-motion capture of the wonder beaming from its younger protagonists’ faces immersed in nature, reminiscent of the grounded adventures you tend to grow upon.

However, Chung’s crucial sidestep in what enables Minari to succeed fully is that it doesn’t succumb to a basic clash of cultures in its superior storytelling, only dropping subtle hints of the identity crisis faced by all involved. The grand inquisition of whether they should embrace their local church’s spirituality and teachings. A design of a playing card split between the two colours, black and white, mirroring the grey area this family is still collectively operating within in adapting to their new lifestyle. Jacob’s sheer confidence in establishing themselves on American soil, perhaps blindly in the humble beginnings, whilst carving out their own unique path. Regardless of the language spoken or the country you were originally born in. It’s putting your own stamp on this idea of the American Dream, which is universal, and Chung’s recognition of this makes Minari a transcendental experience.

Sticking with Jacob. Steven Yeun’s leading man’s internal conflict in how he asserts his authority and reinforces his masculinity through success is unshowy yet compelling. Such uncertainty in what it means to be a man spills into the playful young mind of Alan Kim’s David, as he is ridiculed for the ailments he has by the scene-stealing firecracker that is Youn Yuh-Jung’s Soon-Ja, the key source for the film’s zingier dialogue. But as circumstances change and initial tensions subside. An emotional charge is set on their gentle dynamic, which will have you weeping before its life-affirming final salvo. More refined in her emotions in the older sister role compared to David. Noel Cho impresses as the undeterred Anne alongside the heart-breaking work of Han Ye-Ri as Monica, who displays remarkable resolve to stay strong for the sake of those around her.

An early 2021 frontrunner that stirs the soul. Minari is quite simply poetry in motion.