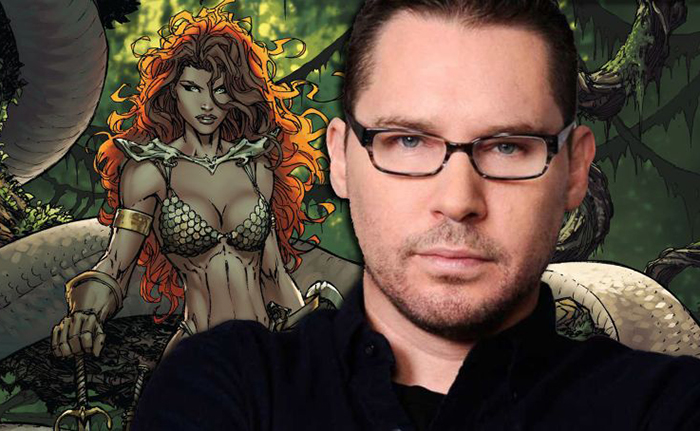 As Superman Returns director Bryan Singer continues to be embroiled in a litany of allegations concerning sexual misconduct with underage boys, his proposed adaptation of the long-running swords-and-sorcery comic book Red Sonja has reportedly been delayed indefinitely.

This news comes despite affirmations to the contrary in late January by studio Millennium Films’ chairman Avi Lerner, who said at the time that “The over $800 million Bohemian Rhapsody has grossed, making it the highest grossing drama in film history, is testament to [Singer’s] remarkable vision and acumen. I know the difference between agenda-driven fake news and reality, and I am very comfortable with this decision. In America people are innocent until proven otherwise.”

Now, when asked about the project, a spokeswoman for Lerner told press that “the project is not on the slate at the moment and is not for sale at the European Film Market in Berlin”. No further comment was given on the matter.

Created by writer Roy Thomas and artist Barry Windsor-Smith for Marvel Comics in 1973, the character of Red Sonja is partially based on Robert E. Howard’s characters Red Sonya of Rogatino and Dark Agnes de Chastillon, from his cult-hit Conan the Barbarian pulp novels. The character was previously adapted to screen in 1985’s Red Sonja, portrayed by Brigitte Nielsen. Red Sonja is known for her flaming red hair, and iconic chain-mail bikini.

The news of the new production’s delay comes just days after Lerner stuck to his guns in an interview with the Israeli press, where he said: “The complaints I receive ask why I don’t fire him, and the answer is simple: Bryan hasn’t been found guilty of anything in court. We take these accusations in all seriousness and we looked into them, but at the moment, from what we gather, they are completely baseless”. It’s thought that pressure from investors caused the dramatic u-turn.

In response, GLAAD issued a statement to press that read: “Thank you Millennium Films for putting Red Sonja on hold after survivors of sexual assault spoke out against director Bryan Singer. The industry needs to hold those who perpetuate harms against anyone – especially vulnerable young people – accountable for their actions. We will continue to stand with survivors of sexual assault and join with other organisations in refusing to remain silent when it comes to protecting them.”

Bryan Singer still denies all allegations of wrongdoing.
Related Topics:GLAADRed Sonja
Up Next