Next year, they will be reunited in ‘Top Gun: Maverick’ and the sequel is wasting little time in bringing in fresh faces.

Behind the camera, Cruise will be collaborating once again with his Oblivion director Joseph Kosinski. Now it has been confirmed that The Spectacular Now actor Miles Teller will be starring in the follow-up as the son of Goose, played by Anthony Edwards in its 1986 predecessor.

First reported by Variety, Teller was quick to acknowledge the news on Twitter with Set It Up’s Glen Powell also reacting to the announcement, with various reports suggesting he previously tested for the role too. Considering the dizzying drumming skills on display in ‘Whiplash’ alongside J.K Simmons, we guess that wasn’t fast enough for Miles. 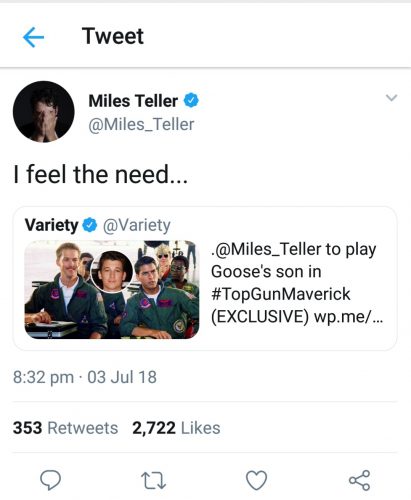 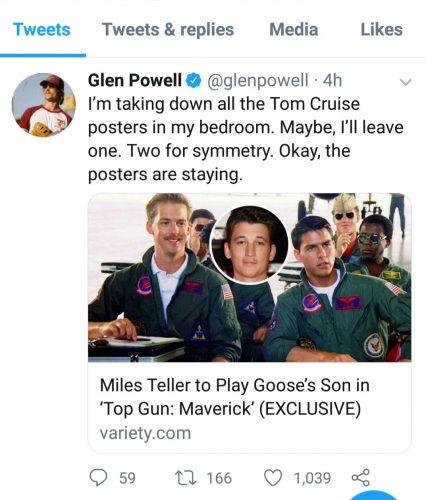