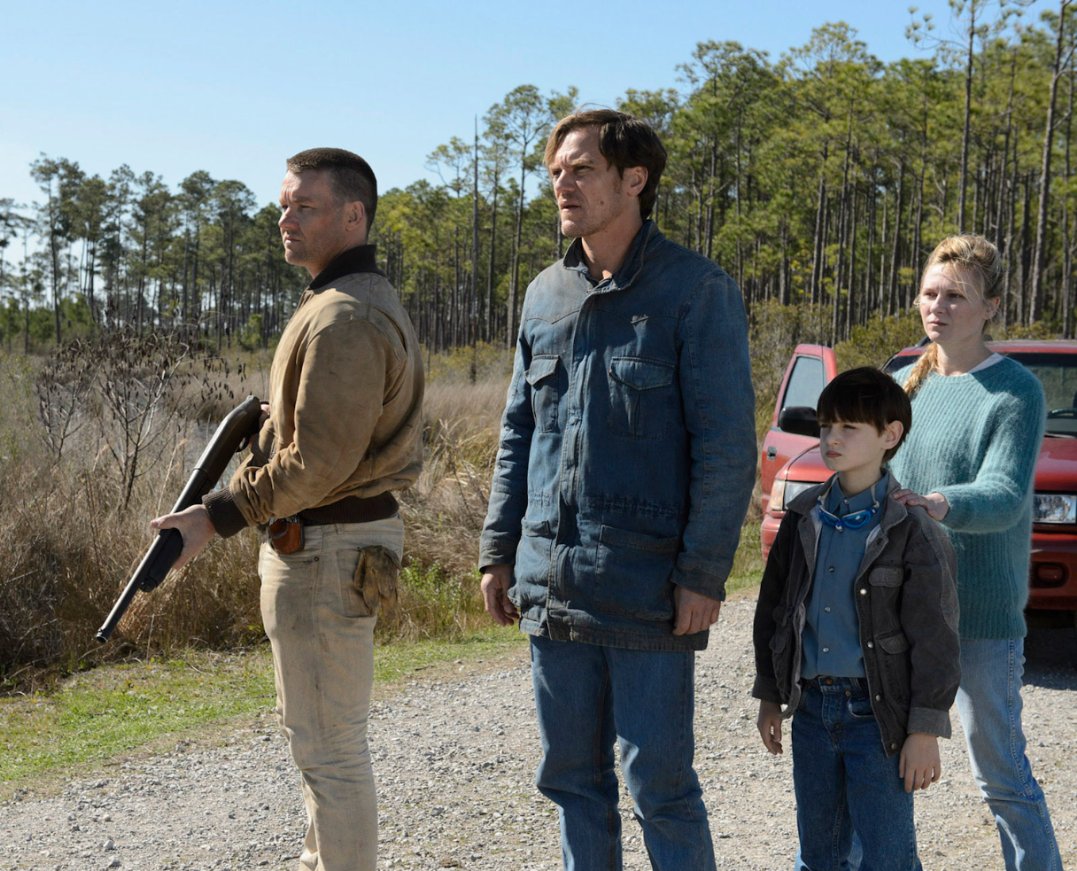 There are certain actors that it doesn’t matter what project they’re working on, you will watch it. I have a few of those, Oscar Isaac, Scarlett Johansson and, Michael Shannon.

He is an actor I can watch endlessly, he is never less than compelling and can elevate a poor film to loftier standing, but when he gets great material as he has always found in his collaborations with Jeff Nichols, you get something rather wonderful. Shannon is a tour de force in everything, even when he’s playing a role like this as a father desperate to save his son.

There are definitely aspects of a previous Nichols and Shannon project here, and that film was the criminally unseen Take Shelter, a film about a family trying to hold it together as the world comes to an end, Midnight Special seems like an evolution from that film, both are brilliant, both feature similar themes but stand apart in terms of content.

There are hints of Super 8 and Tomorrowland, or at least what those films were aspiring to be, succeeding in capturing some of that mysterious magic we used to see from 80s Steven Spielberg, and Jeff Nichols himself compared this film to E.T and Close Encounters of the Third Kind. This heritage shows through but it’s not derivative or distracting, coming off as unique rather than a direct homage to a different age.

Midnight Special is an original science fiction chase film, of a breed we rarely get these days, and more than that, it’s a great one too.

Shannon plays Roy, who has seemingly kidnapped a boy, Alton, who turns out to be his son, from a religious cult. And it’s made clear early on that Roy and his childhood friend Lucas will do anything to protect Alton, and that he’s not just any ordinary boy, we start to see Alton’s powers manifest in different ways, some scary, and we are left to wonder if the cult is correct and he’s some form of Messiah, or if he’s an alien or something else entirely.

But as serious as things get, the stakes are high for these characters, even though the fate and endgame they approach is unclear to them, it manages to stay light in parts with moments of humour, and there’s a sense of joy to be had here too.

It’s a fantastic cast on show, a group of actors in crazy situations, that increasingly escalate in terms of scale and madness, but the way the actors play it straight and serious, as if this is real, it’s happening, makes them all the more compelling to watch.

Michael Shannon is simply brilliant, as he is in all of his films. But the rest of the cast deserve strong praise, Joel Edgerton and Kirsten Dunst in the other supporting roles have a lot to offer and bring life to well rounded characters, Jaeden Lieberher has the more difficult job of being the young boy with these amazing gifts, a role that is often thankless but he plays it rather well and makes us care for Alton. Adam Driver also appears in a small role throughout the film, and there’s nothing wrong with what he’s doing, I just now find it very hard to see and hear him without thinking of Kylo Ren.

This film had a small budget, just $18 million, and yet it looks great throughout, mostly due to Nichols’ skill as a director, there are some shots here that I won’t forget in a hurry.

Midnight Special is, for lack of a better word, something quite special and I do urge people to seek it out. The film only received a limited release in the US but is well worth checking out, especially if you’re a fan of Nichols other work and that of Michael Shannon, and if you like a bit of original sci-fi mystery.

Jane Got A Gun