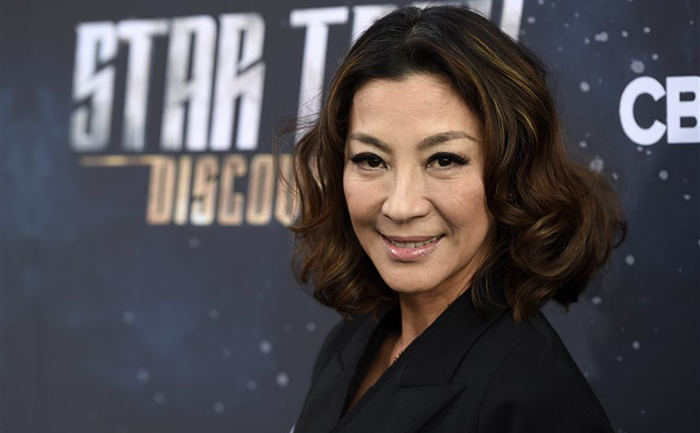 Yeoh will play a scientist named Dr. Karina Mogue, though in what narrative capacity she’ll function is presently unclear. In reference to her casting, Cameron released a statement saying: “Throughout her career, Michelle has always created unique and memorable characters. I look forward to working with Michelle to do the same thing on the Avatar sequels.”

Avatar, the original, was released in 2009 and – thanks to revolutionary new 3D technology – became (and is still) the highest-grossing film of all time; drawing in an astounding $2.78 billion at the global box office.

Unfortunately, that’s presently where the cultural impact of the franchise ended. Beyond a staggeringly unpopular theme park (Pandora: The World of Avatar, a subsection of Walt Disney Resort’s Animal Kingdom park), the cultural conversation moved on fairly swiftly from the sci-fi adventure.

The four planned sequels (yes, four, god helps us) are rumoured to be titled Avatar: The Way of Water, Avatar: The Seed Bearer, Avatar: The Tulkun Rider and Avatar: The Quest for Eywa, though it’s currently unknown which of those titles will relate to which individual sequel.

Avatar 2 will launch into cinemas on the 18th of December, 2020 (over 11 years since the release of the first). The third film will follow a year later, on the 17th of December 2021. Avatar 4 will release after an unexplained three-year wait, on the 20th of December, 2024, And finally, Avatar 5 will cap the saga on the 19th of December, 2025. All four will see Sam Worthington and Zoe Saldana return, and will also – at some point in the second or third films – introduce Kate Winslet as a member of the reef people of Pandora.

Michelle Yeoh is also expected to return for the forthcoming sequel to Crazy Rich Asians, which is expected to begin filming next year, entitled China Rich Girlfriend. She can next be seen in Paul Feig’s Last Christmas, out on November the 15th, this year.