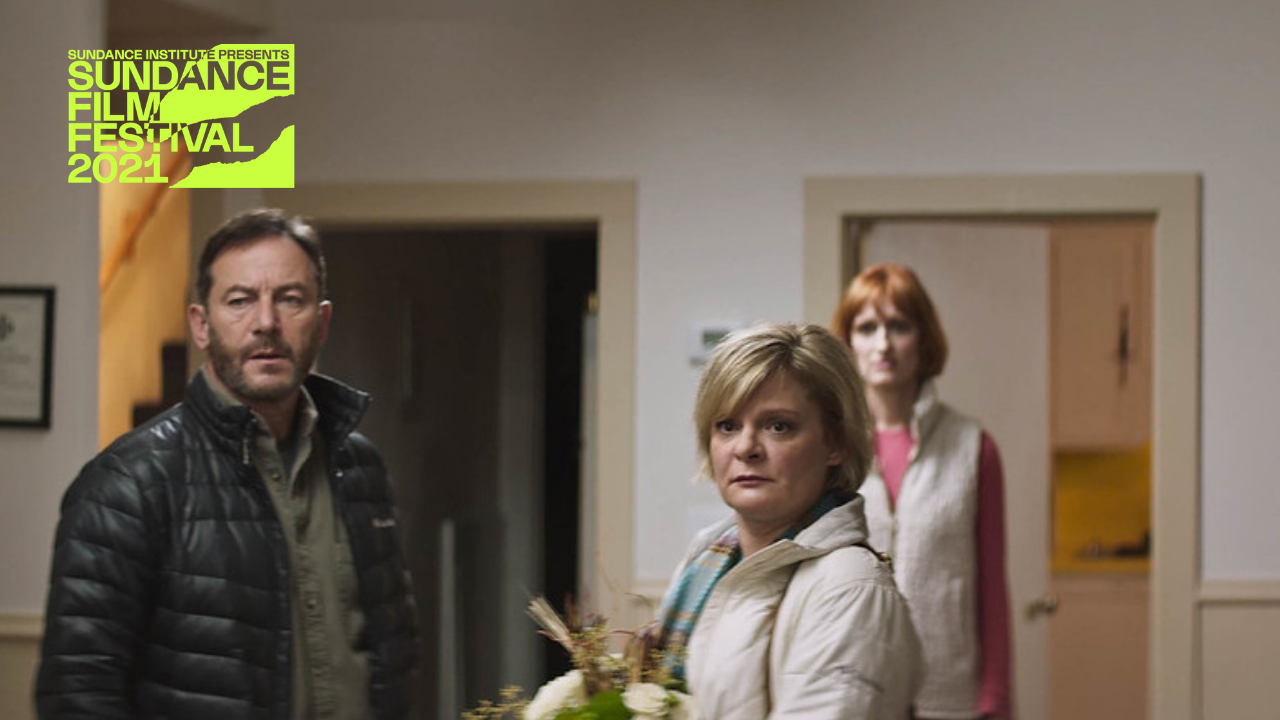 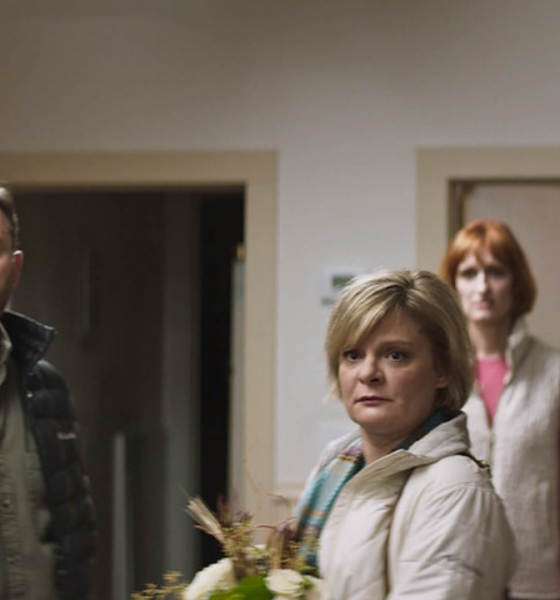 The desire to move forward through an unthinkable tragedy brings two couples on opposite sides of a school shooting to meet each other face to face in a gut-wrenching drama from first-time director Fran Kranz. This is a raw and unflinching look at the all-consuming nature of grief and the potential for forgiveness amongst the fragments.

Taking place six years after the fateful event, Jay and Gail (Jason Isaacs and Martha Plimpton) meet Linda and Richard (Ann Dowd and Reed Biney) in the back room of a church. It’s awkward. The church helpers don’t know where best to place the tissues. No one knows where to place the flowers Linda has brought for Gail. No one knows where to look as they sit around the table. Jay begins to lead as, advised by their mediator, they share pictures of their sons. Linda presents a snail collection jar, still aching to reflect her son Hayden’s sensitivity despite his horrific actions. Gail slowly unfurls and directs more pointed questions towards Linda, seeking to understand why her son Evan was killed. Jay and Richard make a brief detour into the politics of gun control, but neither utter more than a sentence before Gail cuts them off. This is a particularly smart decision on the part of Kranz, as when discussing the crisis of gun violence, inevitable political lines are drawn, and while this discourse certainly has its place, it’s not at this table. Mass is about the four individuals in the room. And we see them as individuals; each with their own responses to the tense exchanges. It’s a necessary reminder that grief can manifest differently in each person when a traumatic event of this level occurs. Together in the radius of the fallout, but in many ways alone in the after-effects. Another wise choice from Kranz is in forgoing flashbacks of the event itself. Small details about the impact are bled in; widespread media attention, lawsuits, depositions, press statements; but Kranz trusts his cast deliver the emotional heft through the weight of their words and depth of their performances.

And what performances they are. Each actor brings an astounding, almost unbelievable level of mastery to every line, every anguished breath, each flicker of a pained expression. Kranz’s adept screenplay serves to give each actor their moments of elevation within the already stellar dialogue, providing a tour-de-force that is utterly devastating yet one feels privileged to have seen. If needing to split hairs when making what are sure to be awards considerations, Ann Dowd is undeniable with her portrayal of a mother daring to still love her son, despite the tough questions and truths of how well she knew him. Isaacs also wows in his heartbreaking resolve to cling to and own the details of his son’s death. An attempt to retain an element of certainty in an aftermath that offers few straight answers.

One of the few images that intercept the intimacy of the ensemble is of a fence within a mountainous landscape, with a worn ribbon tied to it and flailing in the wind. This is shown more than once, each shot slightly different from the last. While a range of meanings can surely be attributed, Mass’ exploration of two couples coming together to survive the pain of their experience, gives hope that there is life on the other side while honouring those lost. A tough, draining watch, but very much worth the journey.