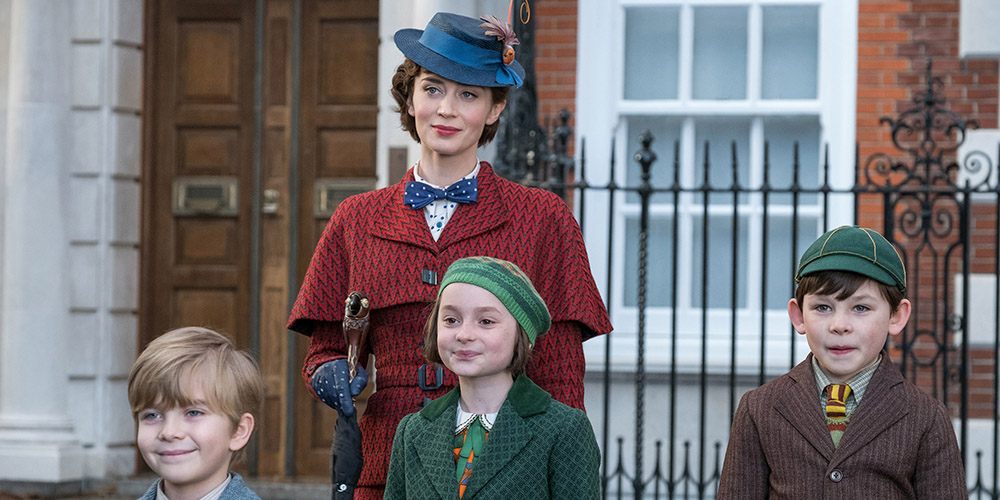 There are certain moments in cinema history that you think (or hope) might never be touched again – and, for many, Mary Poppins was one of them. So there was no one who envied Rob Marshall’s position when it was announced that he’d be making a Mary for the modern age. For people of all ages, Poppins was childhood joy personified, so unsurprisingly, not everyone was immediately thrilled. Part sequel, part standalone, it seemed that die-hard fans had been waiting with bated breath to see what would become of their prized memories.

Well, you can all exhale.

Mary Poppins Returns is utterly brilliant. A joy from start to finish, it’s both a trip down Memory Lane and a brisk stroll down new avenues – it retains the heart and soul of the original but infuses with a freshness that perfectly updates Mary for a 21st-century audience. Funny, poignant, joyous – it’s a technicolour marvel that does Julie Andrews proud.

What’s cleverest about the film is that it strikes the right amount of paying homage. No one wanted a remake – but no one wanted Marshall to pretend that the original had never existed. What he does, then, is infuse moments from the original; be it in a musical refrain (the opening notes of A Spoonful of Sugar had several adults gasping around me), a visual gag (the cartoon penguins!), or just a subtle nod to what had come before. Marshall’s new version keeps the same smoky London skylines at the forefront of scene-setting, and when we first meet Lin-Manuel Miranda’s lamplighter Jack as he cycles around the front of St. Paul’s at down, scattering pigeons as he does, that’s all the reassurance we need that everything we love is still there. 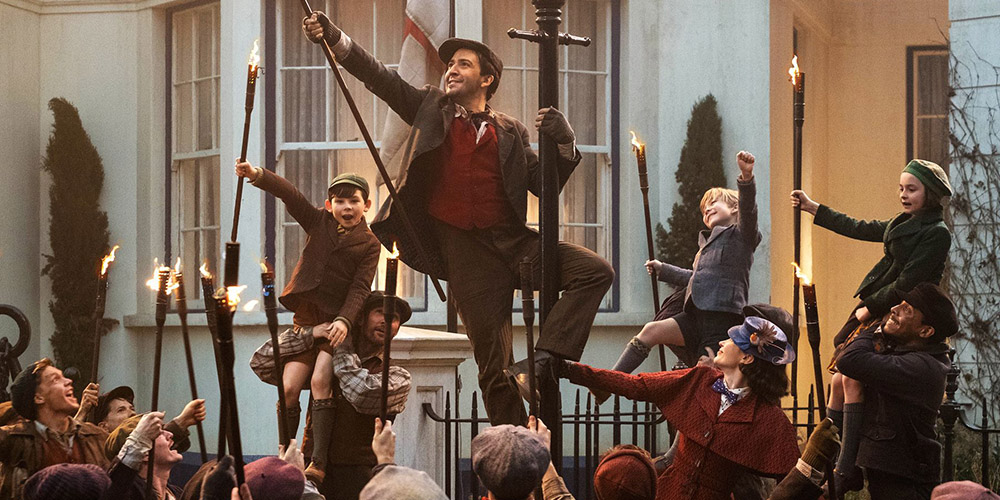 It’s new, but the bare bones that we know and love are still there underneath.

Mary herself functions much in this way. Emily Blunt retains everything she needs to from Julie, whilst never, ever straying remotely close to mimicry. She’s an absolute force of nature. Mary is haughtier, vainer, with a clipped voice straight from a forties radio show, but she still flourishes into a room in the same way – shoulder first, with a cocked neck and an expression that says ‘I know everything I need to about all of you.’

Though Blunt shines throughout – in the fantasy sequences, the comedic moments – she’s at her best when Mary’s poise slips, and we’re able to see the person (is she even human? Who knows) underneath. When she watches a now-grown, widowed Michael Banks despairingly scold his children as he reaches the end of his tether, or when she realises that, once again, the Banks family no longer require her services, we’re offered a moment of fallibility which beautifully offsets the ‘practically perfect’ exterior. There’s a woman behind the carpet bag and talking umbrella, and Blunt makes sure that we know she’s there.

She’s also ably supported by a wonderful ensemble cast. Ben Whishaw brings a wonderful, poignant grounding to the fantastical events of the film – his song, in which he sings alone to his deceased wife, is one of the biggest lump-in-the-throat moments of the entire film, and provides the storyline with the emotional weight it needs to function. The new Banks children work brilliantly as a unit – and even better when Julie Walters is there. 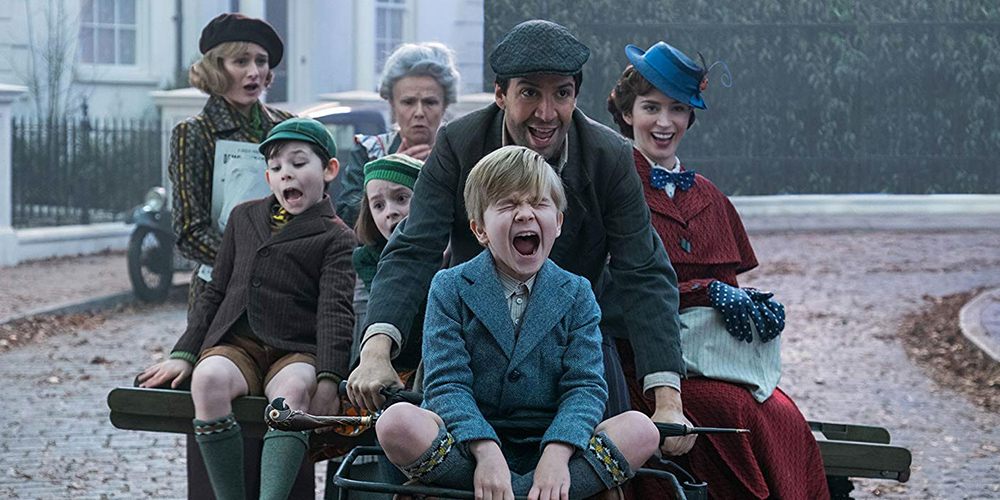 And as for Meryl – well. They gave Meryl a wig, a song, and an accent and let her have some fun – and boy, did she. Frankly, I’m surprised there was any scenery left after she’d spent her entire song chewing it. Every single cast member looks as though they had an absolute blast making this film, and it brings incandescence to every moment that’s almost impossible to replicate.

If there’s one thing as important as Mary herself, it’s the music. There aren’t songs which are immediate standouts as musical moments, and there’s nothing like Supercalifragilisticexpialidocious, for example. But the songbook overall is largely very strong, and there’s some brilliant set pieces which go some way to recovering the oomph of the original. There’s a brilliant fantasy dance sequence for Cover is Not a Book, a big, old-school song that’s got the sound of a music hall number – it’s the sonic equivalent of a wink and a nudge. There’s a touching solo from Blunt, The Place Where Lost Things Go, which tenderly touches on the idea of coming to terms with a loss. Importantly, every number is weaved well into the storyline, so there’s none of the awkwardness of a stunted segue between speech and song.

In a year full of dark, gritty dramas – brilliant dramas, but dramas nonetheless – it’s wonderful to be reminded that joy exists.