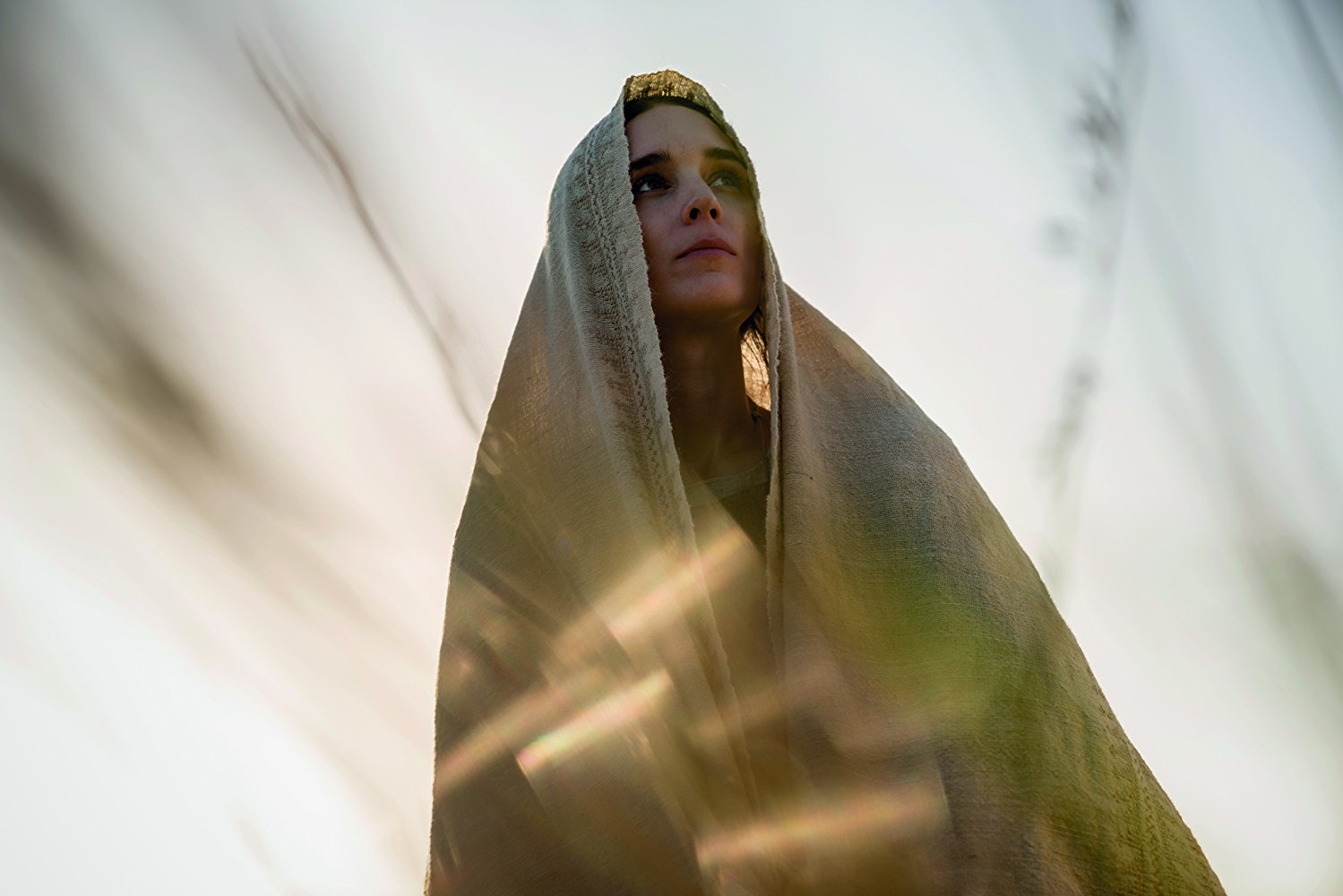 It’s hard to imagine that a film recounting the story of Mary Magdalene is going to have an immediate widespread appeal to today’s cinema audience. However, what lies at the root of Garth Davis’ film is ultimately a modern tale. An exploration of womanhood, faith and humanity that plays on emotion without resorting to grandstanding scenes of miracles.

Mary Magdalene (wrongly branded a prostitute) was a follower of Jesus but has only recently been recognised by the Vatican as an apostle (and as such, on an even footing with her male counterparts). Rooney Mara excels in the title role; a woman living in Magdala, who is expected to marry and conform to the expectations of her father and brothers. From the outset, her compassion and strength are clear, as we see her tending to a woman in the midst of a difficult labour. However, after shaming her family in the temple and declaring that she does not wish to marry, her family are convinced she is harbouring a demon. Their aggressive and unsettling attempt to cleanse her, cause her to withdraw from those around her.

When the man being hailed as the messiah passes through the town, Mary is drawn to him and chooses to follows him (and his disciples) on the road to Jerusalem. Mara encapsulates a quiet strength in Mary that is easy to admire whilst she seems to have few, if any poor qualities. Perhaps that doesn’t make for the most complex character arc, but then this is a story that revolves around its central message rather than its action.

As Mary enters this entirely masculine world, she is judged, feared and often left on the periphery. Her scenes with Judas and Peter (two fantastic performances from Tahar Rahim and Chiwetel Ejiofor respectively) ground the film in a relatable reality that is much needed. Rahim injects Judas with a pitiable sorrow and Ejiofor commands the screen whenever he appears. More time spent with his character could have been enlightening and created more conflict for Mary.

Joaquin Phoenix has the unenviable task of playing Jesus of Nazareth. How is it possible to portray such a figure without it seeming worthy and implausible. Is he the right man for the role? There’s no denying that he carries a certain aura on screen but more diversity would have been welcome. It’s a missed opportunity, but Phoenix does inject a humanity to the role which balances out the more earnest moments. Knowing that his time on earth will be limited, he conveys a palpable sense of fear that allows us to relate more to the story at hand.

Where the film may prove divisive is in the scene of Jesus preaching to a group of women. It is striking in its modern day parallels and addresses the position of women in an unequal society, ultimately asking how far we are able to engage compassion in our lives. That choice is the viewers and it may not be an easy one.

On the whole, the film steers clear of barbaric violence in favour of a story of emotion and compassion. Whilst this can at times feel preachy, the central performances and the direction of Garth Davis pulls the message back to more comfortable levels.

After the critically acclaimed and Oscar nominated Lion (2016), the bar is set high for Davis’s second feature and its unlikely that Mary Magdalene will hit the same heights. The subject matter will not be for everyone and you can’t help but wonder if the time for biblical epics has passed. Whilst it may not be crammed full of action or turning points, Davis has crafted a film littered with beautifully shot moments and strong performances, that ultimately strives to impart a heartfelt message.