What’s better than a Marvel movie? Well, being in a Marvel movie, of course! And, despite how much we might wish it, you can’t just become the Black Panther sadly. But don’t give up on the dream just yet, as London’s landed itself a brand spanking new immersive experience aimed at giving fans their very own journey into the Marvel Cinematic Universe. And its name is S.T.A.T.I.O.N.

Opening this weekend at Excel centre, S.T.A.T.I.O.N. – an acronym for Science Training and Tactical Intelligence Operative Network – is a fully fledged multi-room exhibit built out of iconic props and interactive games and designed to provide visitors with a simulation of entering the world of the Avengers as a new recruit for the team’s human support wing. We’ll let Cobie Smulders’ Maria Hill explain.

It’s an essential visit for many self-respecting Marvel fan, and no matter who’s your favourite Avenger, you’re guaranteed to be a little wowed. Our team comprised of one member of #TeamIronMan and one of #TeamHawkeye, and, would you believe it, both got their minds blown at the character specific fun presented them. 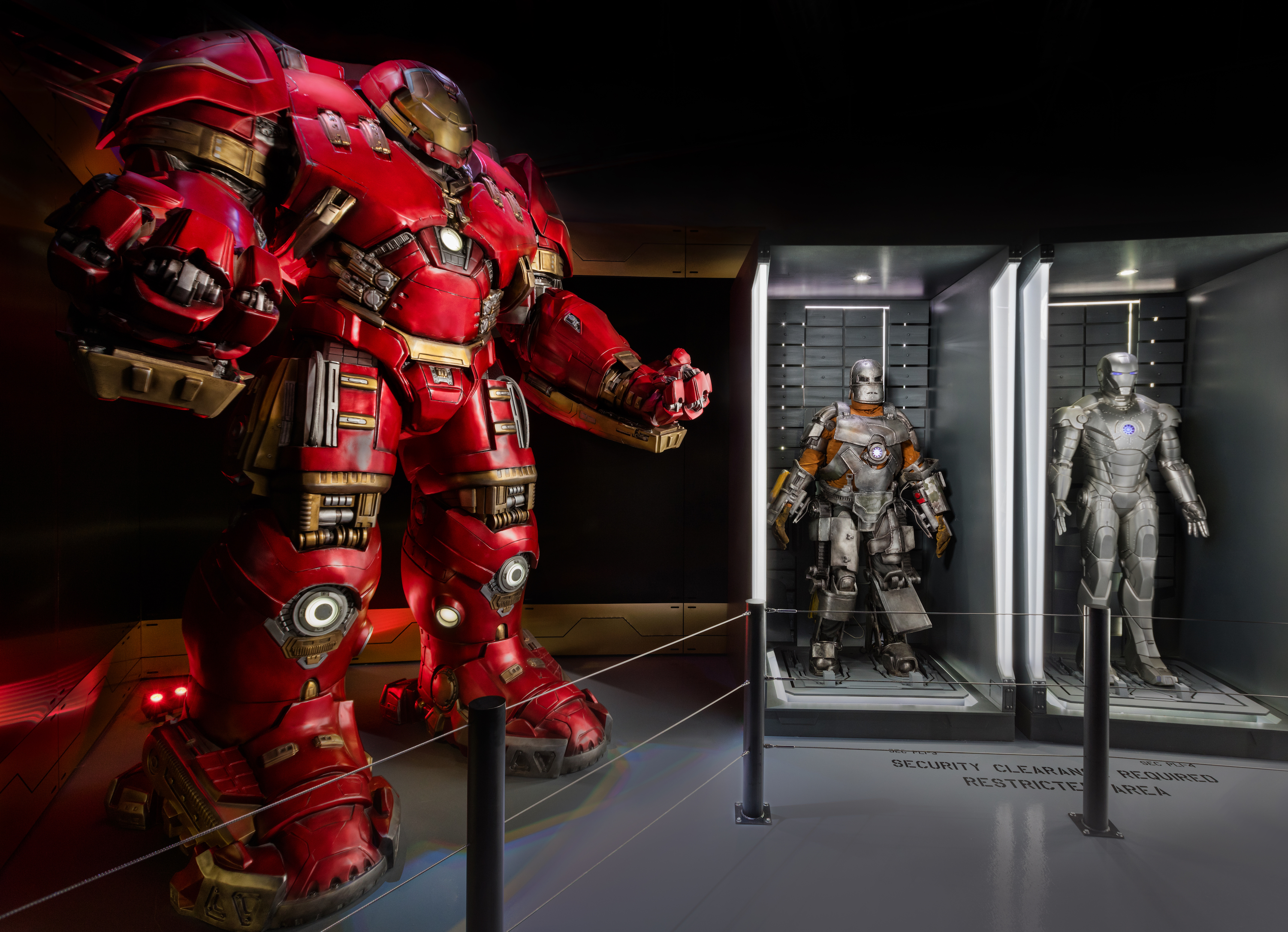 It’s quite a varied experience too, far from simply being a collection of props with some cool lighting, S.T.A.T.I.O.N. sports more than a few neat little interactive games throughout. If you’ve ever encountered the Kinect-style Iron Man games that toured to promote Iron Man 3 and Age of Ultron, you’ll have already encountered the Hulkbuster game, but that’s only a taster of what you’re in for here – with full blown robot target practice on the menu, a certain Infinity Stone to wield, and way more in the way of a big third act blow-out that’s absolutely in keeping with the movies themselves.

Photography’s permitted throughout, and so, anyone who’s ever wanted a pic of themselves holding Cap’s iconic shield or to stand toe-to-toe with the Hulk can get that on the Insta stories. And if you and your friends have never wanted to compete to see just which of you’s got the worthiness to lift Mjolnir, then why are you even friends?! 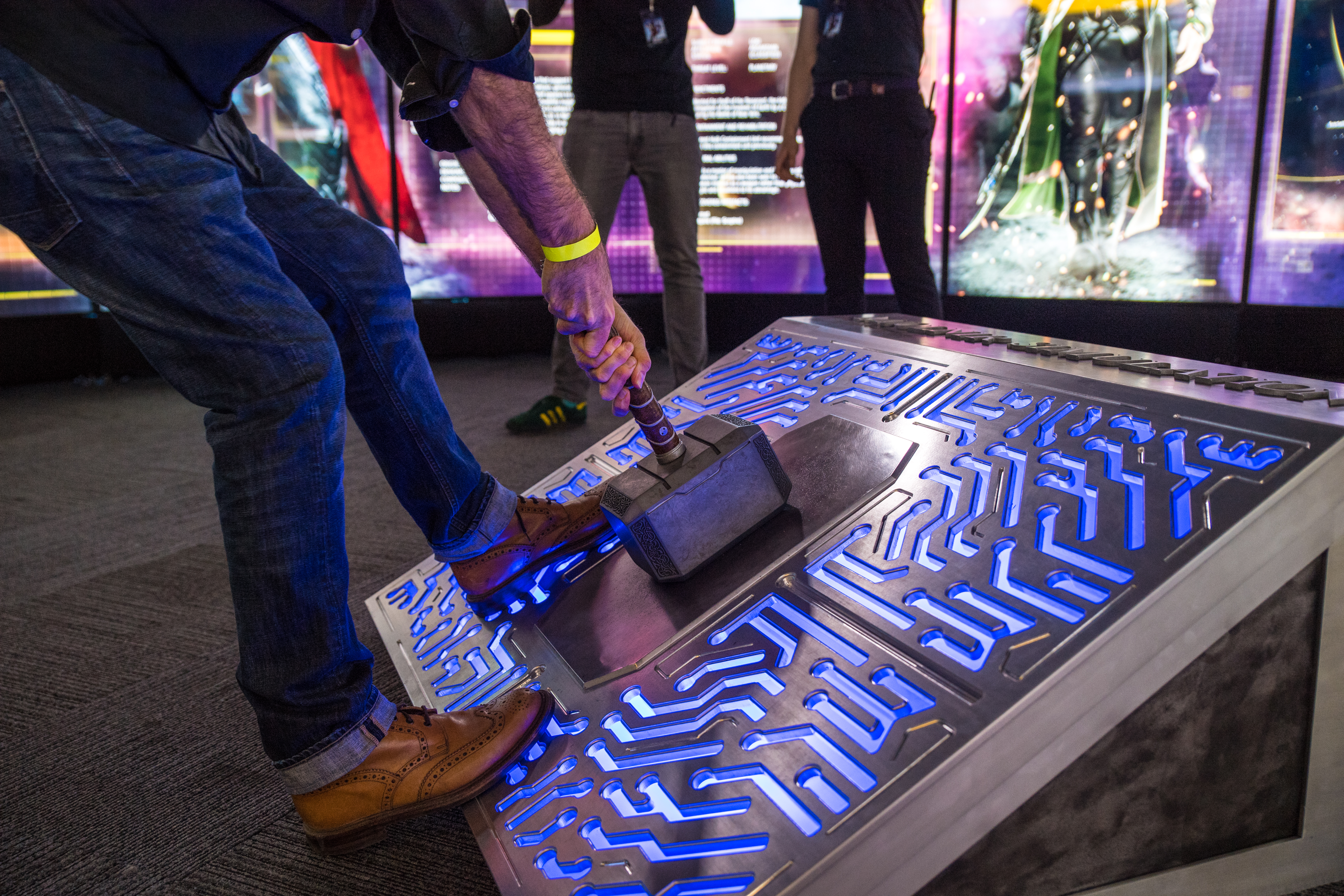 There are a couple of notable exclusions from – at least London’s wing of – S.T.A.T.I.O.N., there are no Guardians, for instance, and Spider-Man is strangely absent. You’d imagine though that this is down to there only being so much material to split between these venues throughout the world. It’s nothing you’ll complain about in the moment, certainly, and lord knows there’s more than enough on the comic book dazzle front to keep you well and truly giddy. We sent two grown men and they were giggling like baboons from end-to-end.

The staff were uniformly great – never breaking character, but also serving as pretty sharply insightful tour guides when asked. Just to poke the bear, I asked for a full tour of Iron Man’s Hall of Armor and got a level of detail thrown my way that I’m pretty sure the actual Wikipedia page doesn’t cover. The wrong staff can absolutely sink an experience like S.T.A.T.I.O.N., here they really do amplify it. 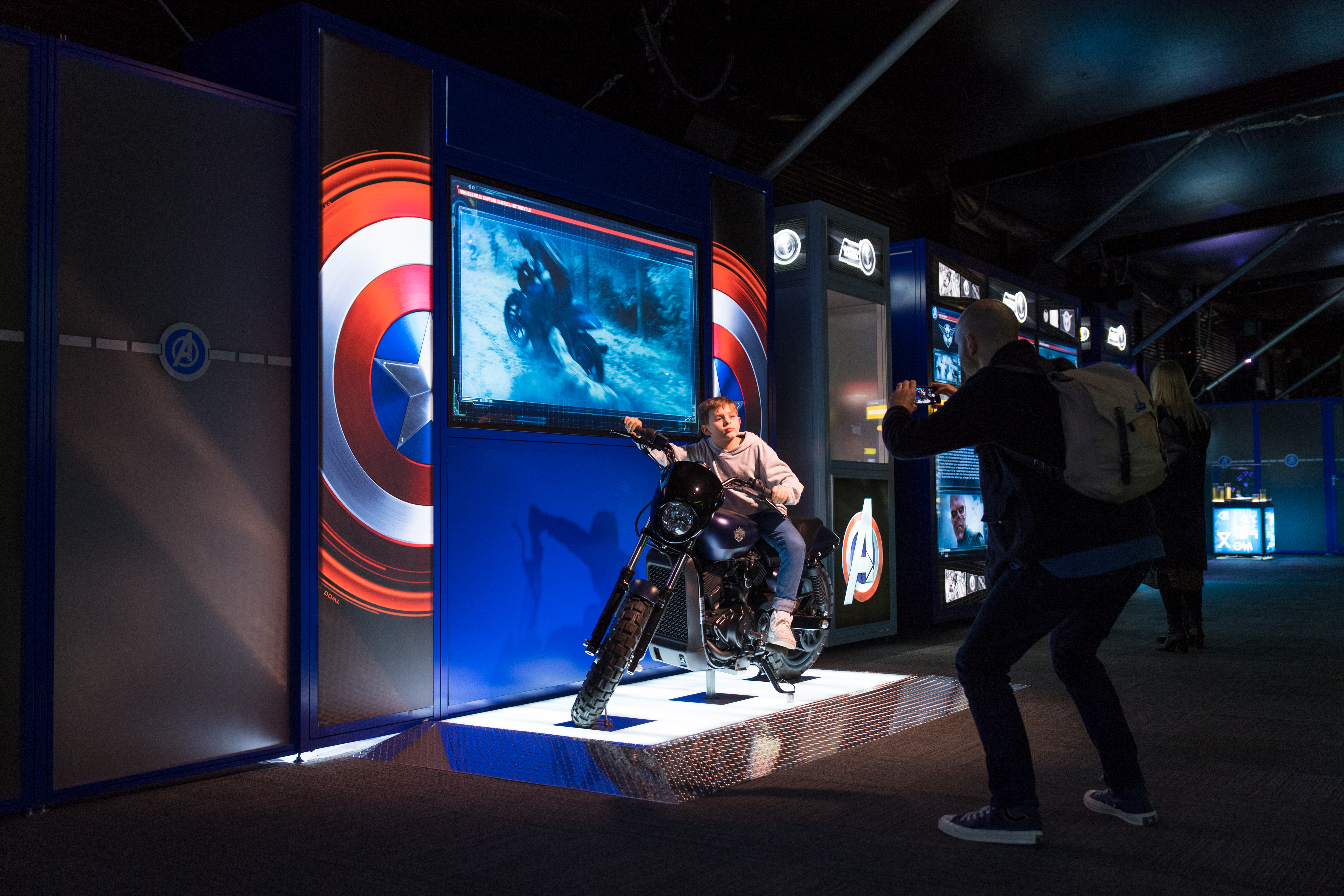 Before you depart, there’s a neat little Marvel gift shop – replete with suitable tie-in merch and actually priced pretty in line with the station RRP (which is shockingly rare). If there’s a complaint to be had, it’s that there’s not really any exclusive merchandise that ties in directly with the S.T.A.T.I.O.N. experience, and that’s a bit of a shame considering how much solid effort’s gone into it all, feeling like a bit of an oversight to an otherwise great experience.

It’s an essential destination for any UK-based MCU fan, and kids in particular won’t know what hit them. It’s bound to become a massive draw over the Christmas break, deservedly so, and it’s running all the way through to March 31st, so, if the demand’s as high as it very well could be, you’ll have plenty of time to make your own pilgrimage. Absolutely worth the visit, get assembled, head on down. For tickets and more information, head over to their official site here.